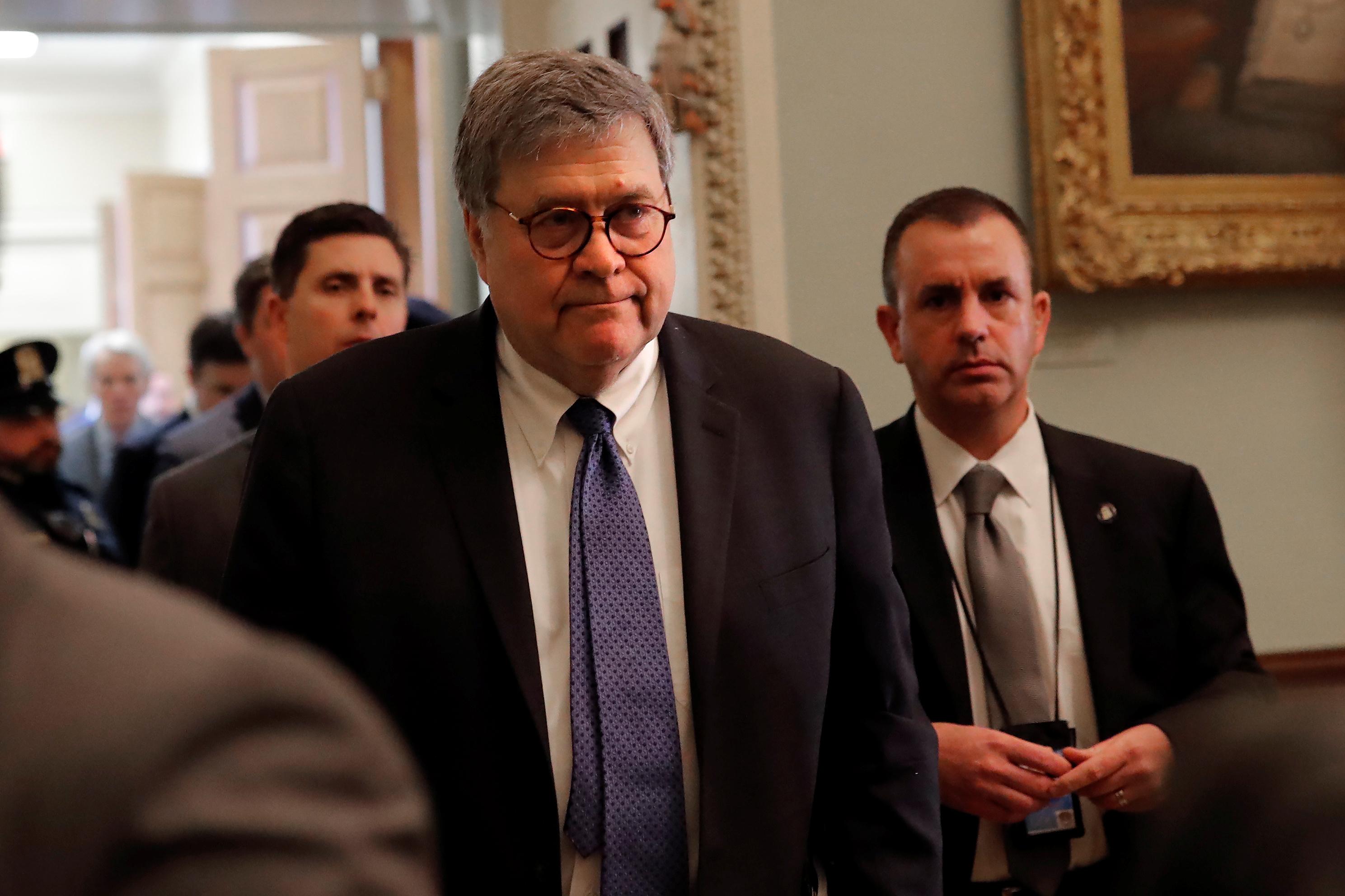 Barr has their “overwhelming support,” McConnell told reporters after Senate Republicans met with the attorney general, who faced criticism after the Department of Justice recently moved to overrule career prosecutors in a case involving the sentencing of Trump adviser Roger Stone.