The move could provide tens of thousands of people enrolled in a program that sent applicants to wait in Mexico a way to return to the United States to pursue their claims again. 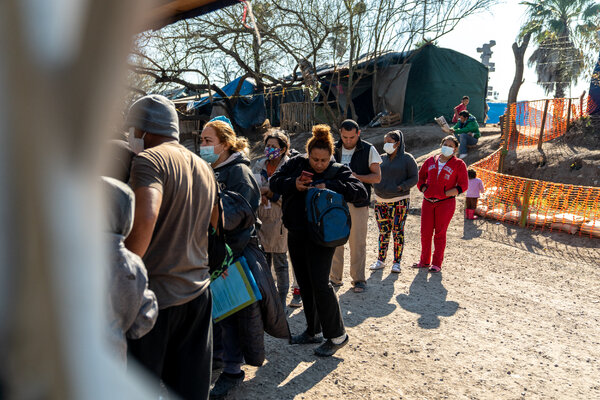 WASHINGTON — The Biden administration is broadening the pool of migrants who will be allowed to enter the United States to make asylum claims, in the latest effort to chip away at the restrictive immigration policies put in place under President Donald J. Trump.

The Department of Homeland Security said on Tuesday that on Wednesday it would start considering migrants whose cases were terminated under a Trump-era program that gave border officials the authority to send asylum seekers back to Mexico to wait for their cases to make it through the clogged American immigration system. The change could affect tens of thousands of people.

President Biden had already ended the program, known officially as the Migrant Protection Protocols. His administration this month started bringing in migrants enrolled in the program who had pending asylum cases.

In a statement, the department said the latest move was “part of our continued effort to restore safe, orderly and humane processing at the southwest border.”

While many immigration and human rights advocates welcomed the development, it will do little to alleviate the pressure on the Biden administration to stop turning away hundreds of thousands of other migrants, many of whom are also seeking asylum, who have been banned from entering the United States because of a public health rule put in place during the coronavirus pandemic.