Lucy Powell: UK should ‘align with EU on food standards’

The UK should align its rules on food standards and veterinary services with those of the European Union to resolve the current post-Brexit trade deadlock, a Labour MP has said. Lucy Powell, Shadow Housing Secretary, told Question Time on the BBC that there should be “flexibility on both sides” in the negotiations. The UK and the EU failed to reach an agreement in talks this week over the Northern Ireland protocol, with ongoing disputes over several areas including food standards and goods checks at ports.

Under the terms of the UK’s Brexit deal, the Northern Ireland protocol effectively keeps the country inside the EU’s single market and customs union.

This means that goods arriving in Northern Ireland from the rest of the UK are subject to EU standards and border checks.

The protocol has caused disagreement between Britain and the EU and has led to flare-ups of violence in Northern Ireland. 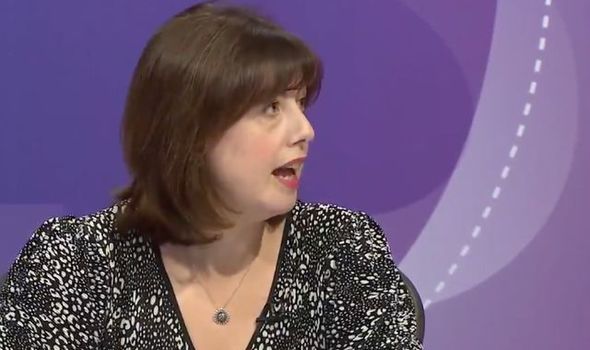 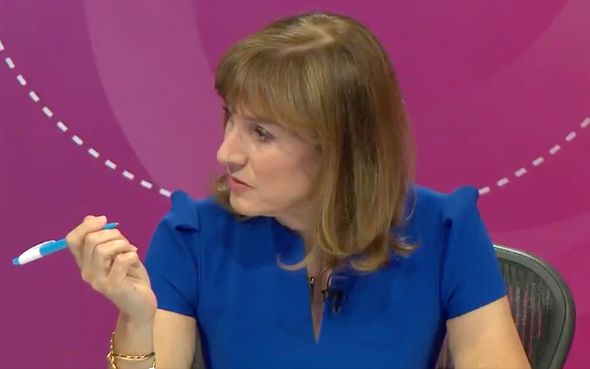 “And that it would not result in any checks or any barriers or any borders but that is now what we are seeing.

“In effect, there is now a border down the Irish sea.”

Host Fiona Bruce asked her: “So what would you do differently?”

Ms Powell replied: “So what we’re saying, which is what Biden has now been calling for I think in the last 24 hours, is that the British government should agree to align with the EU when it comes to food standards and veterinary services.

“That would get rid of most of the issues that we’re seeing.

“Because of course, the Government have said they want high standards in food safety and so on, so there shouldn’t be any problem for that.

“One of the reasons that the Tory party was so against this issue of alignment was because they thought that would stop them getting a trade agreement with the US.”

Joe Biden shut down on interference in post-Brexit UK-EU row ‘US needs to be quiet!’
Boris rubs EU’s nose in it: PM’s subtle Brexit dig at Brussels in his G7 summit menu
So much for friends in Europe! Fury as French newspaper says Boris ‘bullying’ EU citizens 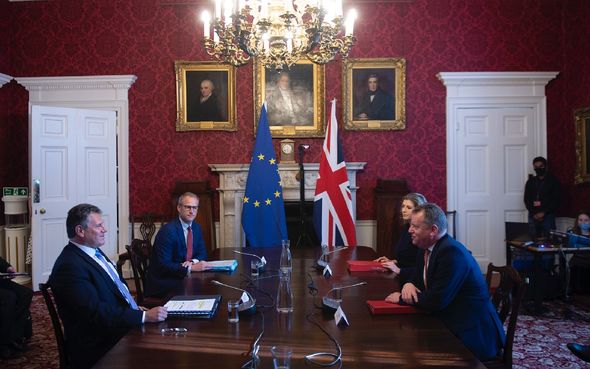 She added: “Well of course now that we’ve got this change in the administration we’re seeing a change in tone.

“So the Government have now got to get on with it. We do need flexibility on both sides and compromise because the EU can be quite absurd sometimes as well, but there is a way through this if the government is prepared to take it.”

The Biden Administration rebuked the UK Government this week for “inflaming” the situation in Northern Ireland and called for Britain to compromise with the EU.

American diplomats also said that if the UK aligned with EU agriculture standards, Joe Biden would make sure the Northern Ireland negotiations “wouldn’t negatively affect the chances” of a US-UK trade deal.