EU ‘in absolute panic’ over their vaccine rollout says Adler

It is a welcome shot in the arm for beleaguered shops and businesses who have endured a catastrophic 12 months since the pandemic first struck. And Mr Bailey predicted sunnier times ahead as he said the economy will “recover rapidly” from the end of March with even more growth than previously expected in 2022. Hailing the progress of the vaccination programme as “very good news”, the Governor said that economic output will surge as lockdown measures are eased throughout the Spring.

“The vaccine programme is excellent news and we do think that is going to support a sustained recovery for the rest of the year, beginning at the end of March. Obviously that is good news,” he said.

In a further boost the Bank of England hiked its prediction for economic growth next year from 6.25 per cent to 7.25 per cent.

The hugely positive economic news comes as new figures showed that almost 11 million people – one in five of all adults – have now had a coronavirus jab with ministers insisting the UK is “getting safer every day”. 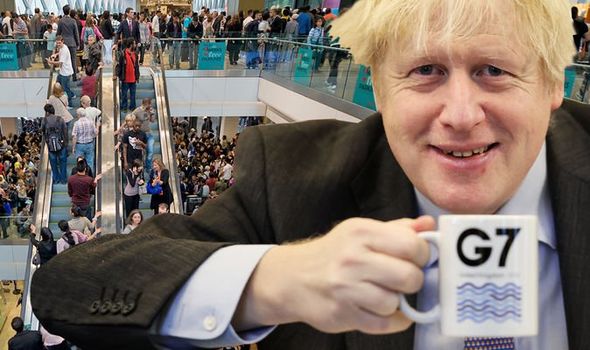 Health Secretary Matt Hancock said the UK remained on track to complete the vaccination of the top four priority groups by February 15.

“We are on track to deliver the commitment we have made of offering the jab to all of the top four priority groups by February 15,” he told reporters.

“I’m just so proud of the team who are delivering this, it’s going really, really well.

“You saw yesterday 10 million jabs done. Today we passed the threshold of one in five of the population who have been jabbed already.”

Every jab gets us closer to defeating the virus, so please come forward when you are called for the vaccine

Vaccines minister Nadhim Zahawi told MPs in the Commons “Our nation is getting safer every day.”

“We’ve also visited every eligible care home possible with older residents in England and have offered vaccinations to all their residents and staff.

“This means we are currently on track to meet our target of offering a vaccine to the four most vulnerable groups by mid-February.”

Boris Johnson has signalled he will end the lockdown on March 8 with the reopening of schools.

He will reveal the country’s roadmap out of restrictions on February 22 which could pave the way for workers to return offices later in the Spring.

And the Prime Minister tweeted tonight: “One in five adults in the UK has now received a first dose of the vaccine.

“Every jab gets us closer to defeating the virus, so please come forward when you are called for the vaccine by the NHS.” 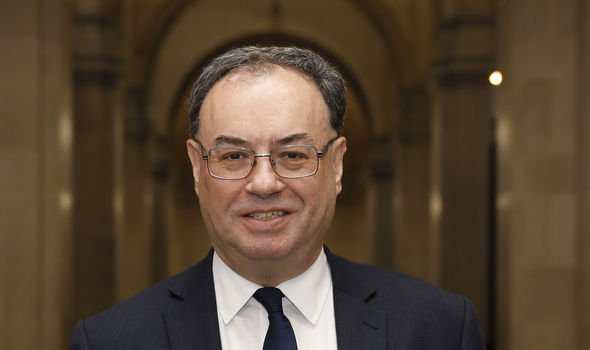 Mr Cherry said: “What we now need to see is a comprehensive roadmap from the government outlining how we get back to something resembling normality through a combination of vaccines, a functioning test and trace system and the right business support.

“Gaps in the help available to firms remain. Directors, the newly self-employed and those in supply chains are still left out almost entirely.

“As things stand, business rates reliefs, bounce back loan grace periods and the job retention scheme are all set to end in the next few months – we urgently need to see these windows extended.”

The Bank’s quarterly monetary policy report notes that the recovery in spending could be stronger if consumers who have built up savings during lockdowns splash out more than current projections – which suggest they will only burn through 5 per cent of them.

Data suggests that between March and November last year, households stashed away over £125 billion more than they usually would, and will have accumulated even more since then.

Rishi Sunak says ‘all support will be reviewed in budget’

“The current environment is clearly highly unusual historically, and there are reasons to think that households may choose to spend more of their recently accumulated savings,” the Bank said.

Meanwhile, millions of workers remain on the government’s furlough scheme, while redundancies increased sharply at the end of last year.

The Bank still expects that unemployment will peak at 7.75 per cent this year.

Its Monetary Policy Committee (MPC) also held interest rates at a record low of 0.1 per cent but has also asked High Street banks to get ready for the possibility that they could fall below zero in the future.

Forecasts made alongside the rates decision also showed the Bank believes the UK will narrowly avoid a double-dip recession, as defined by two successive quarters of falling output.

Howard Archer, at the EY Item Club, said the Bank kept rates on hold as it “chose to look to the brighter longer-term prospects for the economy which will stem from the progressive rollout of the Covid-19 vaccines”.