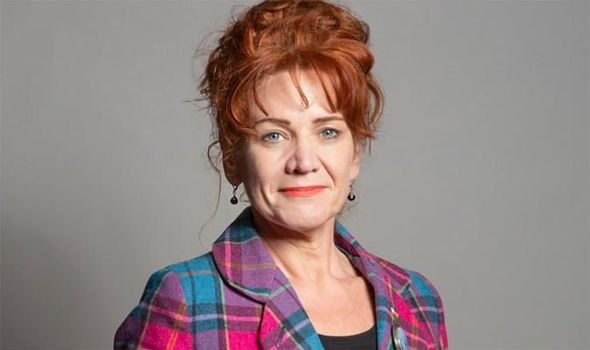 Wrexham MP Sarah Atherton’s defence committee investigation revealed earlier this year that nearly six out of 10 currently serving women had experienced behaviour such as bullying, harassment, and discrimination. Servicewomen were more than 10 times as likely than servicemen to have been sexually harassed in the last 12 months.

The Government has now accepted a raft of recommendations from the report but not the call for rape cases to be heard outside the military system. MPs will have the opportunity to debate the report’s findings this Thursday.

Ms Atherton, who served in the intelligence corps, said: “Put simply, all military rape cases should be heard in civilian courts, not military courts. Military women should have the same access to justice as civilians.”

She is convinced that the present court martial arrangements are failing to deliver justice.

He said: “It’s not just the recommendation of this powerful report that calls for military rape cases to be heard in civilian rather than military courts but also the review of Justice Lyons who was asked by the MOD to look at the very same issue. “Military courts have limited experience in judging such serious offences far better for them to be considered in civilian courts.”

The Government says it is “determined” to ensure there is female representation on court marital boards looking at sexual offending but has rejected the call for rape cases to be heard before civilian courts.

Writing for the Sunday Express, Conservative MP Ms Atherton made the case for change, stating: “Over the last five years, the average conviction rate for rape in civilian courts when using Ministry of Justice data is 34 percent; over the same five years average the conviction rate in military courts for rape is just 16 percent. If you take CPS data, the figures are even worse.

“In practice, this means that a military woman is less likely to get justice than a woman on civvy street.”

Ms Atherton welcomed the wider commitments the Government has made to protect women in the armed forces.

She wrote: “The MoD has also agreed to remove the chain of command entirely from complaints of a sexual nature, to work to a target of 30 percent women in the armed forces by 2030, to introduce an independent investigatory body, along with a raft of day-to-day improvements including alterations to body armour sized for women and access to sanitary products. This will, without question, enhance the experiences of female service personnel and their sense of being accepted, valued and respected.”

Former defence minister Johnny Mercer said that when he had been at the Ministry of Defence he believed the evidence showed “we should remove serious and sexual offences from the military justice system in order to reassure victims and try and get better outcomes for them”.

But he added: “The Defence Secretary had a different view; he retains that view as is his prerogative, but he was certainly the only man individual in the building who held that view when I left, and I am yet to see clear evidence to back up his position. That however doesn’t seem to worry him.”