Speaking to reporters as he arrived in Brussels on Thurdsay, Mr Oban warned he will expect a “victory for common sense” as he warned Europe must show health and financial support to the citizens of the member states most in need after the coronavirus pandemic. He said: “What’s important is not just the victory of the European Union but we are fighting for the victory of common sense.

“Because it’s obvious that when our nations and so many millions of people are in real need because of the pandemic and the economic consequences of that, we have to behave reasonably and to find a way for reliable approaches and a victory for common sense.

“To provide pandemic health services to the people who are in need and to provide financial assistance for those countries who are really in need to have it for their people.

“So we have all to hope for today.”

Mr Orban’s cabinet chief said on Thursday there is a chance for an agreement on the European Union’s next budget and recovery fund as the bloc’s leaders met for a crunch summit. 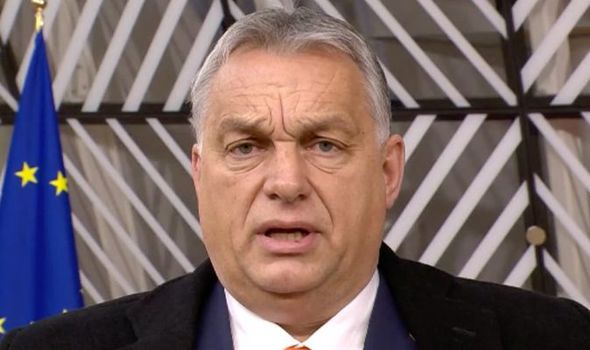 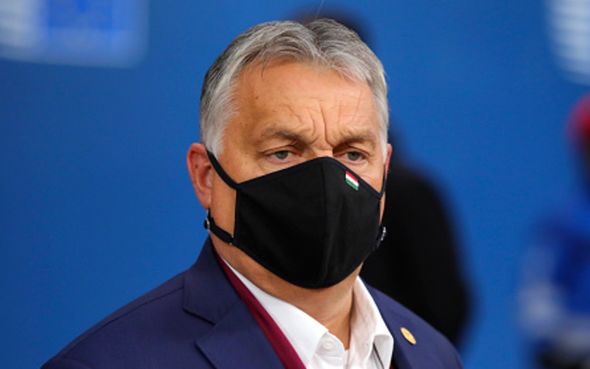 Poland and Hungary have been blocking the 2021-2027 EU budget and coronavirus recovery fund because their nationalist governments oppose a clause linking the release of funds to rule-of-law standards.

But on Thursday a compromise appeared to be close which Hungary said contained “all the important guarantees” that it and Poland needed.

Cabinet chief Gergely Gulyas told a press briefing that part of the compromise – allowing countries to turn to the EU’s top court to test any rule-of-law procedure – could delay any such procedures from taking place until at least 2023.

There was no immediate comment from the EU on that point.

The EU has long been at odds with Warsaw and Budapest, accusing them of flouting democracy standards by imposing political controls over the judiciary, media and other institutions.

Poland and Hungary vow to retain veto from EU budget

Poland and Hungary deny such policies threaten the rule of law and cast the issue as meddling in their internal affairs.

“There is a compromise, which is acceptable for Germany and meets the conditions of Hungary and Poland, therefore, there is a chance that we can book this victory at today’s EU summit and heads of state and government can approve the documents unanimously,” Gulyas said.

He added that, under the compromise, the rule-of-law mechanism could not be applied until the EU top court made a ruling.

“This means that if we attack the resolution in February, then for another year the rule of law mechanism cannot take effect and even after that the Commission has to work out the principles of its operation, so there won’t be any rule of law proceedings launched before 2023,” Gulyas said.

Mr Orban, who has been in power for over a decade, faces parliamentary elections in early 2022.

The Hungarian forint and the Polish zloty extended gains versus the euro on Thursday on hopes that European Union leaders will work out a budget deal, while stalled talks over US stimulus measures kept most emerging market assets under pressure.

Poland and Hungary provisionally accepted a budget proposal from the German presidency and are now awaiting further approval from the Netherlands and other sceptical member states, a Polish official said on Wednesday.

Both countries had blocked 1.8 trillion euros ($2.18 trillion) in EU funding because they oppose a clause linking the release of funds to the rule of law.

“Breakthroughs in the EU budget debate may further accelerate the PLN and HUF recovery, with these two currencies likely to continue to outperform the CZK,” UniCredit analysts said in a note.