Ministers are demanding a new long term solution be found to problems caused by the Northern Ireland Protocol, accusing the mechanism of damaging Britain’s internal market. Lord Frost admitted over the weekend the measure, introduced as part of the Brexit withdrawal agreement, had been more damaging than anticipated.

Bureaucratic paperwork is now required for some goods travelling to Northern Ireland across the Irish Sea.

While the UK is seeking to replace the Protocol, the EU has insisted the withdrawal agreement must be implemented in full.

Critics of the Government’s deal have said Britain should align to EU standards in order to ease the red tape.

But writing on social media today, Lord Frost said he had already presented Brussels with similar proposals and was awaiting the EU to fully engage on the subject. 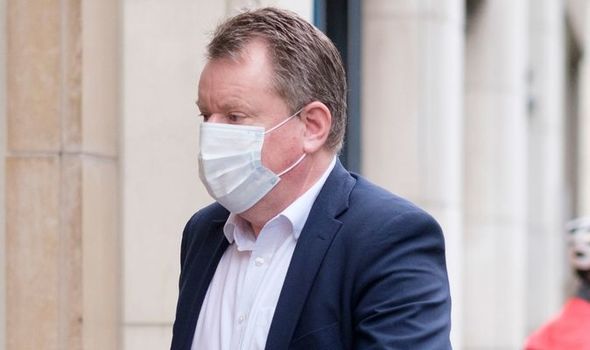 He said: “There are many calls today for us to try to reach a veterinary agreement with the EU.

“However some observers seem to be under a misapprehension about the UK’s position.

“We have always been open to such an agreement, and I have said so often.”

He added: “We have already sent a proposal to the EU – it’s just not one based on alignment, ie losing control over our own laws.

“We continue to be happy to talk whenever the EU is ready.”

Brussels has said it will only consider such an agreement if the UK signs up to following EU rule and regulations on goods, while Lord Frost wants the bloc to admit that the two territories have such similar laws there is no need for customs checks.

The UK position would allow for the two areas to diverge on areas of regulation in the future.

Lord Forst’s latest intervention comes ahead of a planned meeting of the UK-EU joint committee on Brexit later this week.

The committee was set up in the aftermath of Britain’s exit from the bloc to oversee relations between London and Brussels and to ensure the Brexit deal is being properly implemented.