EU Commission President Ursula von der Leyen said she was launching a “Global Health Policy Forum” this morning, as she delivered a speech in Rome for the G20 health summit.

She said: “Experts, scientists, philanthropists, civil society organisations; your input was precious ahead of the Summit.

“So that your voice and expertise can continue guiding and inspiring us.”

The boasting statement sparked the fury of former Brexit Party MEP Martin Daubney who questioned the EU executive leader’s authority on matters of health after her poor handling of the bloc’s vaccination strategy. 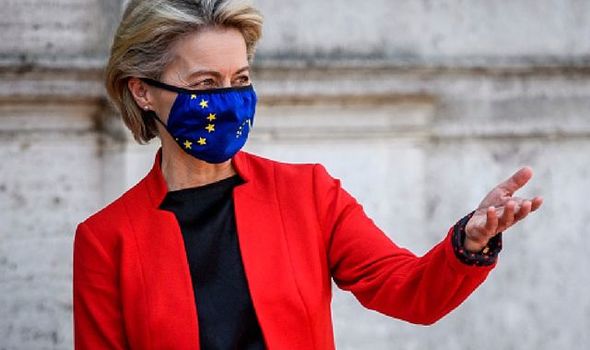 He blasted: “What gives the EU authority on ‘Global Health Policy’ when their last response to global health was to blockade vaccine exports to the UK and Australia?”

Earlier this year, the Commission threatened the UK with a ban on vaccine exports and Italy blocked a shipment of jabs reserved for Australia.

Leaders of the world’s largest economies kicked off a global health summit on Friday, where drugmakers were expected to promise cut-price supplies of vaccines for poorer nations to help end the COVID-19 pandemic.

The Group of 20 nations looked set to call for voluntary licensing and technology transfers to enable a rapid increase in vaccine production, but will sidestep a push from the United States and other nations to waive valuable patents for shots.

The European Union also promised to set up vaccination manufacturing hubs in Africa, which faces a dearth of doses.

The one-day virtual event, hosted by G20 president Italy and the European Commission, is billed as the first major summit to focus on ways to overcome the health crisis, which has killed millions, and prevent future such disasters.

Italian Prime Minister Mario Draghi said in an opening speech: “As we prepare for the next pandemic, our priority must be to ensure that we all overcome the current one together. We must vaccinate the world, and do it fast.”

While inoculation campaigns are in full swing in many developed nations, helping trigger a dramatic fall in new cases, very few shots have reached less developed countries, where the virus is still raging, sometimes out of control. 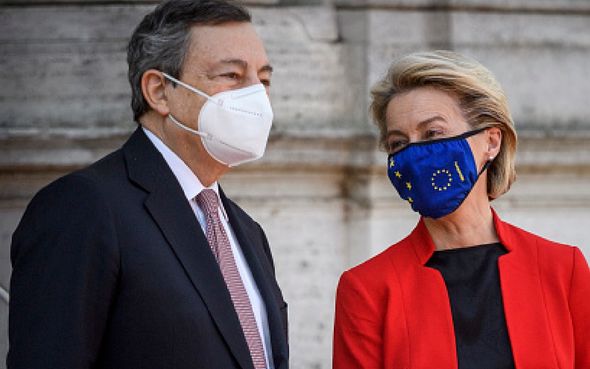 An array of leaders, including the presidents of China, India, France and South Africa, are due to address the meeting along with the heads of multinational organisations, the US philanthropist Bill Gates and numerous health experts.

However, US President Joe Biden was not listed among the speakers, organisers said.

The Biden administration earlier in May backed calls from many developing countries for a waiver of patents for COVID-19 vaccines, in the hope that would boost production and allow for a more equitable distribution of shots across the globe.

The draft final declaration seen by Reuters does not mention such a mechanism, which has been contested by some European nations, who have instead called for the removal of US trade barriers that they consider the main bottleneck preventing a ramping up of vaccine production.

In her opening speech, European Commission President Ursula von der Leyen said Europe would donate at least 100 million doses to poorer nations by the end of the year.

The world leaders look set to recognise the importance of the so-called ACT-Accelerator, a tool of the World Health Organisation (WHO) to distribute COVID-19 vaccines, drugs and tests across the world.

However, dashing initial expectations, they look unlikely to commit to fully fund the programme, which is still $19 billion short of achieving its goals.

Leaders are likely to say that one option to help poorer nations is sharing vaccines that wealthy countries have already purchased, but there are no firm commitments on this in the final text.

The WHO co-led COVAX program, which is dedicated to equitable global vaccine distribution, is mentioned as one option for providing donated doses to countries.