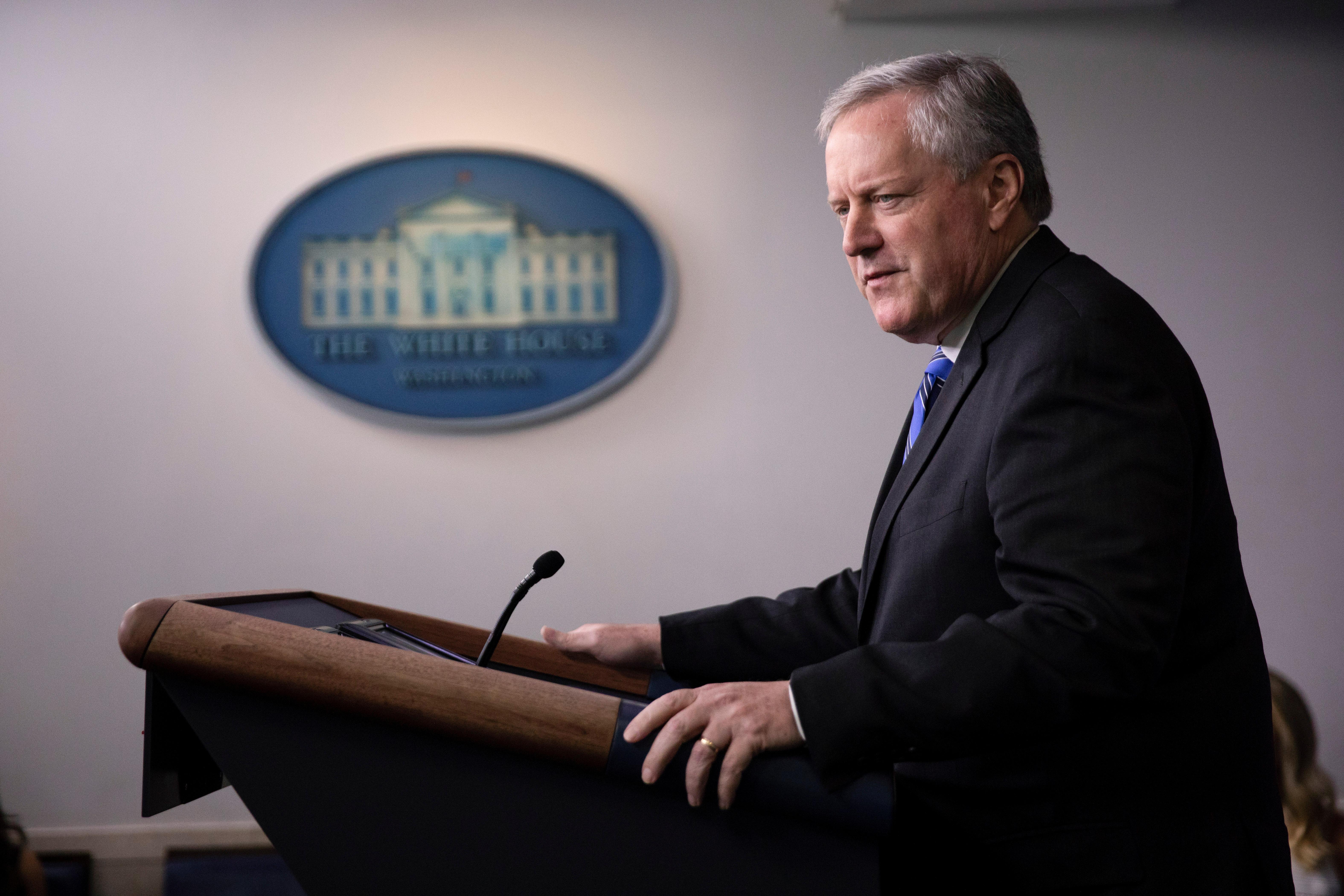 In an interview on CNBC, Meadows said he expected Senate Republicans’ legislation would be “more targeted” than House Democrats’ offer and could either be used as a building block or be passed on its own while negotiations continue.

Congressional negotiations on further federal intervention amid the novel coronavirus pandemic remain at a standstill after the Democratic-led U.S. House of Representatives passed its $3.4 trillion measure back in May.

Republican President Donald Trump and his administration have said they could support a $1 trillion bill. Democrats offered to split the difference with a roughly $2 trillion compromise, but there has been little movement.

Meadows told CNBC the administration “was nowhere close” to Democrats’ $2 trillion offer but added: “We’ll get there in the end.”

It was unclear whether Senate Republican Leader Mitch McConnell planned to take up the bill next week. Republican Senator John Barrasso said a conference call with Treasury Secretary Steven Mnuchin and the White House was scheduled for later on Tuesday to discuss the matter.

Asked about efforts to aid airlines, which have furloughed or laid off thousands of workers and curtailed flights as the outbreak had upended travel, Meadows said any aid “remains an open question” and that the administration is “looking closely at a number of executive actions.”

Meadows said he and Mnuchin met with Trump late on Monday and that the president tasked them “to get as creative as we can within the confines of the law to put forth as much money as we can so we can keep this economy going.”