Greek prime minister Kyriakos Mitsotakis ordered the German Chancellor to concentrate on accelerating her vaccines rollout rather than dreaming up new draconian travel restrictions. Berlin wants to slap a mandatory 14-day quarantine on all arrivals from the UK and has been lobbying for support this week at a summit of EU leaders in Brussels. The bloc’s prime ministers and presidents were left divided after Mrs Merkel and France’s hardline president Emmanuel Macron demanded more measures on Britain.

Member states are expected to declare the UK as a “variant area of concern” at a meeting on Monday.

EU health officials fear that the Delta variant, first discovered in India and dominant in Britain, could soon spread like wildfire across the bloc.

As a result, eurocrats and diplomats working on the EU’s Integrated Political Crisis Response committee could slap Britain on a travel “blacklist” to encourage member states to introduce tougher travel measures.

Germany and France will move on Monday to table binding travel restrictions for all zones where the Delta variant is prevalent. 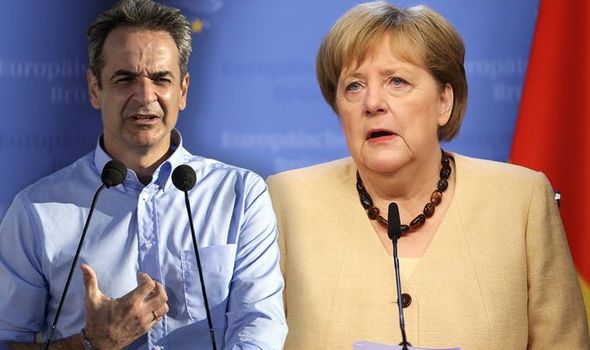 But countries reliant on tourism are set to stage a fight-back against the plans to ensure Britons can enjoy their summer holidays on the Continent.

Greece, Spain, Cyprus, Malta and Portugal are expected to be most vocal in opposing the measures, according to insiders.

At a post-summit news conference, Mr Mitsotakis said: “We should not adopt a logic of new restrictions, but on the contrary accelerate the vaccinations. 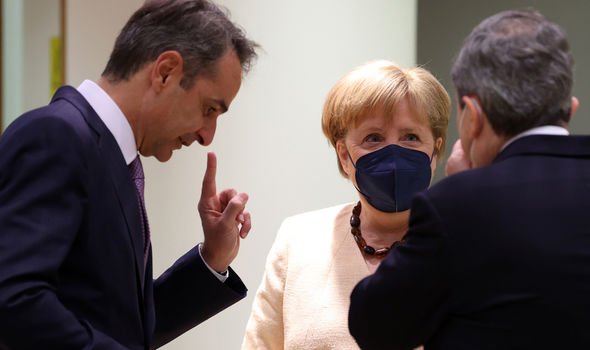 Spain has railed against the Franco-German quarantine plan but could start demanding a negative test from all arriving Britons.

An official in the Balearics government, which covers Ibiza and Mallorca, said: “We have fought a long time for the British to come.”

Malta will also carry on letting UK travellers in, but only those fully vaccinated will be allowed to skip self-isolation.

MUST READ: ‘GET OUT!’ Viktor Orban asked to leave bloc after furious summit row 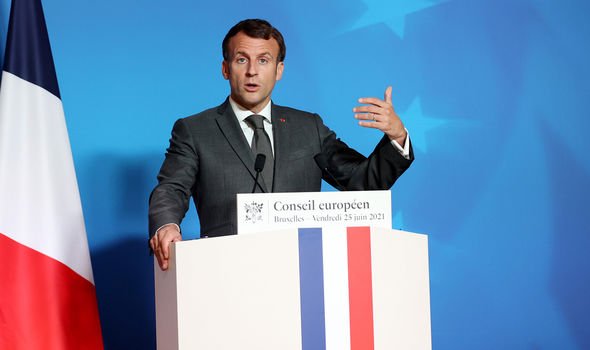 Dutch prime minister Mark Rutte, whose country is making all British visitors quarantine, said it was up to each EU country to set its own entry requirements.

He told reporters: “Malta and Spain are being a bit more lenient maybe than some other member states but that’s up to them, they can do that.”

The veteran EU leader said: “In Great Britain and Israel, who are further ahead with the vaccination, we can see strongly increasing incidence rates and we also see that hospitalisations apparently increase with this variant.

Mr Macron, her closest ally in the battle to ban Britons, insisted that EU states “stay vigilant” and “harmonise our rules on the matter of opening to third countries” like the UK.

“That’s the best strategy against these variants.”

She added: “We are worried about the Delta variant.

“It is rapidly progressing also speeding up here.”