Thousands of women rally in front of Argentina’s Congress to relaunch campaign for legal abortion. 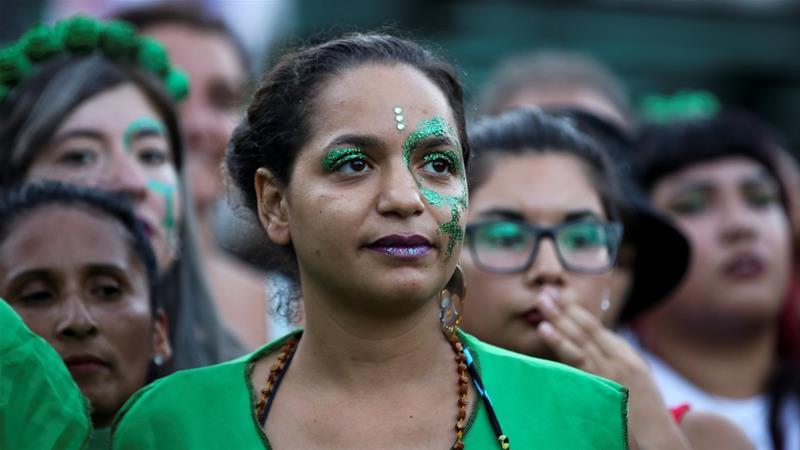 Thousands of women rallied in the Argentine capital of Buenos Aires on Tuesday to relaunch a campaign for legal abortion after an abortion rights bill suffered a setback in the Senate last year.

Waving green handkerchiefs, women chanted and held banners that read, “We all abort, the rich girls stay quiet, and the poor die.”

Campaigners aim to keep the debate alive in the civil society and to push for new legislation.

“Today, there is a social decriminalisation of abortion. We had positive results in the Congress [last year],” an activist told the AFP news agency.

“Unfortunately, the Senate is not responding as representatives of the people, but is responding to the conservative hierarchies of each province.”

A new bill will be submitted to the government on International Women’s Day – March 8, AFP reported.

Abortion is legal in Argentina only in cases of rape or when the pregnancy poses a risk to a woman’s health.

Rights groups have also criticised a requirement for a judge’s permission, which often results in lengthy delays or denial of the procedure.

Last year’s bill sought to legalise elective abortion for pregnancies of up to 14 weeks.

Momentum for new legislation grew after President Mauricio Macri said he would not stand in the way of the debate.

Argentina‘s abortion rights movement, backed by feminist groups, argue that legalisation would end unregulated abortions that government data show as one of the leading causes of maternal deaths.

Despite Tuesday’s mass protest, it is unclear whether the government will promote a debate during an electoral year that has divided the country, and normally leads to mass demonstrations.

“We are still here, fighting and resisting because within that Congress there are people who do not know anything about what women go through in the most humble neighbourhoods because there is another way to access abortion but it does not have to be done like that,” professor and activist Antonella Castiglione, told the Reuters news agency.

“Abortion has to be legal at hospitals so that no woman dies because of an illegal, unsafe abortion, in very poor conditions.” 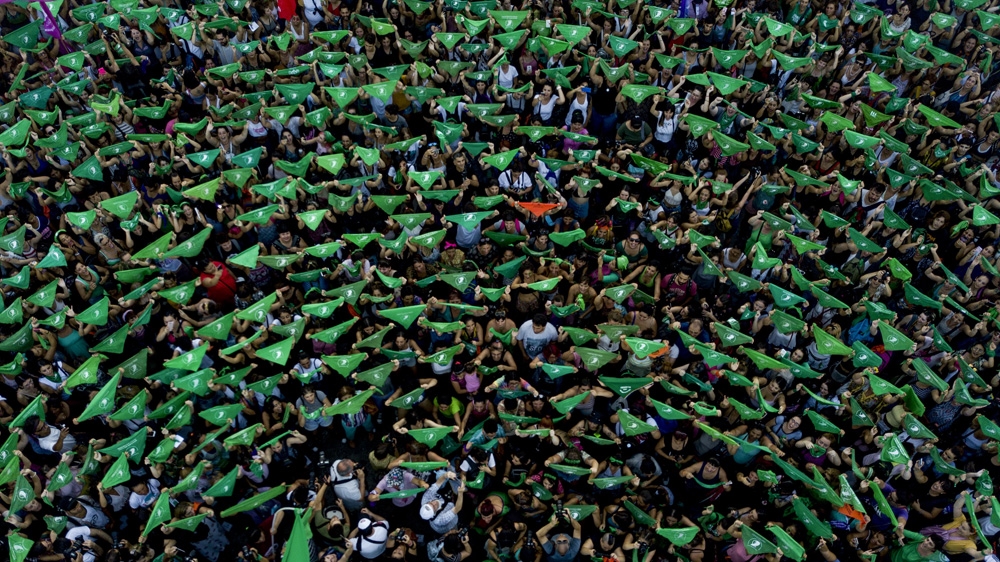 More than 60 percent of Argentinians – especially young people – are in favour of legalising abortion, according to a poll by the social sciences faculty of the University of Buenos Aires.

An estimated 500,000 unsafe abortions are performed annually in the South American country.

Argentina recorded 245 cases of maternal mortality in 2016, according to official figures quoted by the website Infobae. Of these, 43 were due to abortions or miscarriages.