The Daily Express has heard harrowing tales of young people being used as sex slaves and suffering torture, shootings and extreme poverty after they travelled to Iran in search of work. The withdrawal of US troops from Afghanistan, rising numbers of terrorist attacks across the country and jobs vanishing during the winter months will lead to more attempting the crossing – despite the threat of death. One teenager, who endured vile abuse and humiliation by Iranian police after leaving home to feed his family, pleaded with British families for help.

Ahsan, who twice attempted the crossing last year before his 18th birthday, said: “Britain can do a lot because they are in a better situation.They are not at war.”

The Daily Express has linked up with UK-based aid charity War Child to help the young victims and is launching a Christmas appeal Torn From Home for fundraising help today.

Eshaq Karimi, War Child UK’s project manager in Afghanistan, said: “They are victims. They are survivors. They are looking out for their families. They risk their lives, their future, everything to make sure that their families – particularly sisters, younger brothers, their mother – have a better life.”

Foreign Secretary Dominic Raab said: “No child should have to leave the safety of their family and find work because of war.

“UK Aid Match gives the public the chance to double the impact of their donations to some of their favourite charities.

“With your support, War Child UK will be able to help keep children affected by war in Afghanistan at home and safe, with the support they need to reach their fullest potential.” 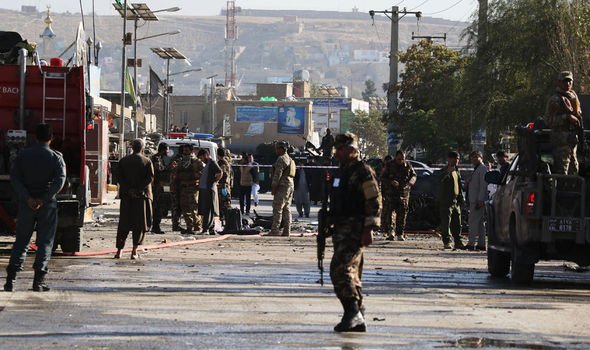 War Child rescues the unaccompanied minors from the border and takes them to a centre in Herat Province and attempts to trace their family.

And they spend around 2,000 Afghan Afghani (£20) helping every child get home.

Rahim, 14, sitting in charity War Child’s rescue camp near the Afghanistan border, told the Daily Express: “I look for work here but I can’t find anything for even 50 Afghans (50p) every day because of the security situation, because of the civil war in Afghanistan.”

The teenager, who left his father and mother at home, witnessed two children being shot to death, beatings and people trapped in the wreckage of a car along the smuggling route during the twoweek journey to Iran.

But he said he must make the journey again amid increasing desperation for work as he still owes the people smuggling gang 2.5 million Iranian Rials (£45).

He said: “My friends and family told me, don’t come, it is dangerous, you can’t find work here.

“But what can I do here? I have to. It is a must. I don’t have work here, so I have to go there. We didn’t have enough food. People told me that sometimes the smugglers kill people, sometimes police shoot at the people crossing the border.

“Sometimes when the vehicles are going fast, they turn over, and your hands and legs can break, so I shouldn’t make this journey.

“I missed my family a lot, but what could I do? I need to work. When we were crossing the border, there was a canal dug to stop people crossing, five or six metres deep.

“When we were in the canal, two of us were shot and killed.”

The 14-year-old worked as a pistachio picker in Iran before he was caught and could not collect his wages.

Asked if he would make the journey again, he said: “If I find work here, even for less than 50 cents a day, I will stay here, I will work here. Otherwise, if it goes like this, I must. I worry because of the smugglers. “I have to borrow this money from somewhere. I have to pay him.” 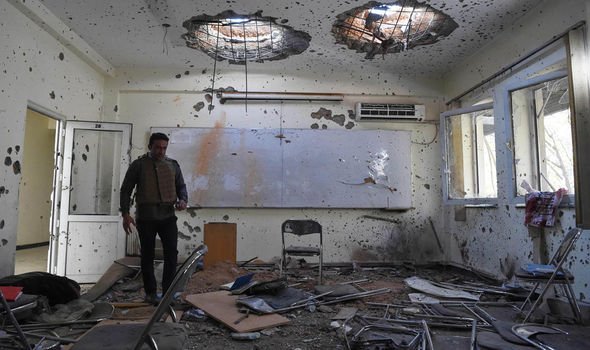 His father Ashir added: “They have nothing to eat. Sometimes they reach Iran and other times they don’t and they get sent back or they die.

“Making this journey is the only option left. It breaks my heart. These are kids. But what should they do?”

The heartless people smugglers are hounding Ashir every day, and the family have eight weeks to pay up or the 42-year-old will make the journey in place of his son.

And teenager Ahsan made the journey because his family of five were having to choose between paying rent and buying food. But the people smugglers abandoned the children once they were over the border.

After being caught by guards, who stole all his belongings, the 18-year-old was forced to run in front of a police car for two hours and was beaten by officers.

While in an Iranian police station, he survived inhumane humiliation, but endured it as he thought of his family going hungry back in Afghanistan. Ahsan told the Daily Express: “They hurt us, hitting us in the chest, leg and on the backside with a piece of wood. 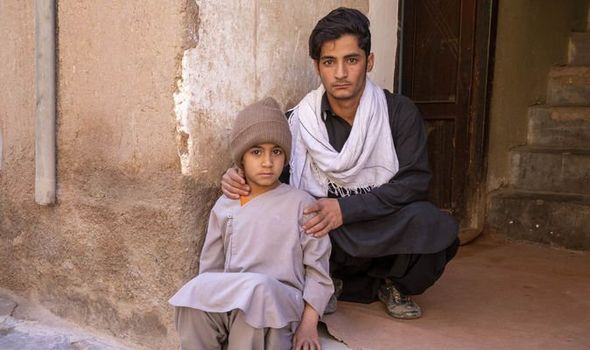 “The toilet was dirty and they asked us to drink the water from the toilet.”

He was eventually released and sent back to his home in Herat. But within weeks, he decided to go back and snuck away.

He told how some of the youngsters he was with got caught on metal netting at the border, designed to catch people attempting to scale it. But the people smugglers then grabbed hold of them and pulled them back, ripping their skin.

The teenager’s cousin, who was already in Iran, then helped him find work at a poultry company.

Ahsan said: “I am happy to be home, but when I see nothing at home to eat, I have a difficult feeling. 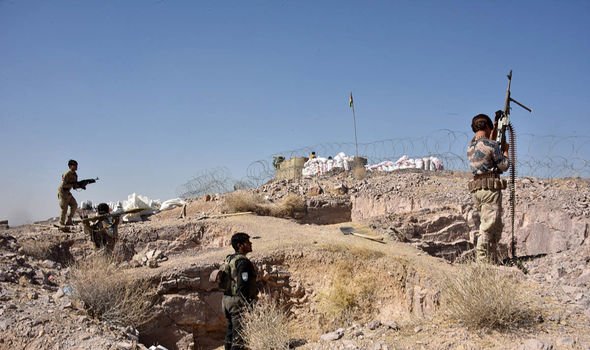 “The only thing in my mind was to go to Iran and to work and support my family, and send them money.

“Britain can do a lot because they are in a better situation. They are not at war. They do not have this misery that we have, so they can support us.”

Ahsan’s brother, Hamid, also made the journey to Iran but was left for dead after a savage beating with a cable by Iranian police.

His mother and father took Hamid to see a doctor, but were unable to pay them, leaving the 21-year-old to recover at home.

He still bears the scars from the vicious attack today, his family said. But he also decided to head back to Iran in search of a better future.

The journey to Iran is dangerous, especially for minors. They go with no one except a smuggler.

The child is not able to call their family until well on their way – after 10 or 12 days.

Then the next cycle of the journey begins. They accept any type of work and deal with different employers who are not official or registered, and they might not even be paid.

There have been stories of children who have worked for months and, when they ask for money, the employer refuses. 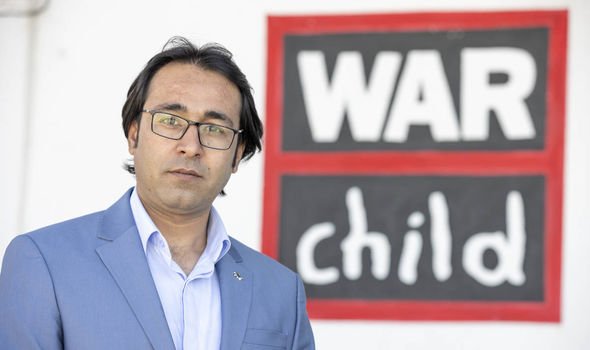 Then they are deported and discover the employer is the one to report it to the police.

We have seen a lot of reports that children are falling on construction sites and losing their lives.

For them, what is important is that they work and send money back.

From the time they have been caught by police and they reach the border, it is another cycle.

These children have been taken from the war. They do not have any money. When they come to the final camp, they are asked to pay. If they do not pay, they are punished or told to clean the camp.

They are victims. They are survivors. They risk their lives, future, everything to make sure their sisters, younger brothers and mother have a better life.