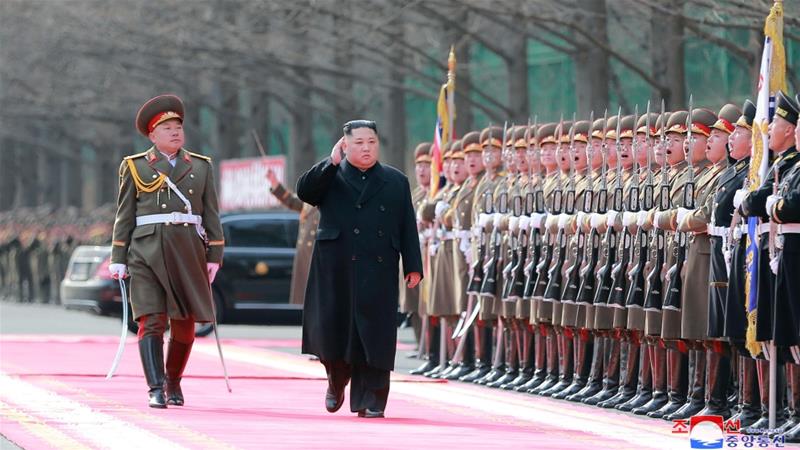 North Korea is facing a “significant, historic turning point”, state media has said ahead of a highly anticipated second summit between leader Kim Jong Un and US President Donald Trump.

The meeting between the two leaders is scheduled to take place in Hanoi, Vietnam on February 27-28.

Attention has been focused on whether Washington will offer to lift some economic sanctions on North Korea in return for Pyongyang taking concrete steps towards denuclearisation.

“It is time for us to tighten our shoe strings and run fast, looking for a higher goal as we face this decisive moment,” the Rodong Sinmun newspaper said in an editorial on Monday.

“Our country is facing a significant, historic turning point,” it added, without explicitly referencing the summit, the second between the two leaders, who met for the first time last June in Singapore.

Earlier in February, Trump wrote on Twitter that North Korea would become a “great” economic powerhouse under Kim.

“He may surprise some but he won’t surprise me, because I have gotten to know him & fully understand how capable he is,” said Trump.

The Rodong Sinmun commentary called on North Koreans to step up their efforts to boost the country’s economy.

North Korea is rising as a “strong, socialist nation”, and one’s true act of patriotism begins at one’s workplace, the commentary added.

“Each and every product should be made to make our country shine.”

North Korea, which holds most of the peninsula’s mineral resources, was once wealthier than the South, but decades of mismanagement and the demise of its former paymaster the Soviet Union have left it deeply impoverished.

In 2017, the UN Security Council banned North Korea’s main exports – coal and other mineral resources, fisheries, and textile products – to cut off its access to hard currency in response to Pyongyang’s pursuit of nuclear weapons and ballistic missiles.