SYDNEY (Reuters) – Australian authorities expressed concern on Friday about a rise in the number of coronavirus cases without a known source, even as the country’s rate of new infections dropped sharply and internal border controls were tightened. 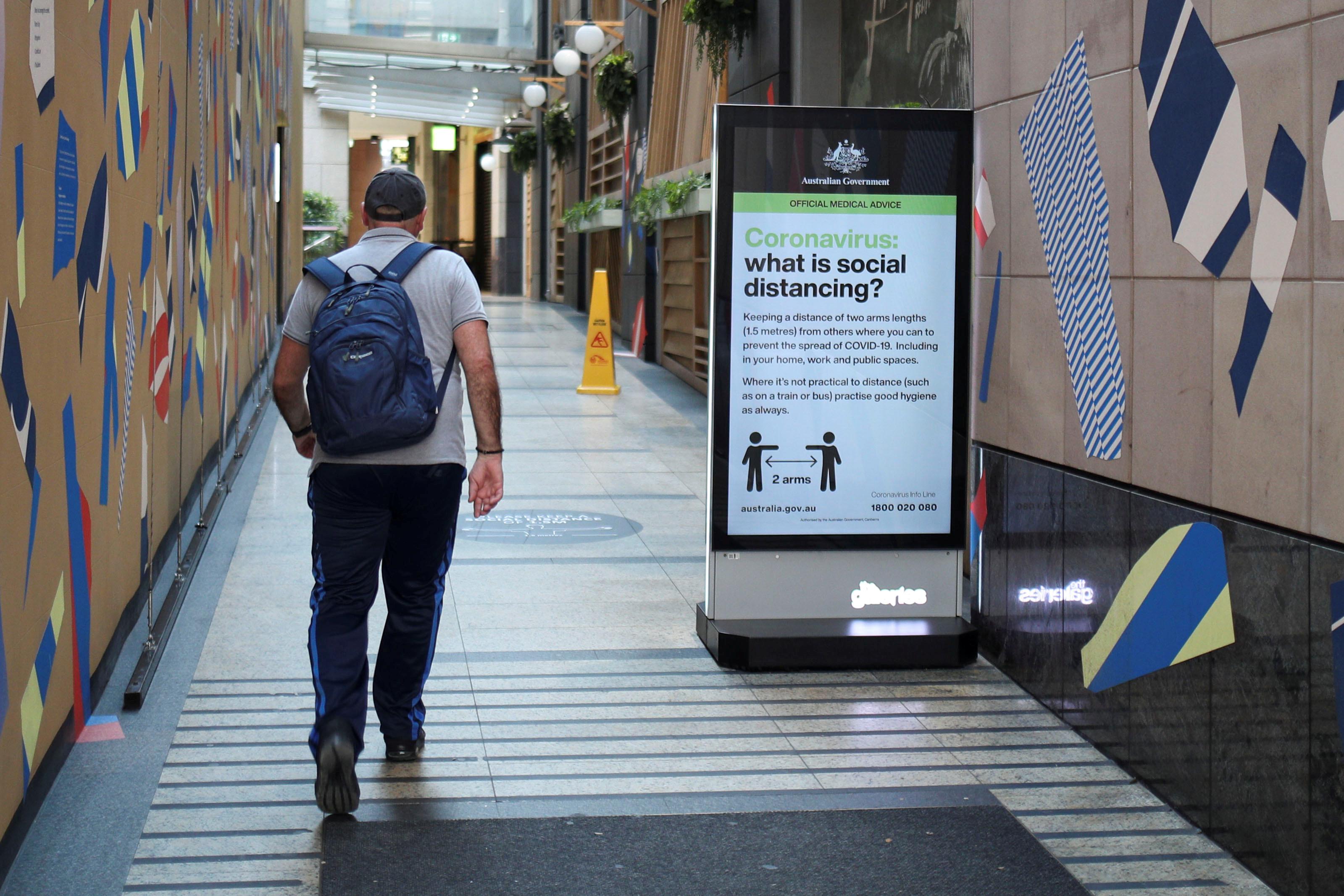 Several states in Australia are placing checkpoints at their borders to prevent all but essential travel from neighbouring territories, the first time such drastic measures have been taken since the Spanish flu epidemic 100 years ago.

Confirmed cases of COVID-19 now exceed 5,200 nationally, with daily increases in new cases falling to single digits over the past several days from between 25% and 30% two weeks ago. There have been 26 deaths.

Imported cases, via returning overseas travellers, still account for the majority of the infections in Australia, but there are a rising number of “local transmission” cases where a source could not be determined.

“If we can’t identify the source it means we can’t deal with the spread – that is something we’re worried about,” said New South Wales (NSW) state Premier Gladys Berejiklian.

NSW, the country’s most populous state, accounts for just under half of the nation’s confirmed cases. It reported 91 new cases overnight, the first time the number of new daily cases in the state has been below 100 since mid-March.

NSW has been one of several states to give police the power to impose hefty fines and potential prison terms on anybody found breaching strict social distancing rules, including restrictions on leaving home and reducing public gatherings to just two people.

Tasmania, an island state off the mainland’s southeast coast, is all but isolated, while the iron ore-rich state of Western Australia is enforcing a “hard border close” from Sunday night.

Western Australian authorities are also restricting access to and from the northern Kimberley region, an area with a large and often remote indigenous population where services are limited and health metrics generally trail the rest of the country.

As a popular Pacific port destination, Australia is among numerous countries around the world negotiating arrangements with cruise ships unable to find a destination.

The issue has been a source of public angst in Australia after hundreds of infections were traced to cruise ship passengers and returning travellers.

NSW Police commissioner Mick Fuller said on Friday that five Royal Caribbean ships off the country’s east coast will depart for their port of origin after refuelling and restocking on the weekend.

On Australia’s western coast, state authorities are in a stand-off with a German cruise ship docked in Fremantle which is refusing to leave.

Two cruise ships in Florida with coronavirus patients aboard will dock at a port near Fort Lauderdale, resolving a days-long impasse that drew the attention of President Donald Trump.

There are about 130 Australians on the two Holland America vessels who will fly home promptly, Australian Foreign Minister Marise Payne told the Australian Broadcasting Corporation on Friday.