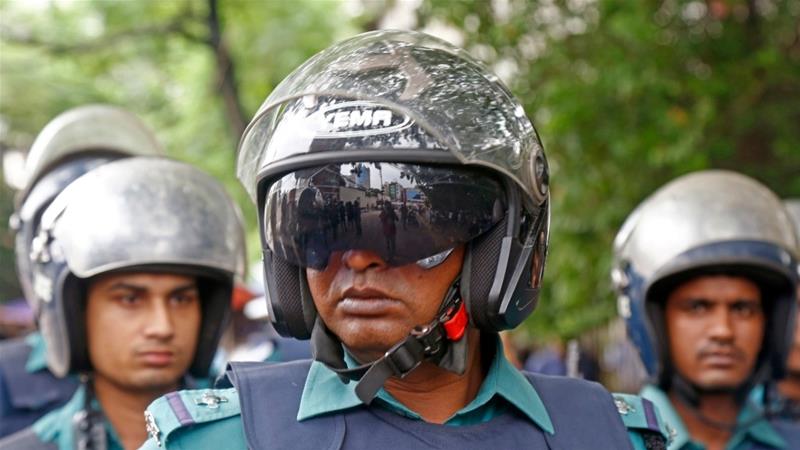 Authorities in Bangladesh say they have arrested three suspects in the bombing of a police station in the capital, Dhaka.

Five people, including four police officers, were wounded when the bomb, which was hidden inside a device that looked like a weighing machine, went off inside the Pallabi police station on Wednesday morning.

ISIL (ISIL) claimed responsibility for the blast in a statement the same day, but police on Thursday denied the claim, saying the alleged attackers were motivated by criminal intent.

Dhaka Metropolitan Police Deputy Commissioner for Counterterrorism and Transnational Crime Saiful Islam denied any links between ISIL and the blast.

“ISIL made this kind of false claim in the past, too. This is also part of that process,” he said.

“As per the information available so far, criminal intentions were behind the blast and we’re investigating the incident.”

The assault was claimed by ISIL, but the government has consistently denied the presence in the country of any transnational armed groups such as ISIL or al-Qaeda, blaming domestic fighters instead.

Seven members of a banned armed group were sentenced to death last year for the cafe attack.