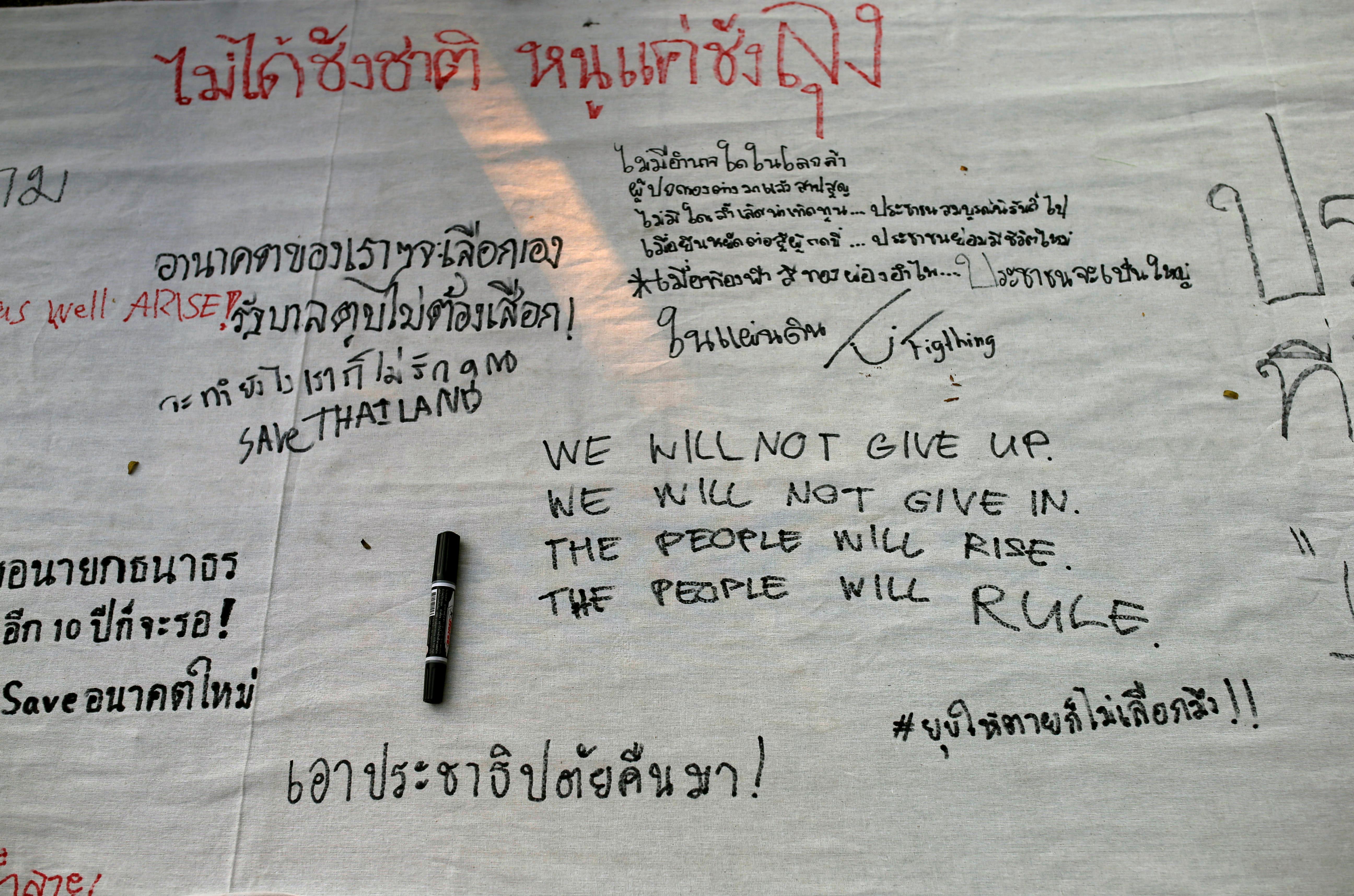 The Future Forward Party, the third-largest party in parliament, was dissolved on Friday by Thailand’s Constitutional Court over a loan it took from its billionaire founder.

The dissolution was decried by democracy advocates as a means of weakening opposition to the government of Prayuth, who first came to power in a 2014 military coup and led a military junta until after elections last year that his pro-army party won.

Future Forward’s spokeswoman, Pannika Wanich, told a news conference on Sunday that the junta had worked with Malaysia’s former government to arrest a whistleblower in the 1MDB case in 2015 and had allowed financial criminals to operate in Thailand, risking the country’s international ties.

“The junta government yearned for international acceptance after the coup … and formed a dark alliance with Malaysia,” Pannika said.

“The only person who can issue these orders is Prime Minister Prayuth Chan-ocha,” Pannika said.

Pannika cited irregularities surrounding Thailand’s arrest and the subsequent confession of Xavier Justo, the Swiss national who was arrested in Thailand in 2015 the first whistleblower in the 1MDB affair.

The government also harbored Malaysian financier Low Taek Jho, known as Jho Low, allowing him to enter the country at least five times between October 2016 and May 2018, despite Low having an Interpol red notice from Singapore, she said.

Low has been charged in Malaysia and the United States over the alleged theft of $4.5 billion from 1Malaysia Development Berhad (1MDB), set up by former Malaysian Prime Minister Najib Razak with the help of Low, to promote economic development.

At least six countries, including the United States, have launched money laundering, financial mismanagement and criminal probes into 1MDB dealings.

Low has denied any wrongdoing. His whereabouts are unknown.

“These accusations are not true … and create confusion in society,” government spokeswoman Narumon Pinyosinwat said.

“Anything said that was false will be followed with legal action,” she added.

Future Forward Party said it would have opened an investigation on corruption and money laundering related to the 1MDB case if it were in power.

“If we were in government, we would investigate. We want a government that is a responsible neighbor and acts with dignity,” Pannika said.

“Since we have been dissolved, we can’t, but the Thai public can demand the truth.”

A spokesman for the Malaysian prime minister’s office did not immediately respond to requests for comment.