BBC Weather forecaster Chris Fawkes predicted unsettled weather for Spain and Portugal over the next few days. He noted both countries would see thunderstorms and showers through the week. However, throughout much of central Europe, it will remain dry and sunny with countries seeing temperatures as high as 26 degrees.

Mr Fawkes said: “There will be fine settled sunny weather for much of central Europe.

“Sunny weather for France to the United Kingdom as well temperatures for these areas will be rising over the next few days.

“We have got some rain to come across Turkey with some outbreaks of rain and fairly cool winds around.

“That rain slowly pulls away from Istanbul as we get into Thursday but there will certainly still be some cool air hanging around. 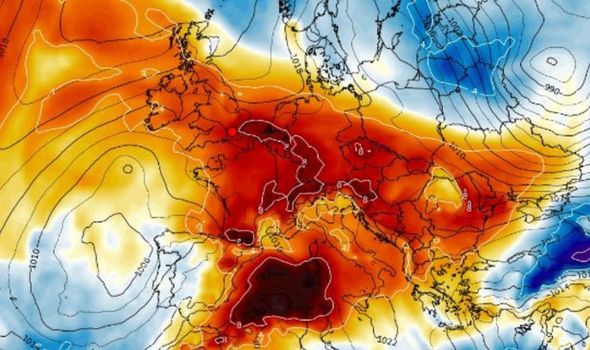 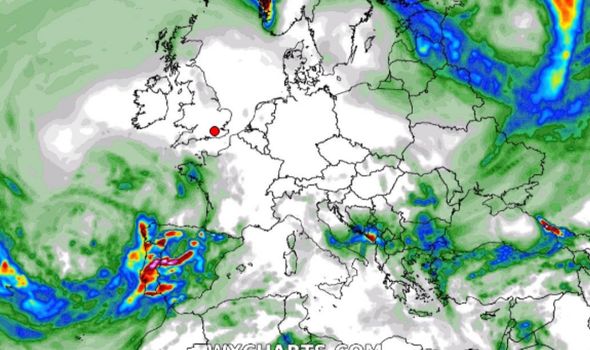 “For Spain and Portugal, the next couple of days are looking very unsettled with rain and thunderstorms widely across both countries.”

The BBC Weather forecaster went on to explain the surge in temperature across central Europe.

He said: “Further north of Spain it is warmer and temperatures up to 24 degrees Celsius in Paris.

“It will be 21 degrees in London so some fine weather for the time of year. 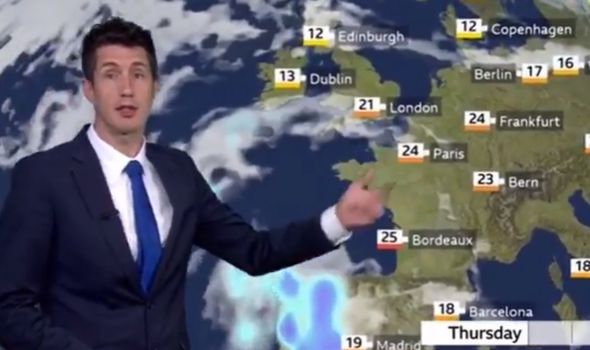 “It will also be warm for much of Germany with Frankfurt seeing the hottest temperature of 24 degrees.

“In Paris, it gets warmer still, the temperature here could reach 26 degrees on Friday.

“Temperatures will start to cool off in London as we get towards the end of the week and the weekend where we could see some rain at times.”

How to live longer: Beverage proven to add years to life [INSIGHT]
Lockdown LIFTED: Millions of Europeans return to work as shops reopen [LATEST]
How to make Aperol spritz [RECIPE] 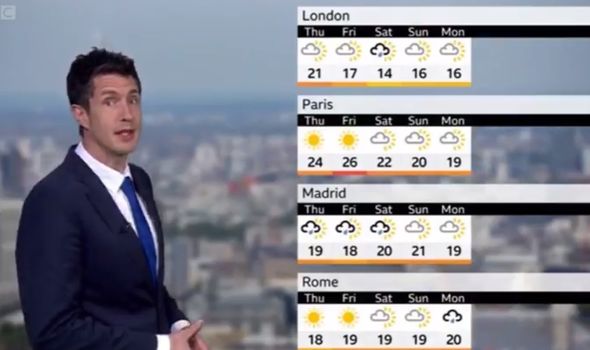 In Britain, high pressure is expected to increase the overall temperature as the cold weather front is shifted away from the island.

The Weather Outlook forecaster Brian Gaze said: “We’ve gone from summer to winter but summer will be back on Thursday.

“Bitter air from Norway’s coast plunged to Britain, with widespread frosts on Tuesday morning, with -3C in the South and North, and -5C in Scotland.

“But heat from southern France is due by Thursday, with 21C highs.”