BBC meteorologist Ben Rich warned viewers that “exceptionally wet weather” has been churning its way across the southwest of Europe. The weather presenter revealed that parts of southern France and eastern Spain have had double their normal April rainfall in the space of just a couple of days. Moving through Wednesday night that turbulent weather is forecast to continue to slide its way southeastwards across Italy and getting down into parts of Greece as well.

Mr Rich said: “On Thursday afternoon there’ll be one or two showers breaking out across southern parts of Turkey.

“That rain will approach Greece but begin to clear away from many parts of Italy.

“It’s going to be pretty showery on Thursday across the Canary Islands.

“Eventually that lump of unsettled weather is going to work its way back towards Iberia.” 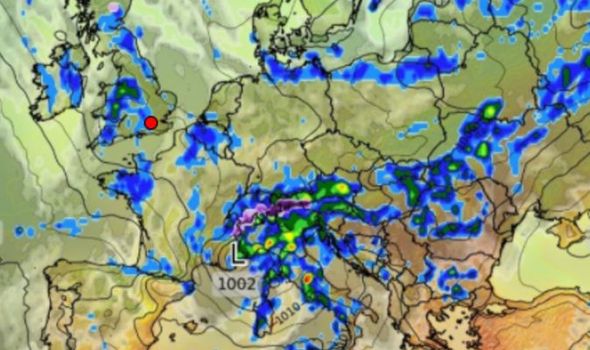 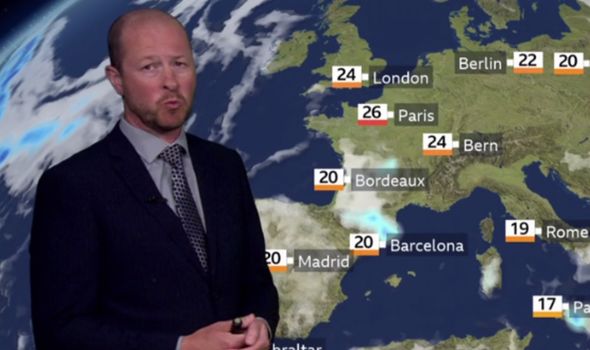 He continued: “This will turn things wet again later in the week.

“Northern France into Germany, southern Scandinavia and the British Isles will be fine and sunny through Thursday.

“It’s unusually warm for the time of year, and there’ll be similar weather here on Friday.

“Towards the northeast of Europe through the Baltic states and into western Russia, it is cool and cloudy.” 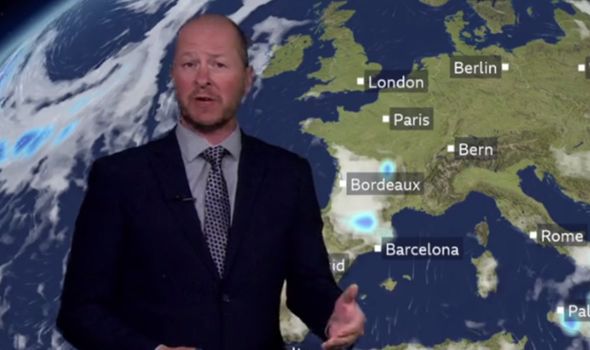 The BBC presenter added: “You can see those showers just getting going again across Portugal and into Spain.

“As we look further ahead, we’ll see some heavy downpours in Madrid during the weekend into the early part of the week.

“It starts to turn a little bit cooler in Paris, temperatures dipping in London as well.” 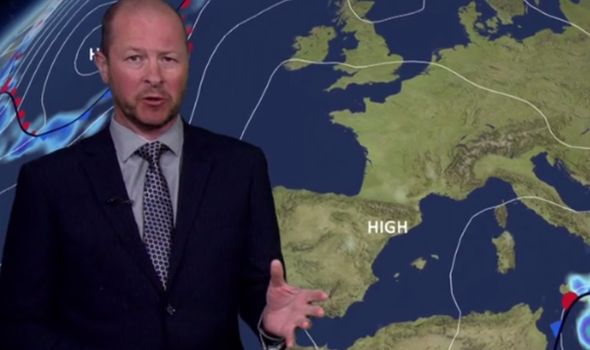 “But Athens should stay largely dry with some sunshine.”

London’s high temperatures will certainly drop from 22 degrees to 17 on the weekend.

Paris won’t see as huge of a dip, but the weekend will still be cooler.

Madrid doesn’t look to crack the 20s as temperatures remain around 17 to 19.