BBC Weather forecaster Stav Danaos warned parts of Scandinavia could see “significant snow” heading into the weekend. He added there would be unsettled weather conditions between Ireland and Denmark. These unsettled conditions would bring heavy downpours and powerful gusts as we enter the weekend.

The BBC forecaster said: “As we move through this weekend we will see a considerable north-south divide of weather across Europe.

“We will have wet and windy conditions across the north thanks to a stream of low-pressure systems being brought in by a strong jet versus higher pressure further south where we will see sunshine.”

He explained much of central Europe, like Austria and Germany, would remain dry while the countries in the north of Europe would experience more turbulent weather.

He said: “Further north, from Ireland across into Scandinavia it is very windy with choppy seas. 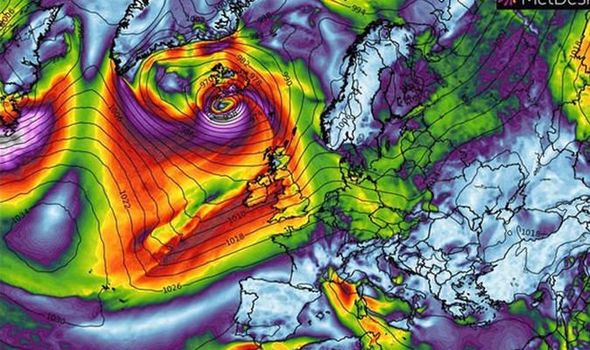 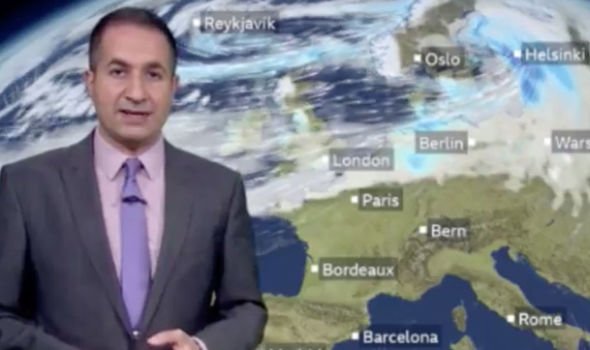 “There will be some heavy rain and significant snow falling, most notably across western Norway.

“The same is expected as we head into Saturday as it will be very unsettled.

“There will be rough seas in the British Isles and severe gales while it is dry and settled for the south of Europe.”

Mr Danoas continued: “It could be quite wet in Cyprus as we end Friday and head into the weekend.

“There will be sunshine for Greece and the islands and for much of Italy, Spain and Portugal.

“Temperatures will be around 21C there.” 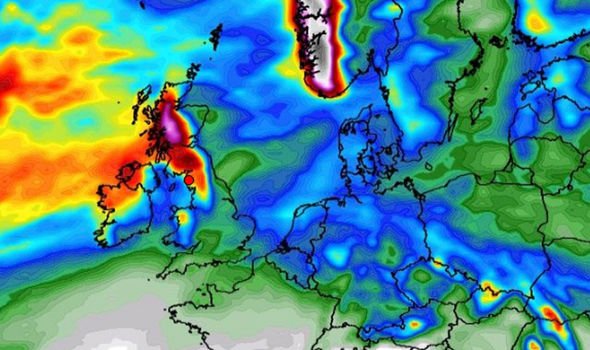 The “choppy seas” predicted by the BBC forecaster could develop into a storm over the weekend.

Storm Ellen will become next named storm, according to Met Office naming procedures, but forecasters are yet to spot a system significant enough to warrant the name.

After the devastating floods Storm Dennis caused the weekend before, Britons are fearful another intense weather weekend could spell disaster. 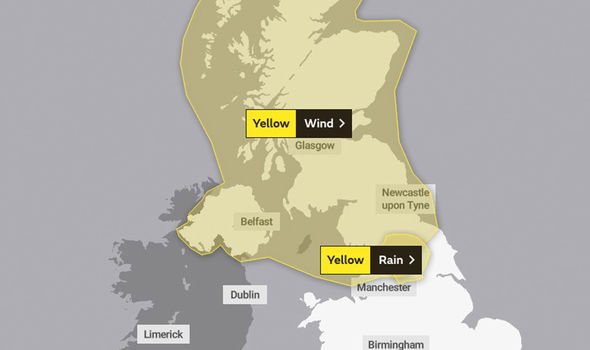 Parts of Wales and the Midlands have reported rapidly rising rivers, which have spilt into local areas, causing widespread flooding.

While some areas are recovering, it may not be the last of severe weather this month, as forecasters have noted extreme weather developing elsewhere.

Experts with Severe Weather Europe have kept a keen eye on conditions developing over the continent, with an “explosive” system on the horizon.