BBC Weather meteorologist Nick Miller said snow has already begun to spread past the high ground, with snowfall reported across Edinburgh, Devon and Suffolk. A mixed front of cold rain and snow will be slowly moving down through the country forcing the Met Office to issue a series of snow and ice warnings. Mr Miller said: “Some heavy snow falling in places this morning, you can see why it’s difficult travel conditions across parts of Scotland but it’s not just in Scotland.

“There’s a zone of wet weather across eastern England, some of it is rain and some of it is falling as heavy sleet and snow, giving a slushy few centimetres in places.

“You can see all of that in the recent rain and snow radar. Most of the snow is falling in Scotland, we’ve had some overnight in northern England so it’s white in some of the hills here.

“It’s all down to this area of low pressure sitting right across the UK at the moment, sitting in an area of cold air which is why we’re not just seeing rain but some snow in places too.

“Further snow pushing its way westwards, where it’s a very cold and icy start in places. A lot of this snow will turn to rain away from the higher hills and will turn into a very wet afternoon in western Scotland, with persistent and heavy rain and the risk of flooding.” 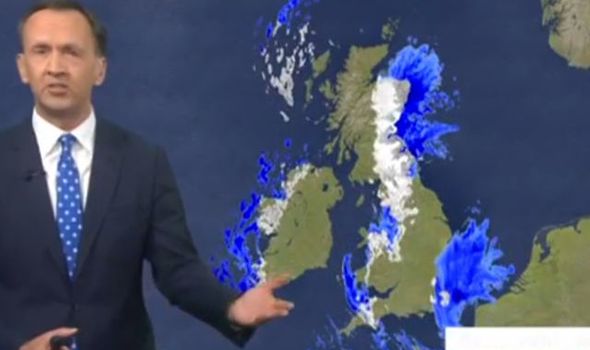 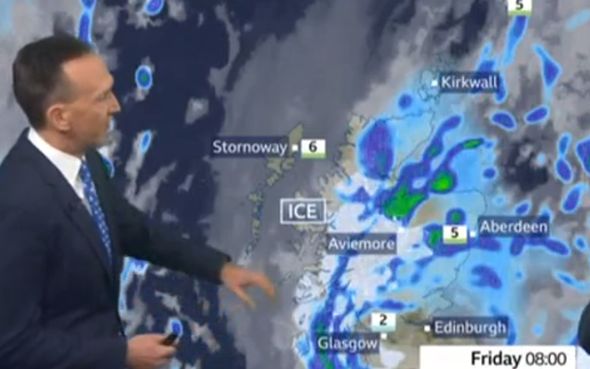 The unsettled conditions sparked a frenzy of phone calls to Police Scotland in Edinburgh after a series of concerning “explosions” were heard through the Scottish capital.

Officers reassured the public the deafening sound was the result of a rare winter storm commonly known as thundersnow, where snow falls as the primary precipitation instead of the rain.

He continued: “Northern Ireland starting cold, icy and frosty but we will see mostly rain heading in but there’ll be sleet and snow on the higher hills.

“And there are a few showers running down towards Wales and southwest England. Out of that, in the hills, we’re seeing a bit of sleet and snow, particularly into the Moors.” 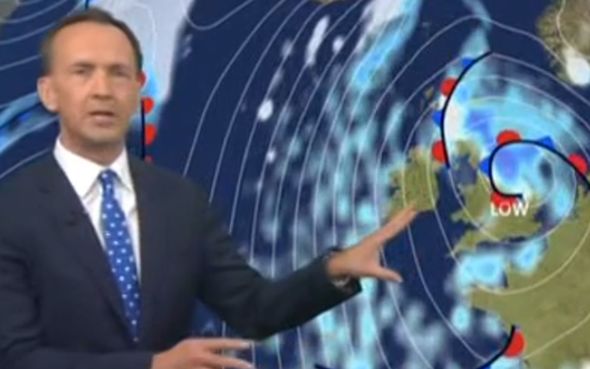 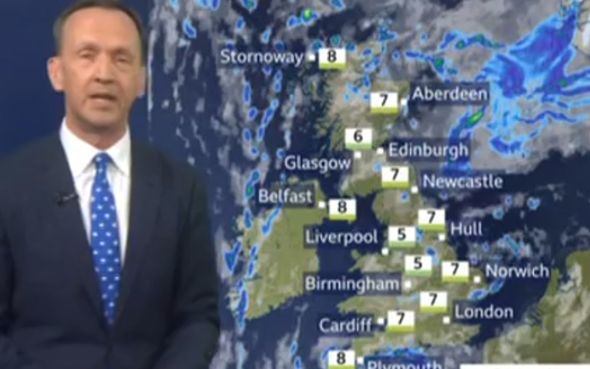 The BBC Weather forecaster added: “On through the day, notice that most of that is now rain in Scotland, rain in eastern England pivots across northern England through north Wales.

“A bit of sleet and snow on the higher hills but mostly rain whereas south Wales and southern England have a mainly bright and dry afternoon.”

British Weather Services’ Jim Dale said snow could hit northern regions in the next few weeks while the freezing lows could also linger until Christmas.

Mr Dale told Express.co.uk: “It is quite magical to see snow is not off the agenda this year. Britain is a big place so widespread snow is unlikely. 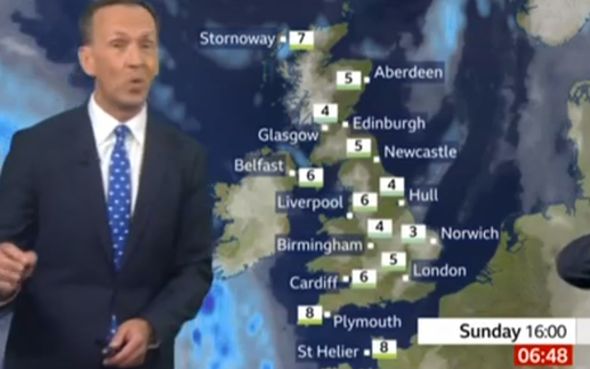 “Northern cities like Glasgow or Edinburgh in Scotland have the most chance of snow until Christmas, but not southern areas like London.

“In order for widespread snow to hit, we will need to get northerly flows from the Arctic in our direction, but we usually get Atlantic and Siberian flows.

“However, I think it will be cold this Christmas, which will people keep on their toes. It could continue to stay cold until February.”