BBC Weather forecaster Stav Danaos noted that Europe will see a temperature rise in some areas with an increase in wet weather. Western and central Europe will see heavy rainfall by the end of the week due to thunderstorms which could result in flooding in some area. However, temperatures are still expected to rise and reach seasonal averages for the time of year.

Mr Danaos said: “High pressure continues to dominate the north of Europe but we also have areas of low pressure on either side.

“This is bringing some wet weather and making it cooler towards the Balkans and Greece.

“The west Europe area of low pressure has got a thundery element to it. 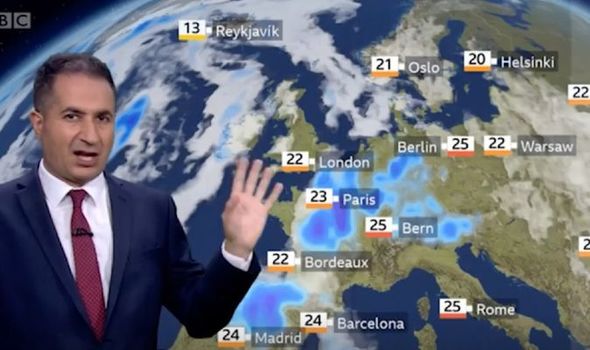 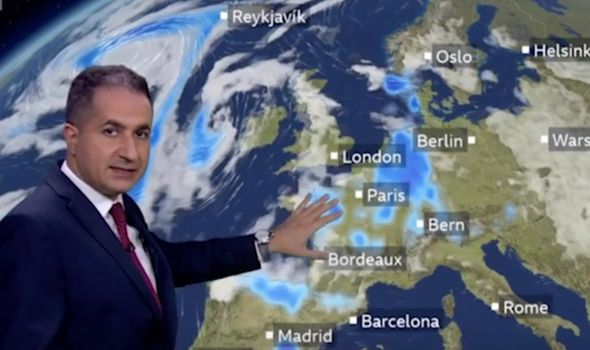 “It is bumping up into this area of low pressure to produce some thundery showers for parts of the UK and Ireland.

“It will also be hitting parts of France and northern Spain and will gradually be pushing eastwards into the low countries and northwest Germany through Thursday and Friday.”

The BBC Weather forecaster noted that in south eastern Europe it would remain relatively dry through the week.

Athens will see some of the highest temperatures in the region at 28C. 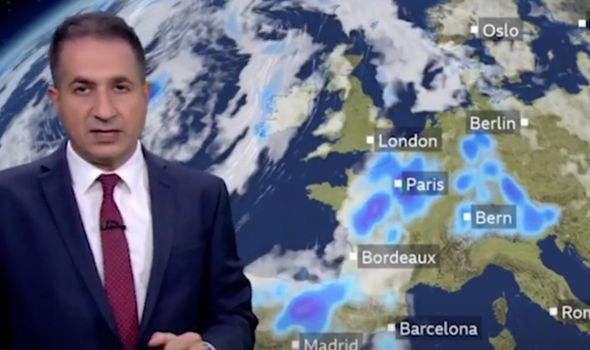 Some of that rain will move in towards the Mediterranean, however, and bring temperatures down in Bucharest and Istanbul.

The forecaster continued: “It is not quite as warm as it could be or has been but that is because of these northerly winds.

“It will be very wet around the Black Sea and we will see quite a lot of cloud across eastern Europe.

“These thunderstorms will also be pushing themselves eastwards as well.” 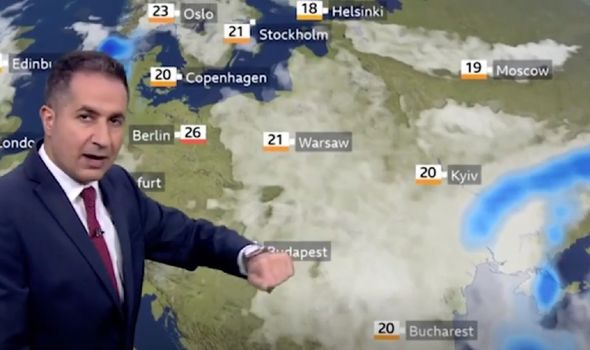 Thunderstorms are set to continue with heavy rain and this heavy rain will bring an increased chance of flooding in some area.

Mr Danaos said: “We will see some problems with downpours in this area.

“Perhaps there will be some travel disruption and localised flooding in places.

“However there will still be some sunshine around and temperatures will be closer to the seasonal normal than we have had earlier in the week.”