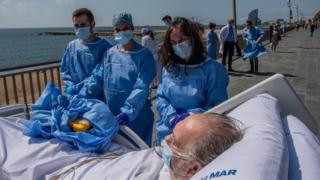 Spanish coronavirus patients are taking trips to the seaside as part of their recovery from the illness.

Medical teams at the Hospital del Mar in Barcelona have been photographed wheeling people to the beach as part of a programme designed to humanise intensive care units.

The government has slowly begun to ease what was one of Europe’s most restrictive lockdowns.

At one point people could not go out to exercise and children were not allowed to leave their homes for any reason. 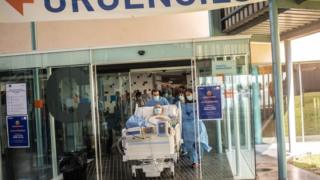 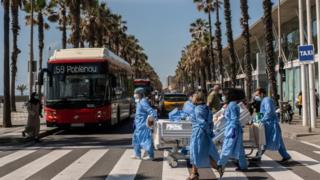 But Spain has brought its outbreak under control in recent weeks.

Tuesday was the second day running that Spain did not report a single coronavirus death over the previous 24 hours.

On Wednesday, Prime Minister Pedro Sanchez asked parliament for one further extension to the state of emergency until 21 June.

“We have overcome the worst of the pandemic,” Mr Sanchez said. But opposition parties have criticised his response to the outbreak and the repeated extensions of the state of emergency. 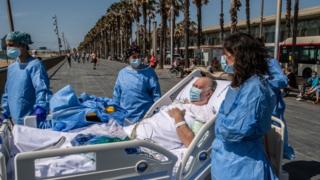 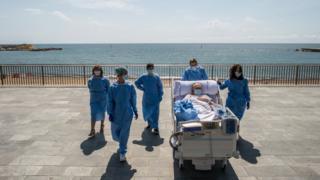