Copper Scroll: Expert on 'copious' amounts of treasure in 2019

The Dead Sea Scrolls are a set of ancient Jewish religious texts that were found in the Qumran Caves in the Judaean Desert. These documents are of great historical, religious and linguistic significance as they include the second-oldest known accounts of the Bible. But one of them could be even more valuable.

The Copper Scroll differs significantly from the others, it is not a literary work, but a list of 64 places where various items of gold and silver were buried or hidden.

Shelley Neese is the author of ‘The Copper Scroll Project’ and revealed why it has fascinated her for years.

She said: “The Copper Scroll is rare in that it was found by an archaeological team sponsored by Jordanian Department of Antiquities.

“So it wasn’t found by roving Bedouins. 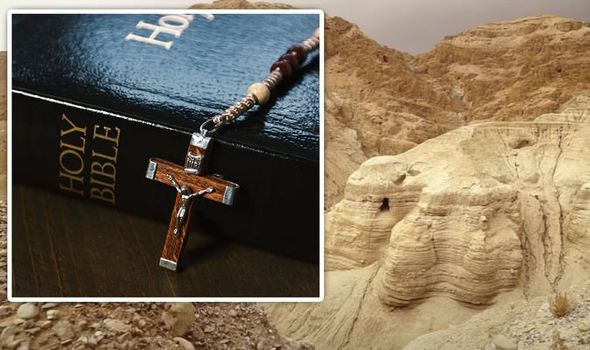 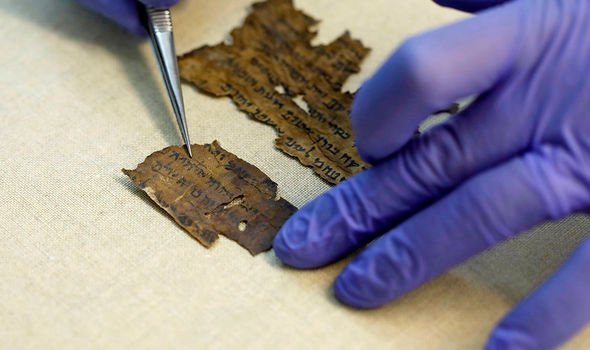 “After those first Dead Sea Scrolls were proven authentic, it was a hunt for who could find them the quickest.

“The Bedouins usually won that race and, in the Dead Sea area, caves pocket the limestone cliffs.

“With a lot of them the entrances have collapsed during antiquity and they’re very hard to see just by the scanning eye.”

Ms Neese went on to reveal how experts uncovered the document in the very last moments of their excavations.

She added: “They were able to find this cave and they went inside and were disappointed as there were 40 Dead Sea Scrolls jars in Cave 3, but the ceiling of the cave had collapsed. 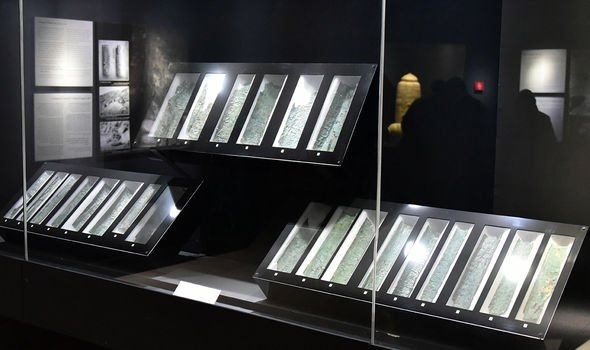 “Almost every scroll was in a disintegrated state, but on the very last day, they came across what looked like a false wall.

“It was a limestone wall and they chipped through it and found two copper scrolls resting on a manmade shelf.

“After 2,000 years copper did what copper does and it was left green and brittle.

“They put it in a museum in Jordan and no one could figure out how to open it for three years.”

And the researcher went on to speculate just how valuable the scroll could be. 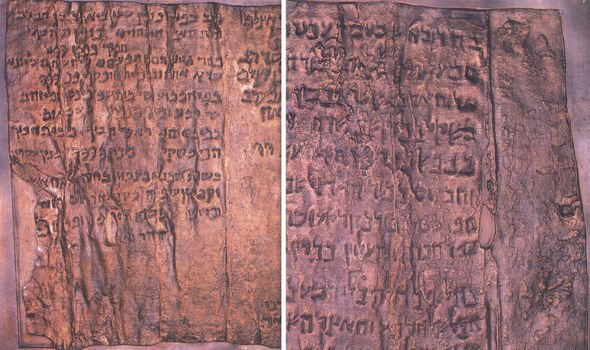 She continued in 2019: “The Copper Scroll is written out in 12 columns, it’s a verbal treasure map – over 60 plus locations.

“There is a certain style it’s written in, it’s a dry inventory.

“With all of the 60 locations it tells you where to go, how deep to dig and what you will find.

“The amount referred to in terms of buried treasure would be the equivalent of 168 tonnes today.”

The items listed in the scroll are assumed to be the treasures of the Jewish Temple, presumably the Second Temple. 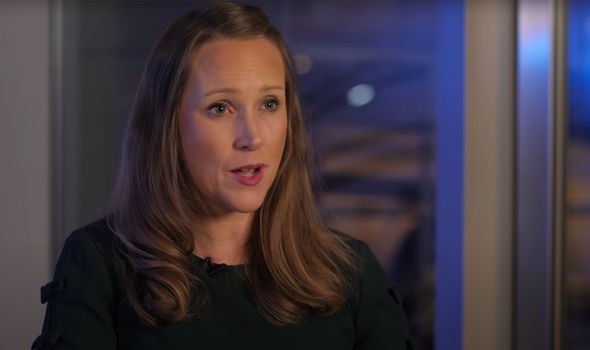 Scholars are divided as to what the actual contents are.

But metals such as copper and bronze were a common material for archival records.

As a result, this evidence has led a number of people to believe that the treasure really does exist.

One such person was John Allegro, who in 1962 led an expedition.

By following some of the places listed in the scroll, the team excavated some potential burial places for the treasure.

However, they left empty-handed.