Vladimir Putin may be 'putting Biden to the test' says expert

Journalist Julian Nundy warned it was easy for a simple mistake to be made on the Ukraine border which would ignite conflict between Russia and Ukraine once more. Both sides have sent troops and tanks to its shared border as Ukraine fears a repeat of Crimea. Kyiv has also pleaded to NATO for help with Mr Nundy adding there is another country to keep an eye on as tensions rise.

Speaking on France 24, Mr Nundy was asked his opinions on the situation in Ukraine and what does the movements from both the Russian and US navy in the Black Sea meant

He replied: “Well, I wish I knew but I think we won’t know until it’s all over.

“I hope that it’s just Putin putting Biden to the test but it’s always very dangerous when you put man and hardware in any situation.

“And this is particularly volatile, if the Ukrainians are now starting exercises on their side it won’t take much for there to be a mistake or a provocation that could set things off. 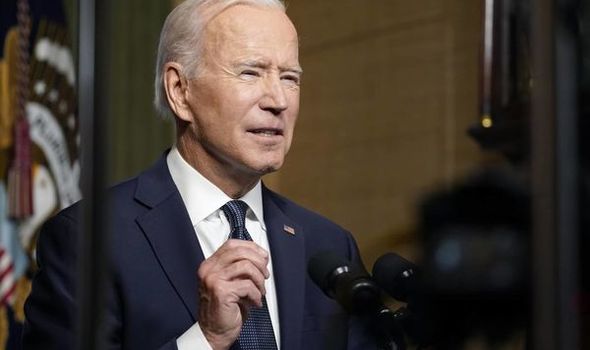 “I think something that has been not mentioned very much as important is the role of Turkey.

“Turkey is on the other side of the Black Sea and Turkey is not happy about the annexation of Crimea it’s never backed it and never supported it.

“And we’ve seen Turkey in action in Azerbaijan recently well in Nagorno Karabakh.

“We’ve also seen it in Libya and I think that Turkey is the country we need to watch.” 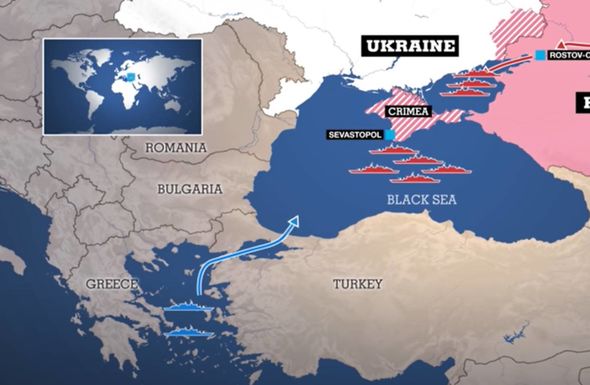 Mr Nundy was then probed on whether he believed Turkey may pose a threat to Russia by taking them on.

He replied: “Who knows, they have a quite sophisticated drone system they’ve been selling drones to Ukraine.

“And they’ve signed various agreements on defence cooperation – I think that’s the area we should be watching very very carefully.”

Russian troops and tanks have gathered on its Ukraine border as world leaders watch closely for any conflict between the two countries.

Two US warships were sent to the Black Sea in response to the build-up of Russian troops.

President Biden called Putin this week to de-escalate tensions on the border by proposing to hold a summit.

In 2014, Russia annexed Crimea in a move that shocked global powers which led to Russia’s suspension in the G7 – then G8.