A strike carried out on the Saky air base in Crimea on Tuesday appeared to inflict severe damage, despite the Kremlin’s claim that no planes were destroyed.

A series of satellite images show that at least 10 planes were obliterated, although reports suggest the total number could be much higher.

The assault is likely to further undermine Vladimir Putin’s military campaign, with doubts being raised as to whether Russian forces could fight off a Ukrainian counter attack in the south of the country.

Independent analysts at Oryx, a website that tracks destroyed equipment, stated that four SU-30SM fighter jets had been destroyed, as well as five SU-24M bombers and reconnaissance aircraft.

Moscow may have suffered up to £500million worth of damage from the destroyed aircraft, reported The Telegraph. 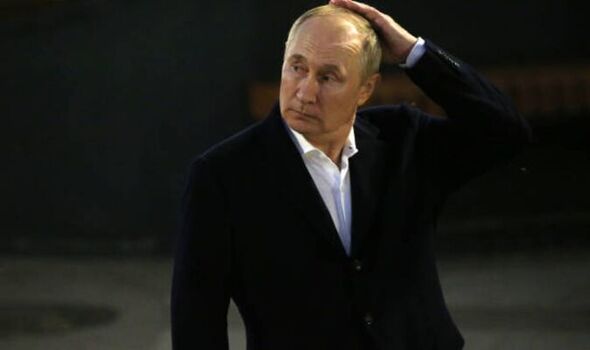 Oryx estimates Russia has lost at least 47 aircraft since it invaded Ukraine in February, with a fifth of recorded losses happening at the Saky base in Novofedorivka.

According to the satellite imagery, it looks as if two buildings holding ammunition for the jets have also been decimated.

The Russian defence ministry has denied any of its planes were damaged, insisting the blasts were caused by a “violation of fire safety requirements”.] 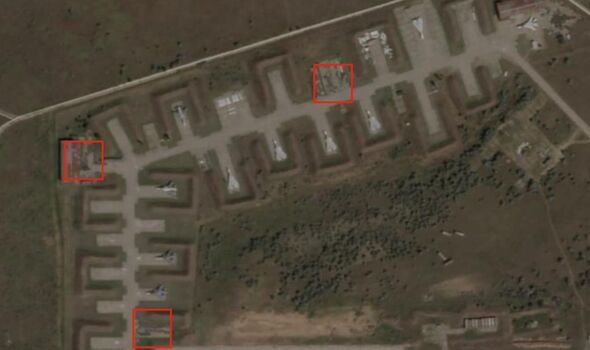 President Volodymyr Zelensky has not claimed responsibility for the attack, with the Ukrainian leader chastising military officials for sharing information with the media.

However, the Ukrainian defence ministry mocked Russia on Twitter after the blasts and suggested there could be more to come.

They wrote: “Unless they want an unpleasantly hot summer break, we advise our valued Russian guests not to visit Ukrainian Crimea. 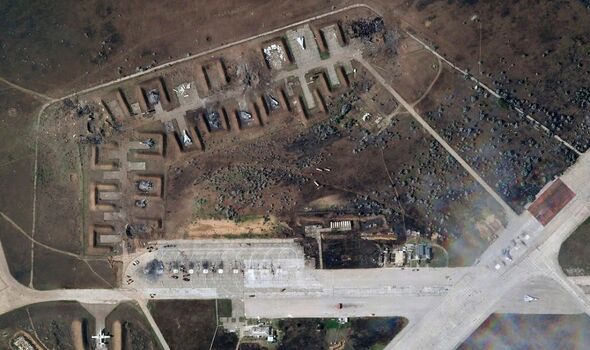 “Because no amount of sunscreen will protect them from the hazardous effects of smoking in unauthorised areas.”

On Thursday the ministry unveiled a social media video soundtracked by Bananarama’s ‘Cruel Summer’ discouraging Russians from taking a summer holiday in Crimea.

There have been some questions raised over how Kyiv was able to carry out such an attack 125 miles behind enemy lines.