MUMBAI (Reuters) – The demise of a young movie star has transfixed India like no other news in a year of bad headlines. 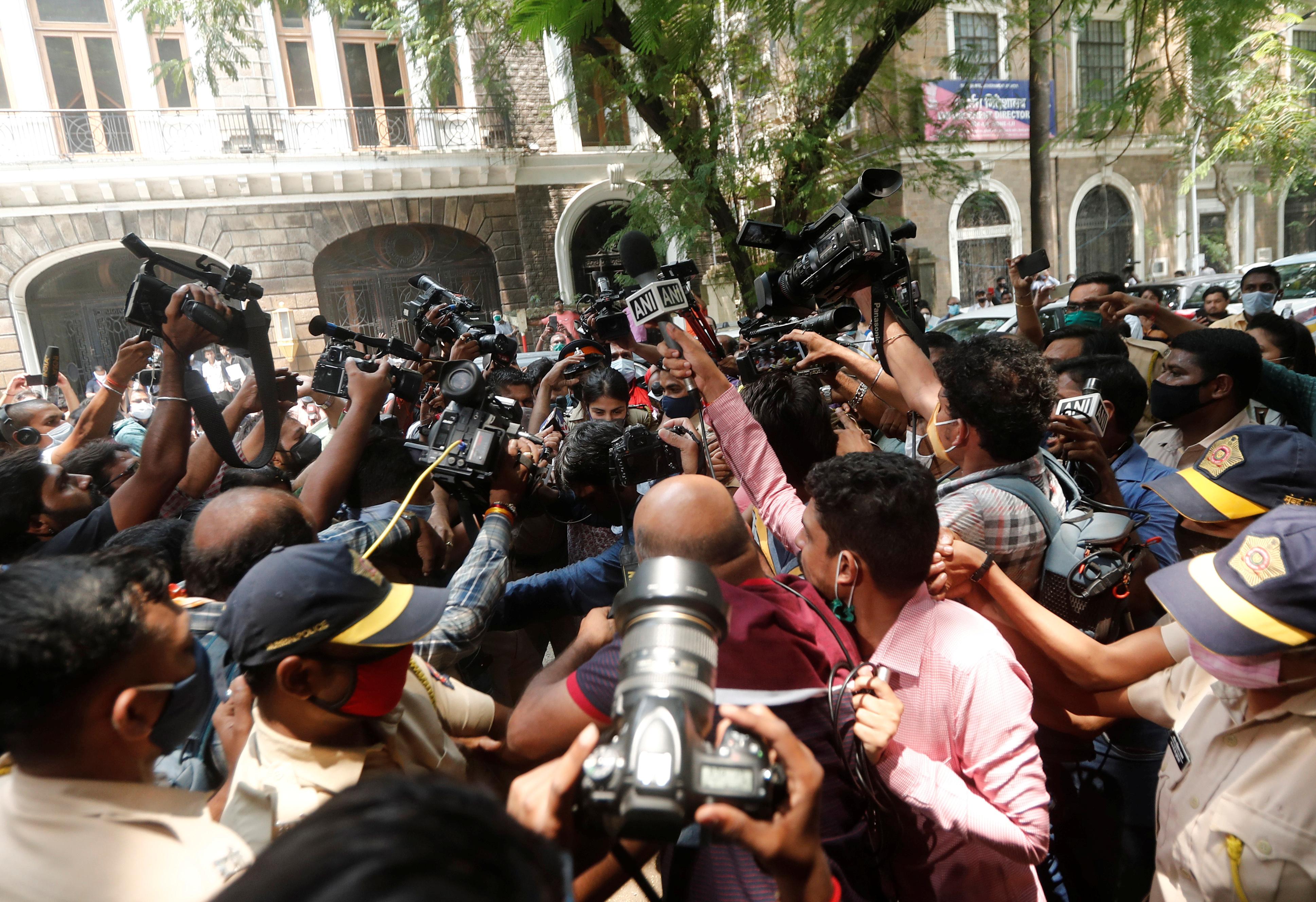 The abrupt death of Sushant Singh Rajput has spurred a debate about the stigma of mental health, the rarefied insider world of Bollywood, and, more recently, condemnation of the media for the non-stop coverage of the duelling accusations between Rajput’s family and his girlfriend.

Mumbai police initially reported Rajput’s death as accidental and local media called it a suicide. But the federal police agency is now investigating if there was any foul play and is questioning Rajput’s girlfriend, Rhea Chakraborty, and others.

On Tuesday, Chakraborty was arrested by India’s narcotics department, which is investigating a drugs case linked to the probe of Rajput’s death. She denies any wrongdoing and her lawyer, Satish Maneshinde, called the arrest “a travesty of justice”.

Along the way, the story has become a media obsession in India, fed by a wave of TV coverage still swelling almost three months after Rajput, 34, was found dead in his Mumbai apartment.

In recent weeks, India’s TV channels have given more airtime to the Rajput case than India’s surging COVID-19 caseload, a plane crash and top political stories, according to the Broadcast Audience Research Council.

India’s boisterous TV networks, which include more than 350 news channels in English and several local languages, have flashed photos of Rajput’s body, analysed his medical prescriptions, even used voodoo dolls and graphics of a skull to hype allegations that “black magic” was performed on the actor.

The federal police, the High Court in Mumbai, and the government watchdog Press Council of India have all criticised coverage of the investigation.

“I spent 21 years in television and I’ve never seen a race to the bottom this bad,” said Nidhi Razdan, who recently left Indian news network NDTV to teach journalism.

“It is a media trial. What else is it?” she said. “I haven’t seen this kind of viciousness in coverage before.”

Before his June 14 death, Rajput, most famous for portraying India’s cricket captain in a biopic, and his girlfriend were more likely to be depicted as a down-to-earth – if Bollywood-beautiful – couple, cuddling tousled-haired at home or sitting playfully in jeans on a rundown park bench.

Chakraborty, 28, was regularly hounded by reporters when she appeared in public, with news commentators opining on her innocence or guilt.

Rajput’s family claims she poisoned him, used black magic and is responsible for his death.

“There has been a conspiracy to break me and my family and my spirit,” Chakraborty said in an interview with television anchor Rajdeep Sardesai in late August. “It is the systematic breakdown of an innocent family, an innocent girl who loved an innocent boy.”

On Sunday, she was jostled by a pack of journalists as she tried to enter a narcotics department office in Mumbai, where police struggled to disperse the crowd.

The CBI, the federal police agency, said last month it was investigating allegations of abetment to suicide and criminal conspiracy. Its announcement came after requests from Rajput’s family and Chakraborty.

In a statement last week, the CBI said some media reports on its probe were “speculative” and “not credible.” The bureau, it said, “has not shared any details of investigation with media.”

The Press Council of India has urged the media not to “conduct its own parallel trial.”

Some television editors have defended the coverage.

Arnab Goswami, editor of Republic TV and a widely watched anchor known for his sharp-elbowed commentary, last week credited his channel’s coverage with ensuring that Rajput’s death wasn’t “whitewashed” as a suicide. “I pushed, I pressurised, I connected the dots,” he told news website OpIndia. “In the process, if I’ve done a media trial, I’m happy I have done one.”

Goswami did not respond to a request for comment from Reuters. His main show, The Debate, ran last week with the hashtag #ArrestRheaNext.

Soon after her arrest on Tuesday, the channel started using the tag #RheaArrested.