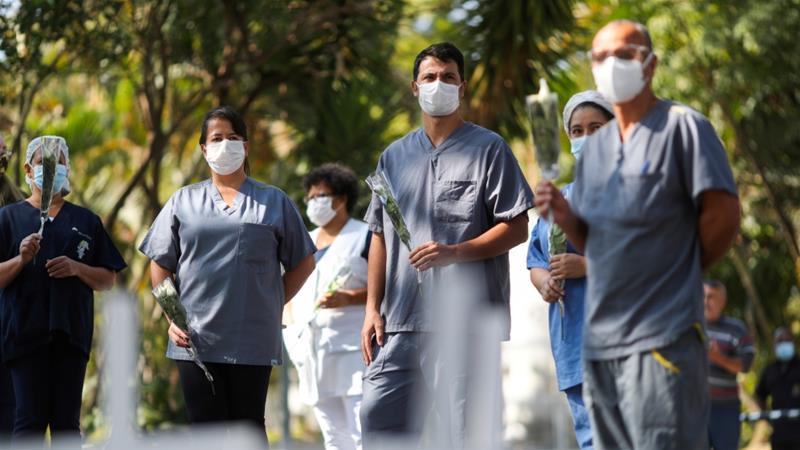 More than 20,000 people have so far died from COVID-19 in Brazil as the country registered its highest one-day toll.

The health ministry said on Thursday the 1,188 deaths recorded over the previous 24-hour period pushed the overall tally to 20,047.

Brazil, the epicentre of the pandemic in Latin America, has now recorded more than 310,000 confirmed cases – but experts say a lack of testing means the real figures are probably much higher.

With its curve of infections and deaths rising sharply, the country of 210 million ranks third in the world in terms of total cases, behind the United States and Russia.

The death toll – the sixth highest in the world – has doubled in just 11 days, according to ministry data.

Despite the worrying spread of the disease, far-right President Jair Bolsonaro on Thursday continued his calls to scrap lockdown measures to revive a flagging economy.

But almost all of the country’s 27 states are under some sort of lockdown order, though Brazilians are wearying of the restrictions in place since the end of March.

The state of Sao Paulo, the economic and cultural capital of Brazil, is by far the most affected, with about a quarter of the country’s deaths and infections.

Hospitals in Sao Paulo, Rio de Janeiro and various states across northern and northeastern Brazil are near collapse.

The authorities have been racing to set up field hospitals with more beds, but are struggling to build them fast enough.

Sao Paulo Governor Joao Doria, who has clashed often with the president over containment measures, has said the country has to fight both coronavirus and “Bolsonarovirus”.

But Bolsonaro and the governors sounded a conciliatory note on Thursday as they held a video conference on coordinating the response to the pandemic.

The president called it “a great victory for the Brazilian people”.

Doria, for his part, urged unity.

“Brazil needs to be united. If we’re at war, we all face defeat. Let’s go together in peace, Mr President, together for Brazil,” he said.

Bolsonaro, who has famously compared the virus with a “little flu”, appears to have pinned his hopes on the anti-malaria drugs chloroquine and hydroxychloroquine to stop it.

The drugs have shown inconclusive results against coronavirus, and scientists say further studies are needed to determine whether they are safe and effective for COVID-19.

But like his US counterpart Donald Trump, Bolsonaro sees them as potential wonder drugs.

His government recommended on Wednesday that all COVID-19 patients receive one of the drugs as soon as they show symptoms.

“There is still no scientific proof, but (chloroquine) is being monitored and used in Brazil and around the world,” Bolsonaro wrote on Twitter. “We are at war.” 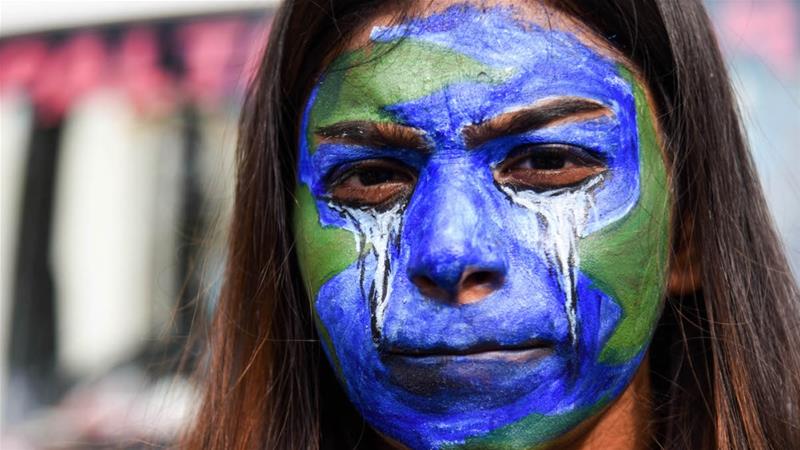 Could coronavirus change how we tackle the climate crisis?