The Kayapo say they’re worried that the project would bring farmers who use pesticides that would pollute local rivers. 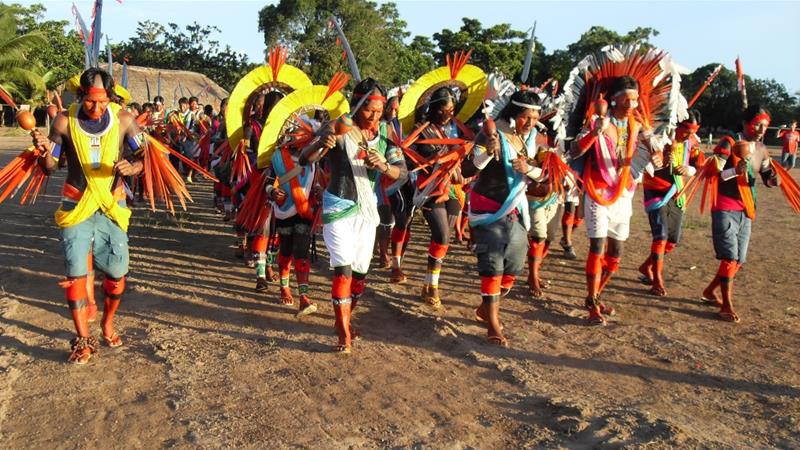 Sao Paulo, Brazil – The Kayapo, a Brazilian Amazon indigenous group, is mobilising to protect its land rights as the government works to launch an ambitious soy railway project that would pass within 60km of the tribe’s territory.

The $3.3bn, 933km EF-170 “Ferrograo” or “Grain Railway” is a priority project of the government of far-right President Jair Bolsonaro, whose 2018 victory was backed by Brazil’s powerful agriculture sector, in part on promises to freeze indigenous land demarcations.

Tarcisio Freitas, Brazil’s Minister for Infrastructure, has described the Ferrograo project as “a revolution in terms of agribusiness”. Bidding is expected to begin by the end of the year or in early 2020.

The planned extension would connect Sinop in Brazil’s soy heartland state Mato Grosso to the Miritituba port in Para that sits on the Tapajos River, a major tributary of the Amazon. From there, soy shipments for export to China and other countries would head to ports in Belem and Santana.

Doto Takak-Ire, a Kayapo leader and member of Kabu Institute, an organisation formed of 12 Kayapo villages, told Al Jazeera he worried that the project would bring an influx of speculative farmers to the edges of the Kayapo Menkragnoti and Bau reserves and that increased use of pesticides would pollute local rivers. 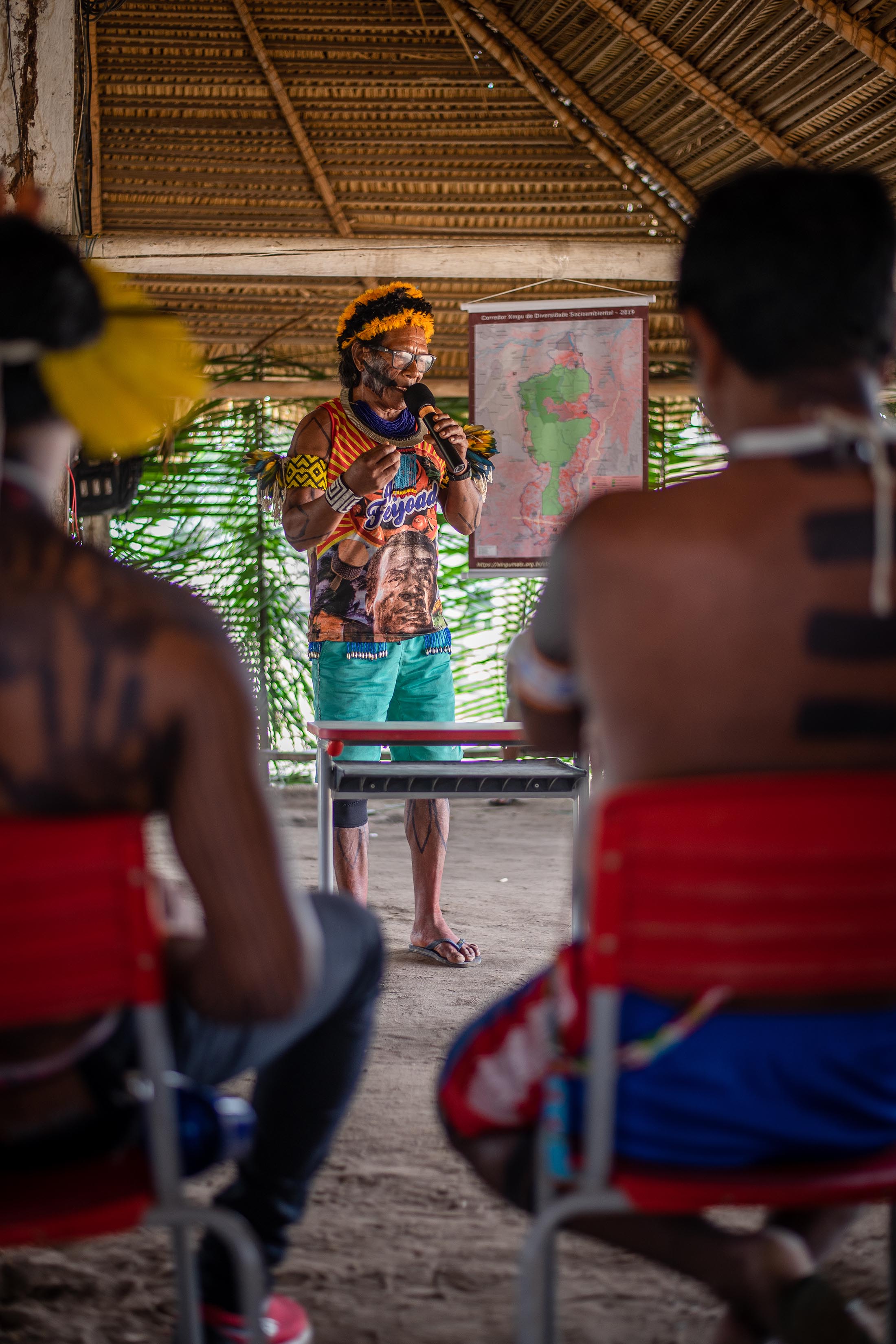 “We notice that, already, with the announcement of the project, there is a huge increase in the amount of soy plantations in the region, some very close to our land,” he said.

Takak-Ire also voiced concern that the project would cause illegal loggers, land grabbers and wildcat miners in the region to increase.

Located close to the BR-163 highway, the Kayapo territory is already one of the Amazon’s most targeted indigenous lands for loggers, losing 776 hectares between 2017-2018 according to Brazil’s National Space Institute.

The Kayapo say that they haven’t been consulted adequately about the railway and delivered a protocol document to federal prosecutors and environmental authorities on Wednesday with a list of demands.

These include that leaders from all 12 villages must be present during government negotiations and meetings must include trusted translators for tribe members that don’t speak Portuguese.

“This protocol is important for us because the government is not fulfilling the law,” Takak-Ire said.

Brazil’s Program of Investment Partnerships, which oversees the investment of the project, rejects the Kayapo accusation, telling Al Jazeera via email that representatives of indigenous communities were present during public hearings about the project and that further consultations will happen during the environmental licensing process.

The indigenous reject this and say they must be consulted sufficiently and under their specified conditions before the project proposal heads to Federal Court of Accounts as promised to them by National Land Transport Agency in 2017.

Felipe Moura Palha, a federal prosecutor, told Al Jazeera that “the position of the prosecutor’s office is that the Brazilian state must respect the protocol drawn up by the indigenous people”.

Palha added that if the state does not, it is violating the Brazilian constitution and Convention 169 of the International Labour Organization.

Soy is Brazil’s most valuable export product, accounting for $25bn in 2017, most of which is sent to China. But infrastructure bottlenecks such as poor quality roads cause the price of Brazil grains to rocket from farm to port.

Edeon Vaz Ferreira, a logistics specialist at the Association of Brazilian Soybean Producers, told Al Jazeera, that the average cost of soy collection and delivery to port for each tonne in Brazil was $88 compared with $20 in the American mid-west.

“The Ferrograo will significantly reduce the costs of Brazilian soy, making the product more competitive,” he said.

According to the Mato Grosso Agricultural Institute, the Ferrograo could lead to a 70 percent increase in the annual grain collection of the state over a period of 10 years.

Currently, Mato Grosso grains heading north to the Miritituba port are transported along the BR-163 highway, at least 50km of which is still unpaved and in 2017, 4,000 trucks were stopped for more than a week due to flooding because of heavy rains.

Brazil’s Vice President General Hamilton Mourao told local soy producers at an agricultural event on Friday in Sorriso, Mato Grosso, that “the Ferrograo will happen, it will be built”.

“It won’t be easy, but if it was easy, it wouldn’t be for us. The difficult missions are for Jair Bolsonaro,” he said.

Bolsonaro was sworn in on January 1. Indigenous leaders and advocacy groups have denounced steps taken by his government to reduce protection of indigenous lands by handing the power of demarcation to Brazil’s agricultural ministry, as well as a series of attacks and invasions by loggers and land grabbers.