MANAUS (Reuters) – Brazil’s Amazonas state warned on Thursday that its health system has been overwhelmed by the coronavirus epidemic, with all intensive care beds and ventilators already taken as a result of the outbreak. 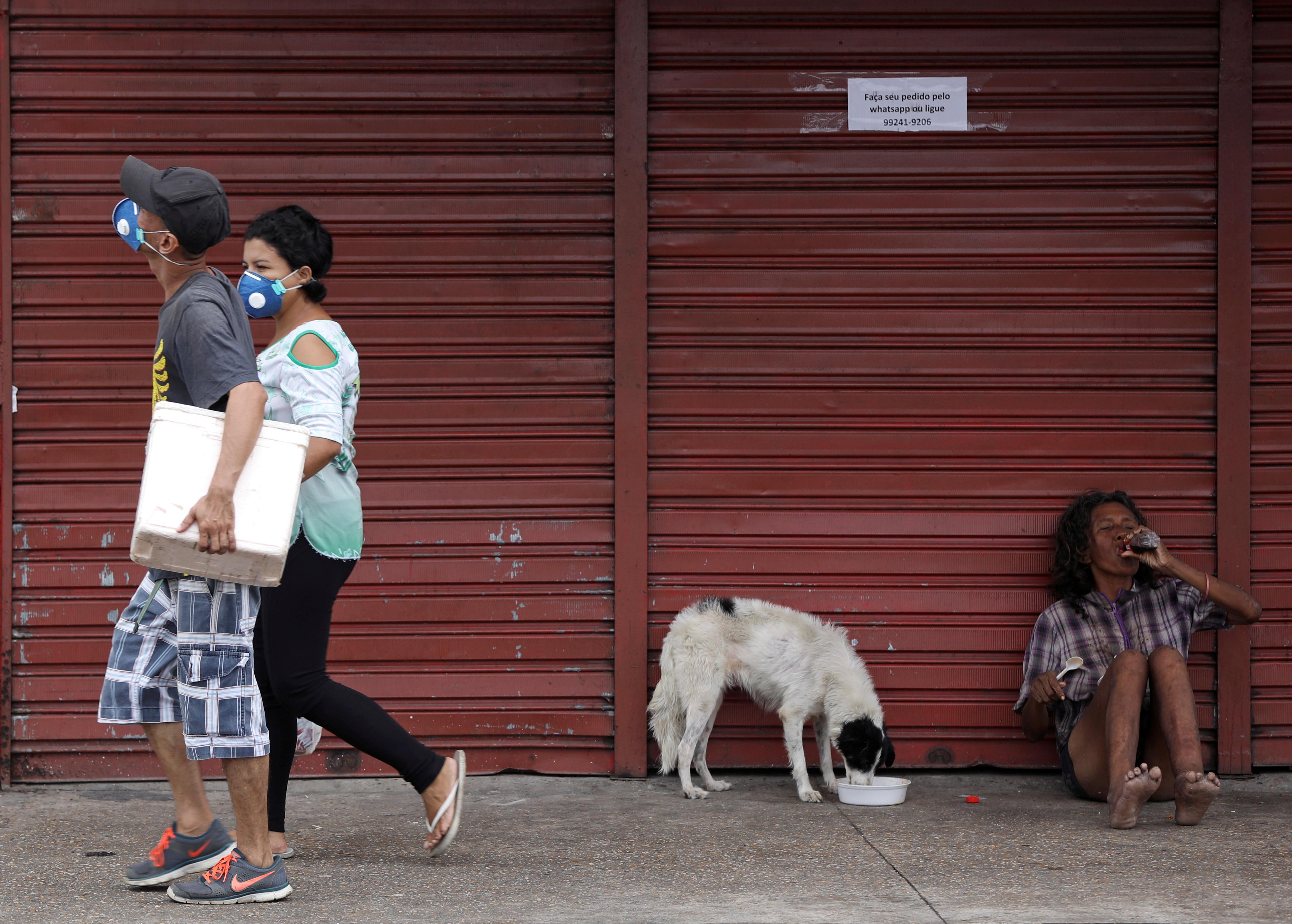 As the virus spreads across the country from its epicenter in Brazil’s wealthiest city of Sao Paulo, it is highlighting the huge discrepancies in healthcare provisions in this continent-sized country.

Manaus, a city of 2 million in the heart of the Amazon rainforest and the capital of Amazonas, has been particularly hard hit, with 800 confirmed cases. The state as a whole has had 40 deaths out of around 900 confirmed cases.

Manaus is the only city in the state with intensive care units (ICUs).

Rosemary Pinto, head of the state health system, pleaded for people to heed social distancing orders aimed at shutting down all but essential activities.

“There are still too many people in the streets,” she said at a news conference.

“Families are sitting out on chairs in front of their homes. There are lines at the banks, including elderly people who are at risk, and that is why so many are dying,” she said.

The crisis led the state governor to replace his health secretary on Wednesday.

“Most of the cases are concentrated in Manaus, but when the virus spreads to the interior of the state and reaches the indigenous communities, it will be a catastrophe,” said Marcelo Ramos, a federal lawmaker representing Amazonas.

Health experts and anthropologists have warned of the danger of the pandemic decimating Brazil’s 850,000 indigenous people because they have no immunity to external diseases and live in communal homes where social distancing is not possible.

So far, the indigenous health service Sesai has reported only six cases of coronavirus among indigenous people.

Four of them are on the upper reaches of the Amazon river near Peru and Colombia, one case is in Manaus, and one reported on Wednesday involves a Yanomami 14-year-old who is stable in an intensive care unit in Boas Vista, capital of Roraima state.