BRASILIA (Reuters) – Brazil’s President Jair Bolsonaro on Tuesday said he was pushing a bill through Congress to allow commercial mining and agriculture on protected indigenous lands, as he met with tribal leaders to announce a credit line to support indigenous farmers who have developed soy plantations on their reservations. 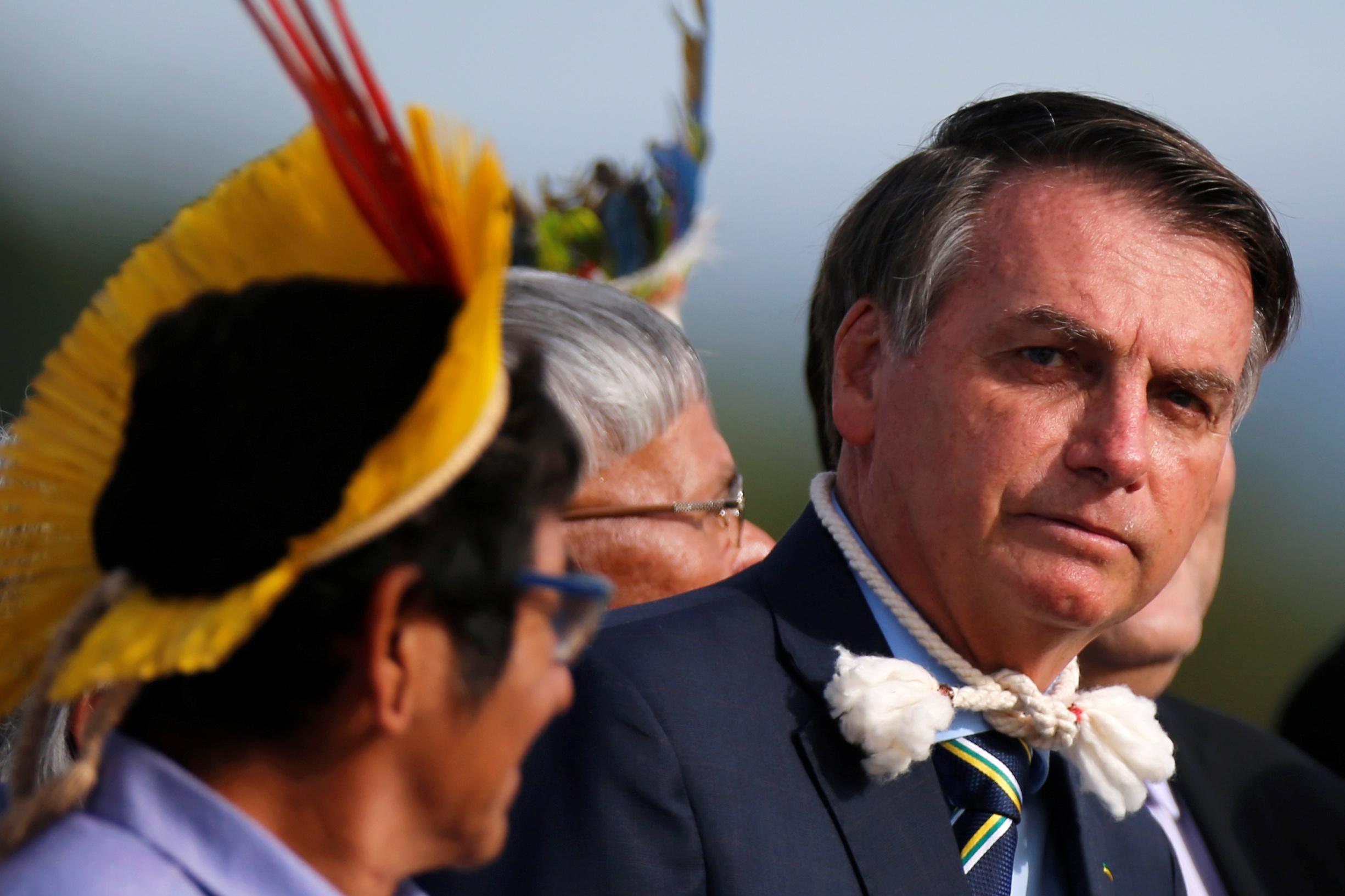 The far-right leader, who has faced criticism for his government’s failure to protect the Amazon rainforest, said the credit line would allow indigenous tribes to buy seed, fertilizer and machinery, even though large-scale agriculture has hitherto been illegal on their lands.

“Indigenous people cannot be stuck inside their lands like prehistoric human beings,” Bolsonaro said as he met with some 20 indigenous leaders at the gates of the presidential palace.

Speaking with Agriculture Minister Tereza Cristina beside him, Bolsonaro said the credit line would help lift Brazil’s indigenous people out of poverty and assimilate them into Brazilian society.

The main organizations representing Brazil’s 900,000 indigenous people say a majority are opposed to mining and commercial agriculture on their ancestral lands, however.

Bolsonaro’s comments at the presidential palace came as Raoni Metuktire, a Kayapo chief known internationally for his environmental campaigning since the 1980s, joined other indigenous representatives in an appearance at Brazil’s Congress on Tuesday to ask Speaker Rodrigo Maia to block the government’s commercial mining and farming bill.

“Bolsonaro is clearly trying to create division between us, but the majority of us are represented here and is against the bill,” said Sonia Guajajara, head of APIB, an umbrella organization of the indigenous tribes of Brazil.

“We do not want the destruction of the rainforest with mining and hydroelectric dams. I am against what Bolsonaro is doing,” Raoni told a news conference.

Bolsonaro said his bill will allow indigenous people to mine and plant crops on their lands, and rent them to white farmers if they want to, which is currently illegal under Brazilian law.

Environmental laws also ban commercial agriculture and the use of transgenic crops on reservation lands, though three tribes were given a temporary three-year permit to develop large-scale farming that expired in 2018.

One of the tribes, the Parecis are farming 8,000 hectares of soy this season, and Bolsonaro plans to visit them during the harvest, a source at the indigenous affairs agency Funai said.

“We’re here to show that there are indigenous people in Brazil who want to farm while keeping their indigenous culture,” said Parecis farming manager Arnaldo Zunizakae.

He said his people want to produce wealth to improve their standard of living, through “organized and responsible” agriculture that preserves nature.