After the collapse of a ferry deal with a company with no ships, British MPs urge Theresa May to sack Chris Grayling. 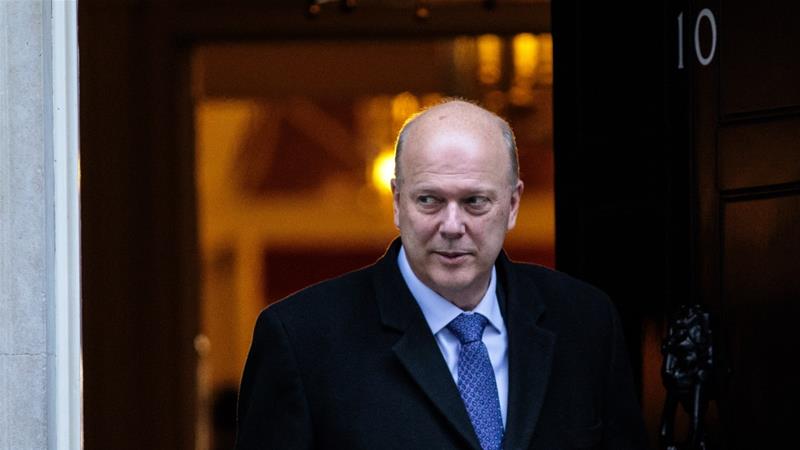 British MPs have called for the sacking of Transport Secretary Chris Grayling, if he doesn’t resign himself, after a controversial contract awarded to a ferry firm with no ships was cancelled.

Grayling had awarded Seaborne Freight with a contract of 13.8 million pounds ($18m) to run ferries between Ramsgate and Ostend in the event that the United Kingdom leaves the European Union without a Brexit divorce deal next month.

But the UK Department for Transport said it ended the contract because Arklow Shipping, an Irish firm that was backing Seaborne Freight, had withdrawn its support.

MPs from the opposition Labour Party called on Prime Minister Theresa May demanding to sack the transport secretary, as well as Shadow Transport Secretary Andy McDonald, who described the news as “humiliating” and “damaging to our country’s reputation”.

MP David Hanson described the collapse of the deal as “complete shambles”.

Only Chris Grayling could award a £14 million contract to a shipping company with no money, no ships, no track record, no employees, no ports, no working website, no sailing schedule and only one telephone line. pic.twitter.com/W3fC2zXwHF

Seaborne had been contracted to provide services between Ramsgate in southeast England and the Belgian port of Ostend to ease pressure on the busiest cross-Channel route between Dover, England and Calais, France.

Criticism of the deal increased when it was discovered that part of Seaborne’s website appeared to have been copied from a food delivery firm.

The transport secretary also faced calls to step down from his position within the Conservative Party.

Anna Soubry, a former minister, told the Observer newspaper that Grayling “should be quietly considering his position”.

The UK is due to leave the EU on March 29, but British legislators have not agreed on a divorce deal outlining departure rules and future trade terms.

British businesses worry that leaving the bloc without a deal would cause gridlock at British ports by ripping up the trade rulebook and imposing tariffs, customs checks and other barriers between the UK and its biggest trading partner.

Despite the criticism, Downing Street said late on Saturday, May had expressed her full confidence in Grayling, while pro-Brexit MPs defended the minister.

“The department was right to award this and right to take action now. The important thing is that both Calais and the department are working extremely hard to keep trade moving,” said former Brexit secretary David Davis, as reported by the Observer.