“Top Gun” fighter pilots have been selected for training missions aimed at combating Chinese and Russian military and communication satellites in times of war. Simulated exercises are set to get under way before flying training exercises take place. Training flights without missiles would see Typhoon pilots fly to 40,000ft before embarking on a 20,000ft vertical climb. During a real-life attack they would target enemy satellites and release anti-satellite (ASAT) missiles at 60,000ft, before returning.

The plans are revealed just two weeks after Air Commodore Paul Godfrey – a seasoned Typhoon
pilot – was appointed as the first head of UK Space Command.

Air Chief Marshal Sir Mike Wigston has warned that while it is still considered “contentious” to talk about space as a military domain, it would be “tantamount to negligence” if the UK armed forces failed to take seriously the threats posed to crucial satellite functions such as communications and GPS navigation.

“A future conflict may not start in space but I am in no doubt it will transition very quickly to space, and it may even be won or lost in space,” he said. “So we have to be ready to protect and, if necessary, defend our critical national interests. 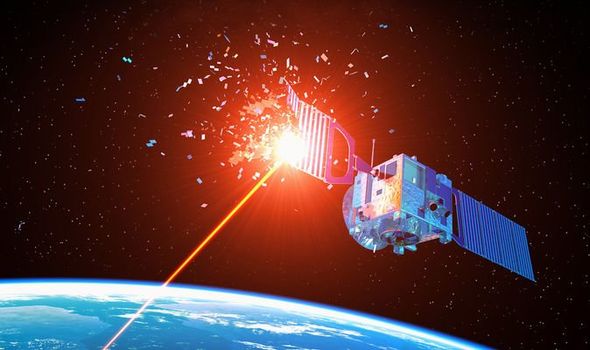 “We have already seen nations such as China, Russia and others developing anti-satellite capabilities.”

While the UK does not yet possess anti-satellite missiles, the US has had the technology since the 1980s, when one was fired from a fighter jet to down an old weather satellite.

Russia has now demonstrated two types of space weapons: direct-ascent anti-satellite missiles which launch from the ground, and a space-based system said last year to have been fired from another satellite.

RAF sources last night added that while the UK is driving discussion of responsible behaviour in space at the UN, it would be “folly not to explore fully the capabilities required for satellite denial”. 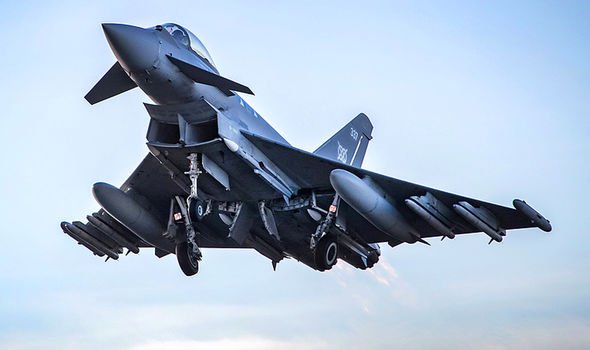 The US’s current SM-3 anti-satellite missiles can be mounted under the wings of RAF Typhoons.

Justin Bronk, research fellow at the RUSI think tank, said: “The benefits of having ASAT based on a ship or plane is that you can fire it from wherever you want.

“It doesn’t take a Typhoon long to reach the equator.”

But even if the UK acquired SM-3s, because of their length they would have to be fitted under the wings of Typhoons which may cause an issue with weight distribution.

Mr Bronk added: “It’s not an insurmountable problem but it certainly makes sense to use Typhoon simulators – where Typhoons fly up to 40,000ft before pulling up to get a zoom climb to 60,000ft – in order to clear the asymmetry issues.”