British citizen who wore Qatar jersey at Asian Cup says he was stabbed, left bleeding and deprived of food in prison. 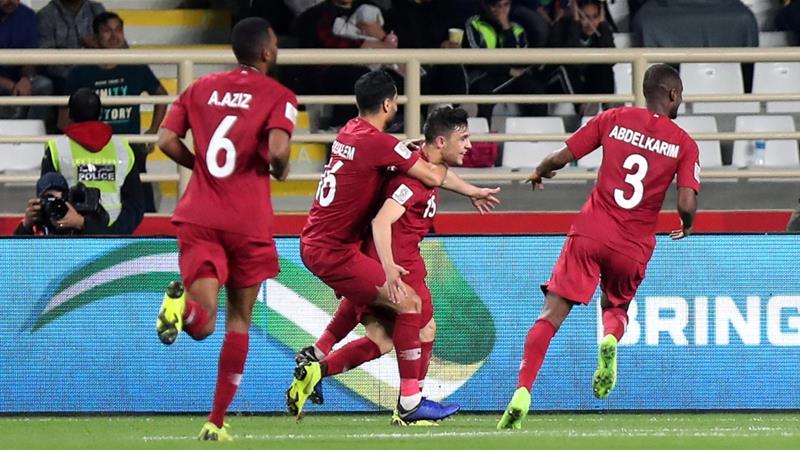 A British man, who was detained and allegedly harassed in the United Arab Emirates for wearing a Qatar football shirt during the AFC Asian Cup, was convinced he was going to die in the Gulf state, according to a UK media report.

Ali Issa Ahmad, who was charged last month for making false statements and wasting police time after he claimed getting beaten up by Emirati fans for supporting the Qatari team, arrived in the UK on Thursday following his release earlier this week.

In an interview with the Guardian published on Friday, the dual Sudanese-British citizen said he was stabbed in prison and deprived of sleep, food and water for several days while being held in a security building.

“I thought 100 percent that I was going to die in the UAE,” the 26-year-old told the British newspaper. “I thought I would commit suicide rather than letting them kill me.”

Ahmad, from Wolverhampton in central England and an Arsenal fan, was in the UAE on holiday when he wore Qatar’s jersey at the team’s group match against Iraq on January 22 without knowing that showing sympathy for Qatar is punishable in the Emirati state. Offenders face a jail term of up to 15 years.

The sanctions were imposed after the UAE, along with Saudi Arabia, Bahrain and Egypt severed diplomatic and trade ties with Qatar, accusing it of supporting “terrorism”. Doha has repeatedly and vehemently denied the allegations.

Ahmad said he was approached by officials at the match in Abu Dhabi and asked to hand over the shirt, which he did. But he said he was later followed back to his hotel in Dubai.

The Briton claimed he was punched in the face, knifed, handcuffed and left bleeding by security officials after he wore a different Qatar shirt at a beach the next day.

“I thought they were going to kill me,” he said before he was eventually let go.

Ahmad called an ambulance and had his injuries treated at a hospital, but was later detained for allegedly lying to the police about the assault.

According to a statement by the UAE embassy in London, Ahmad was charged on January 24 as “his injuries were inconsistent with his account of the event and appeared to be self-inflicted”.

A UAE official quoted in the embassy statement also rejected claims that Ahmad was arrested for wearing a Qatar football shirt.

He was held in a police cell in the Emirati city of Sharjah until February 12, before flying back to the UK on Wednesday.

This is the latest case in a number of alleged abuses by Emirati security personnel, who have been accused of torture and depriving prisoners of sleep while in detention.

Rights groups, lawyers and victims say there is a culture of fear for those who fall into the hands of the UAE authorities and are arbitrarily arrested, and unfairly tried, in some cases for ludicrous allegations.

Ahmad’s detention comes more than two months after British academic Matthew Hedges was released by the UAE by a presidential pardon after spending more than six months in prison in an espionage case.

He had been sentenced to life in prison for spying, escalating a diplomatic tussle between the UAE and Britain.