Carol Kirkwood, weather presenter for BBC Breakfast, said that while the thunderstorms on Wednesday would be “hit and miss”, they could “pop up anywhere” and cause damage quickly. The Met Office released a statement alongside their yellow warning that up to 30 millimetres of rain could fall within an hour in some places in the south. Ms Kirkwood added that, into Thursday, another weather front will be coming in from the West, through Ireland, with “thicker clouds and splashes of rain” to be expected.

Ms Kirkwood said: “Today what we have got is a lot of thunderstorms in the south, some of them could lead to flash flooding, rather like yesterday, but it is in the north where it will brighten up quite quickly and we will see sunny spells.

“Overnight, we have had this weatherfront that is pushing southwards but across Yorkshire, Lincolnshire and Nottinghamshire it has produced a fair old deluge of rain. Again there has been some extensive flooding overnight.

“And as this front sinks south it will lose its intensity but we still have thunderstorms, which could pop up anywhere in the southeastern corner. Not all of us will see them. They are going to be hit and miss.

“It will brighten up quite quickly in Scotland with a fair bit of sunshine, and the brightening process will be a little bit slower in Northern Ireland, but you should still see some sunshine through the course of today as well. 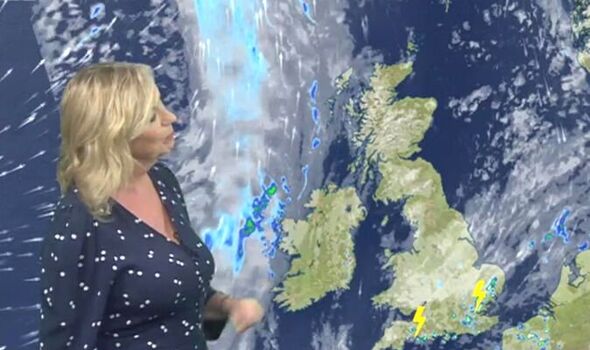 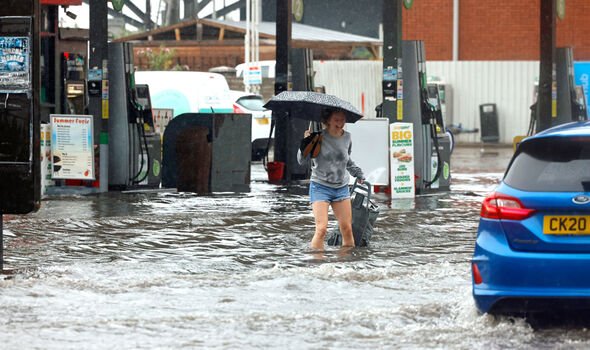 “Temperatures in the north range from 12 to 18 degrees. Come to the south and we are looking at around 19 to 23.

“Heading into this evening and overnight, we still have the dregs of that weatherfront, so there will be some low cloud, light rain and drizzle and the thunderstorm risk pushing into the far southeastern corner.

“Another weather front coming in from the west will introduce some thicker clouds and also some splashes of rain.

“On Thursday, we start off on a dry note but these fronts will bring in some more cloud and rain. Some of that rain will be heavy as it crosses parts of northwest England and also northwest Wales through the course of the day.” 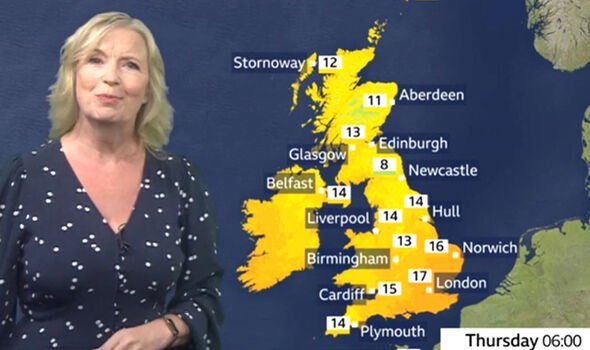 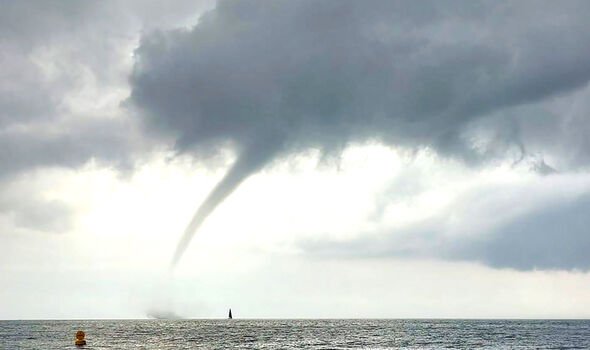 After weeks of sweltering weather, which has caused drought and left land parched, the Met Office’s yellow thunderstorm warning for Wednesday forecasts conditions in which “20-30 mm of rain is possible within an hour”.

Communities in central, southern and eastern parts of England – and south-east Wales – could face flash flooding as well as transport disruption and power cuts.

They could be cut off by flooded roads, and the chance of fast-flowing or deep floodwater may cause danger to life, the warning also adds.

It said: “Whilst some places will miss them, thunderstorms and areas of heavy rain will develop quite widely on Wednesday across central, southern and eastern parts of England and southeast Wales.

“20-30 mm of rain is possible within an hour, but where areas of thundery rain become slow-moving, some places could see 60 mm in less than three hours.

“A few spots could see more rainfall than this still, whilst hail and lightning may be additional hazards.” 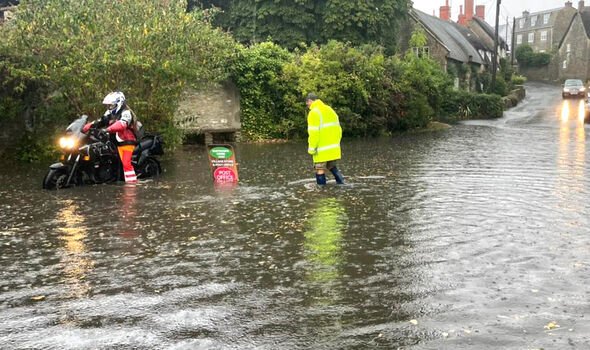 There were heavy downpours across the UK on Tuesday, with the Environment Agency having issued 29 flood alerts by the day’s conclusion.

The most torrential weather fronts were at Spadeadam in Cumbria, with 25.4mm of rain, and in Trengwainton House, Cornwall, with 18.4mm, the Met Office said.

It came as authorities moved Yorkshire to official drought status on Tuesday, following parts of the South West, southern and central England and the East of England.

Footage and photos shared to social media showed torrential rain and floodwater sweeping through towns across southern England and Wales, including Newquay in Cornwall, Bishop’s Tawton in Devon, Haywards Heath in West Sussex, Port Talbot in south-west Wales, and Bridport in Dorset.