ROME (Reuters) – It’s hard being a Catholic in Italy these days.

You can walk into a church but you can’t cross yourself with holy water because the font is dry. You can’t get baptized or married in a church and you can’t even have a funeral.

Just about the only thing a person can do in a church in Italy is pray – but at least a pew away from someone else.

Overwhelmingly Catholic Italy is adapting to religion in a time of coronavirus after a clampdown across the entire country was imposed to slow Europe’s worst outbreak.

Last Saturday, the Italian government issued a decree locking down much of the north, where the virus first broke out, and severely restricted indoor activities in the rest of the country.

So on Sunday, Father Riccardo Lamba of the parish of San Ponziano, in a modern Rome neighborhood, took matters into his own hands. He moved the Mass outdoors and said it from the steps of his modern church.

About 70 parishioners sat on plastic chairs with space between them and those who stood did so in formation as if they were about to take a gym class.

The government later took measures restricting outdoor gatherings. Lamba said he has not decided what he will do this Sunday.

“We are praying. Many people are entering the church to pray during the day but trying to keep apart,” he said on Tuesday.

His parish is not alone. Even St. Peter’s Basilica was eerily almost empty on Tuesday after the Vatican said only faithful who wanted to pray would be allowed in. Tourists and guided groups would not be allowed until at least April 3.

“We are living day to day to see what happens. Sometimes the government changes its mind in a matter of hours,” Lamba said. “Thank God the hard-core faithful can watch a Mass on TV.”

Church weddings have been blocked until at least April 3. The trickle down effect has hit the wedding planner industry on the cusp of spring, its high season.

“We have closed the office for now and have to wait and see how things develop,” said Sabrina Bucci, head of Esclusivevent, which organizes weddings in Rome’s churches and receptions in an ancient villa with a view of the dome of St. Peter’s Basilica.

She said five weddings had been postponed indefinitely.

The coronavirus crisis has also changed the way Catholics say farewell to their dearly departed. 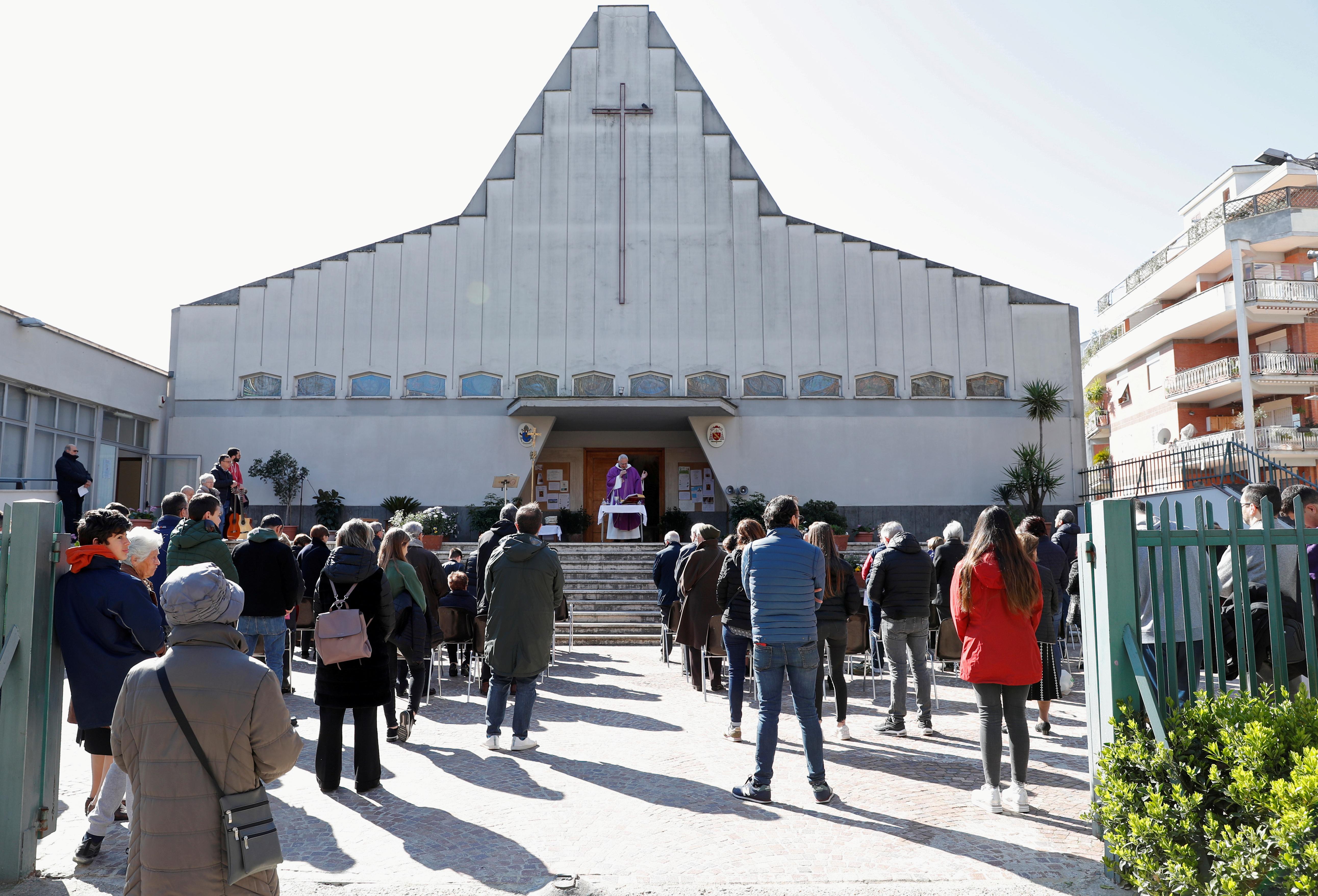 Since funerals in churches have been banned, bodies are being taken directly to cemeteries either from hospitals or homes, denying families a traditional rite of passage that brings people together.

“This morning’s funeral could not be held. A priest came to the home to bless the body and we took it directly to the cemetery,” said Stefano Chiericoni, head of one of Rome’s best-known undertakers.

“We are doing what the health authorities are telling us to do and, in any case, we are wearing masks and protective gowns,” he said.