Shahnaz passed away at her Baridhara residence on Sunday after suffering a heart attack. 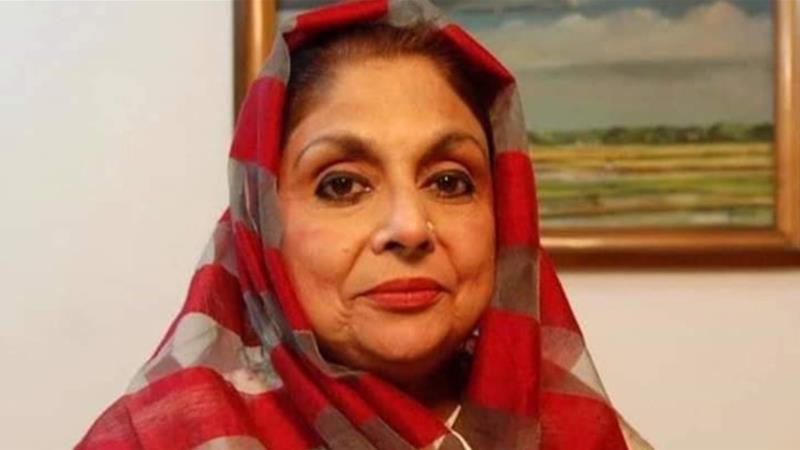 She had retired from professional singing about seven years ago and died at her Baridhara residence in the capital, Dhaka.

Rahmatullah emerged as a singer in Dhaka in the mid-1960s, beginning her career in radio at the age of 10. She sang many patriotic songs during the liberation war of the 1970s.

The two sides went to war in March 1971 and nine months later the conflict ended with the secession of East Pakistan, which became the independent state of Bangladesh.

‘Voice of the nation’

In 1992, Rahmatullah was awarded the Ekushey Padak, the second highest civilian award in Bangladesh.

In 2006, Shahnaz’s four songs were ranked on BBC’s list of top 20 greatest Bengali songs of all time.

The first funeral prayers were held at the Park Mosque in Baridhara. She left behind the husband, a son and a daughter.

Tributes from Pakistan and Bangladesh poured in on social media remembering her as a “gifted singer” and the “voice of the nation”.

Rest in peace #ShahnazBegum – melodious voice that will never be forgotten. #Pakistan & #Bangladesh will mourn the passing away of this gifted singer.
‘Sohni dharti Allah rakhay’ shall remain the best of patriotic songs. #musicvideo #music #Pakistan pic.twitter.com/Kx4ua4QGl9

#ShahnazBegum, whose voice gave life to the soulful renditions of the iconic anthems, ‘Jeevay Pakistan’ and Sohni Dharti’, passes away in #Dhaka.