Protesters have looted shops in Chile after demonstrations in cities across the country, which marked two years since social unrest and violence sparked the re-writing of the constitution.

Around 30 people died and thousands more were injured in the 2019 anti-government marches, with President Sebastian Pinera’s administration criticised for its heavy-handed response.

The marches began on 18 October 2019 and continued through to December, causing the military to take to the streets for the first time since the rule of General Augusto Pinochet in the 1980s.

Led by students protesting over metro fare rises and sharp increases in the cost of living, they brought light to deep discontent about inequality within Chilean society. 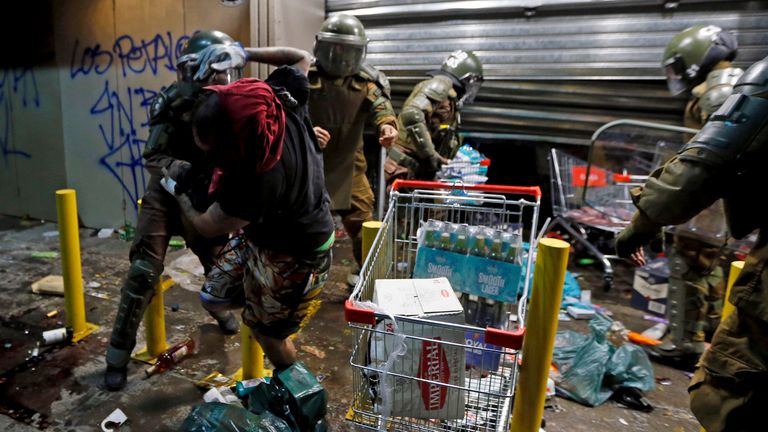 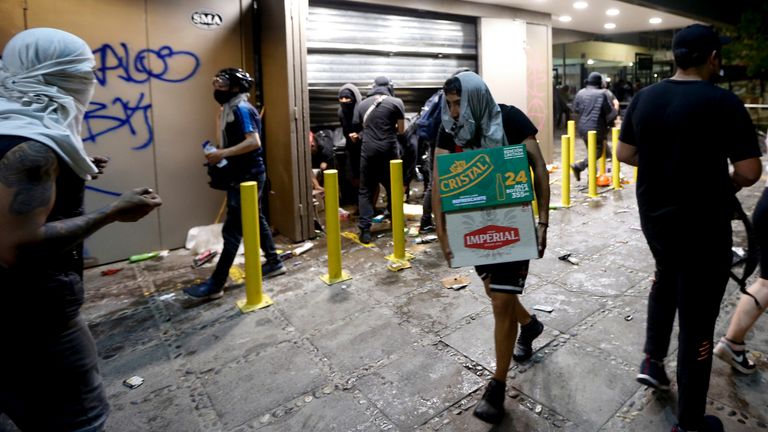 On Monday, thousands of demonstrators congregated in the capital Santiago, and other cities, to mark the anniversary and renew their calls for greater social justice.

Most events were peaceful, but some demonstrations turned violent, with looting reported, and a car set ablaze.

In Santiago, various marches converged from different parts of the city, causing massive traffic jams, while some protesters launched fireworks and lit bonfires, sparking some skirmishes with police. 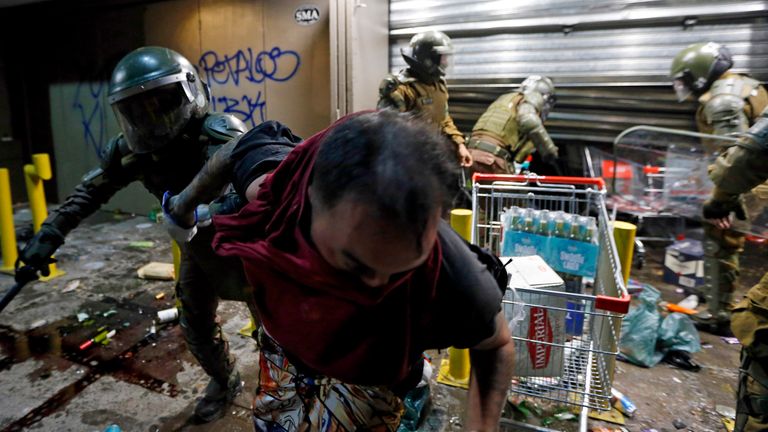 Pamela Figueroa, a political scientist at the University of Santiago, told Reuters: “This is a moment of commemoration regarding the country we must build.

“That social unrest is being channelled into building up our democracy.” 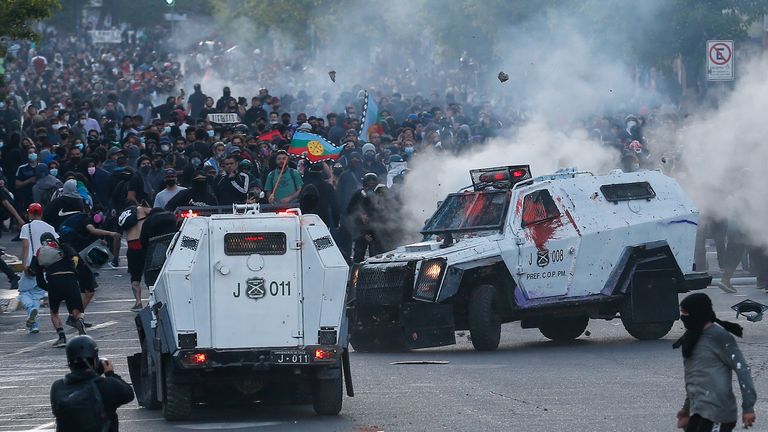 Chile is divided ahead of presidential and legislative elections on 21 November.

A resurgent left pledging social change is posing a challenge to conservatives. Lawmaker and former student leader Gabriel Boric is leading the presidential race in opinion polls, supported by a leftist coalition.

Far-right former lawmaker Jose Antonio Kast has gained as well, with one poll showing him ahead.

The new president will assume office in March.