BEIJING (Reuters) – Mainland China reported on Thursday the lowest number of confirmed cases of a new coronavirus since late January, partly because of a change in diagnostic criteria for patients in Hubei province, the epicenter of the outbreak. 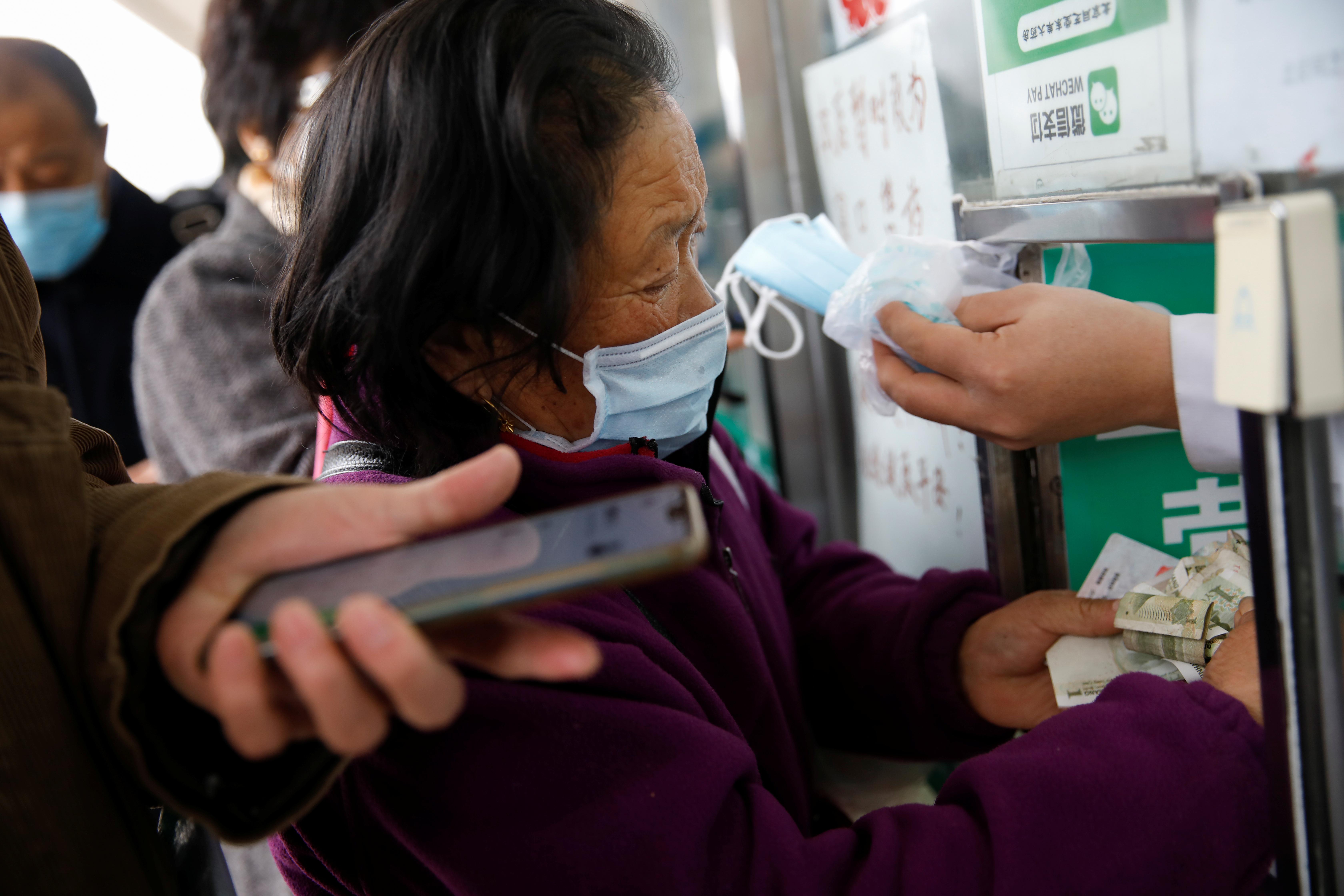 China had 394 new confirmed cases on Wednesday, the National Health Commission (NHC) said, sharply down from 1,749 cases a day earlier and the lowest since Jan. 23.

That brings the total accumulated number of confirmed cases in mainland China to 74,576.

The new coronavirus emerged in the city of Wuhan, the capital of the central province of Hubei, in December, apparently jumping to people in a market selling wildlife.

Just how cases are diagnosed and confirmed has had a big impact on official tallies of cases, and changes in the method have raised questions about the extent to which daily tallies accurately reflect the state of the outbreak.

Initially, authorities were using nucleic acid tests to identify the presence of the virus, but such tests require days of processing.

So last week, Hubei introduced a new, quicker diagnostic method through computerized tomography (CT) scans, which use X-rays, to reveal lung infections, and to confirm the presence of the virus.

The new method of diagnosis meant that suspected cases of the coronavirus who showed signs of pneumonia in the CT scan chest X-rays, but did not test positive for genetic traces of the virus, were counted as confirmed cases.

That led to a surge of more than 15,000 new coronavirus infections for Feb. 12, and sparked unfounded fears that the virus was suddenly spreading much faster.

But on Wednesday, the NHC said it was removing that category of clinically diagnosed cases from its criteria for confirmed cases, meaning 279 cases would be removed from the Hubei tally.

The commission said the nucleic acid test was the preferred method of diagnosis.

As a result, Hubei, which accounts for most of China’s infections, saw a sharp drop in confirmed cases, as reflected in the data announced on Thursday, with 349 new confirmed cases tallied on Wednesday, down from 1,693 on Tuesday and the lowest since Jan. 25.

For Hubei, even if the authorities restored the 279 cases that were subtracted from the tally, the number of new cases on Wednesday would still be at least 1,000 less than a day earlier.

Allen Cheng, an infectious diseases expert at Monash University in Melbourne, said he did not understand why cases diagnosed by different methods at different times had to be added or subtracted to tallies on other days.

“Best practice would be to assign the cases to the date they are reported. This was also an issue with the large number of cases reported on Feb. 12,” he said.

Excluding Hubei, the number of new confirmed cases in mainland China stood at 45 on Wednesday, down from 56 a day earlier and falling for the 16th consecutive day.

The situation is still severe, although efforts to curb the coronavirus in Hubei have made progress, Vice Premier Sun Chunlan said on Wednesday.

In the eastern province of Zhejiang, with the exception of the city of Wenzhou, buses on hundreds of routes were allowed to resume operations.

In the tourist hot spot of Sanya in the southern island province of Hainan, tourist sites – except for indoor venues such as theaters and museums – had been allowed to re-open for business.