Nearly one million people have been infected by the new coronavirus and nearly 46,000 have died since it first emerged in central China late last year, according to an AFP tally. Beijing “did not” under-report the total number of cases and deaths it suffered from the novel coronavirus, China’s ambassador to France Lu Shaye said on Tuesday, amid suggestions the country downplayed the scale of its outbreak. Mr Lu told Europe 1 radio: “We did not under-estimate (the death toll), it is precise,” as he brushed off claims China’s public reporting on coronavirus cases and deaths was inaccurate.

The flu-like infection has killed around 3,300 people in China, “including 2,535 in Wuhan,” ground zero for the pandemic, he insisted.

Doubts emerged over China’s death toll after thousands of urns were spotted in the central Chinese city last week.

Photos obtained by the Caixin media outlet and circulated on social media showed long lines of relatives waiting outside funeral homes to pick up the remains of their loved ones, prompting questions about the true scale of casualties.

Trucks shipped in some 2,500 urns to one funeral home on both Wednesday and Thursday, according to Caixin media. One picture showed some 3,500 urns stacked on the ground inside, though whether they had all been filled remains unclear.

But, while Wuhan funeral homes have refused to share data, some families said they had been forced to wait several hours to pick up their urn.

However, Mr Lu said the stacks of urns also included the remains of “thousands” of people whose deaths were “not linked” to the epidemic. 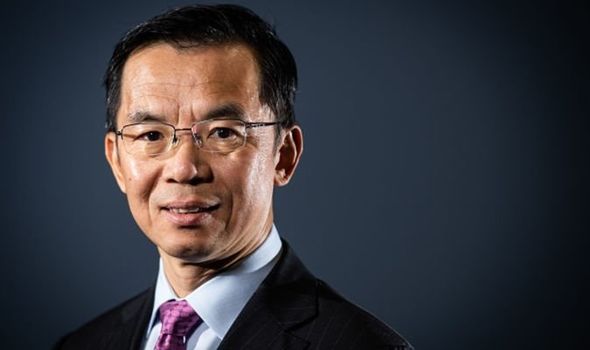 Chinese foreign ministry spokeswoman Hua Chunying, for her part, told reporters in Beijing on Thursday that China had been open and transparent about the coronavirus epidemic and blasted those casting doubt on the government’s narrative.

She said: “The comments by those US politicians are just shameless and morally repulsive.

“They should abandon such politicising of public health issues.”

Earlier, Michael McCaul, the top Republican on the House Foreign Affairs Committee, accused Beijing of hiding the true number of those impacted.

He said he had called for the State Department to investigate China’s “initial cover up and subsequent actions regarding this pandemic”.

US President Donald Trump, for his part, told a daily press briefing that he had not received an intelligence report on China’s data, but added: “The numbers seem to be a little bit on the light side – and I am being nice when I say that – relative to what we witnessed and what was reported.” 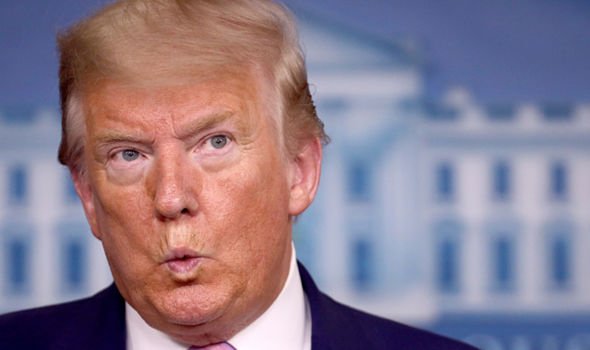 China, meanwhile, appears to have won its battle against the virus, announcing that widespread lockdowns in place since January were being gradually lifted.

The novel coronavirus first emerged in China in late 2019, but Beijing has reported fewer cases and deaths than the United States, which now has the world’s largest outbreak with 214,000 confirmed infections.

It has also reported fewer cases and deaths than Italy and Spain, the hardest-hit countries in Europe.

Over 900,000 people have been infected by the virus across more than 200 countries and regions and nearly 46,000 have died, according to an AFP tally.