Michael Kovrig and Michael Spavor have been held since December 2018 and not allowed to see a lawyer or family. 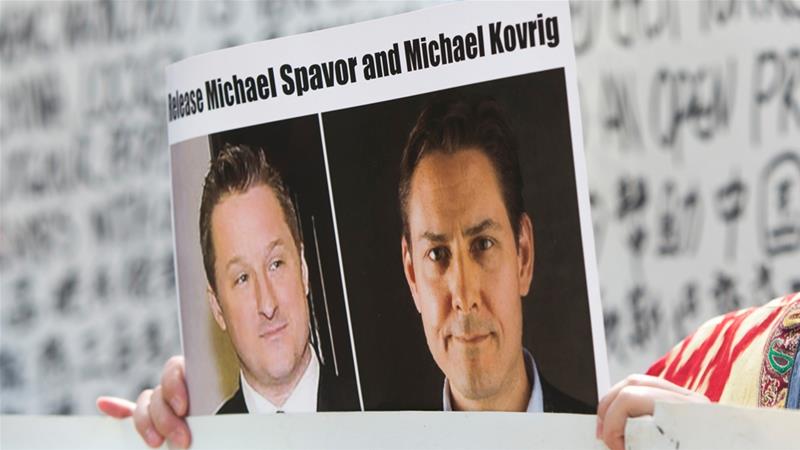 China has started prosecuting on spying charges two Canadians who were detained in December 2018 shortly after Huawei boss Meng Wanzhou was arrested in Vancouver following a US extradition request.

Former diplomat Michael Kovrig and businessman Michael Spavor were picked up by the Ministry of State Security on December 10, days after the arrest of Meng, Huawei’s chief financial officer, over allegations the telecommunications equipment giant breached US sanctions on Iran.

State media reported on Friday that formal proceedings against Kovrig and Spavor had begun in Beijing and Dandong, a city on the border with North Korea.

Kovrig, a Hong Kong-based senior adviser on Northeast Asia with the International Crisis Group, faces charges of spying and stealing state secrets, while Spavor is accused of being the contact who provided him with intelligence, according to the Global Times.

The state-run tabloid said that authorities stressed China was a country “run by the rule of law and will resolutely crack down on criminal activities that jeopardize national security”. It added that the legal rights of the two men were “fully guaranteed”.

China only formally confirmed Kovrig and Spavor’s arrest in May last year, saying their detention had no connection with Meng’s arrest in Canada. Meng is out on bail and living in one of her Vancouver mansions.

Kovrig and Spavor have not been allowed to see a lawyer or members of their family despite being detained for more than 18 months.

“Each passing day is a stain on China’s reputation, an injustice to Michael and act of cruelty to his family and loved ones,” Crisis Group said in a tweet on Friday morning, marking his 557th day in detention.

Canadian consular officials have been able to visit the two men roughly once a month to exchange messages between them and their loved ones, seek medical treatment for them if needed and help explain the legal process.