Sir William, who served as foreign secretary from 2010-14, was speaking after 53 pro-democracy dissidents were rounded up in Hong Kong and Donald Trump’s supporters stormed the US Congress. Writing in the Daily Telegraph he warned: “For anyone who believes in democracy, the year 2021 has had a very bad start.”

On January 6 Capital Hill was stormed by hundreds of Trump supporters in violent scenes which left five people dead.

The president’s backers were protesting against what they claim was a fraudulent presidential election, despite US courts and independent observers confirming its legitimacy.

New security laws imposed by Beijing last year mean it can arrest virtually anybody who challenges its authority over the city for subversion. 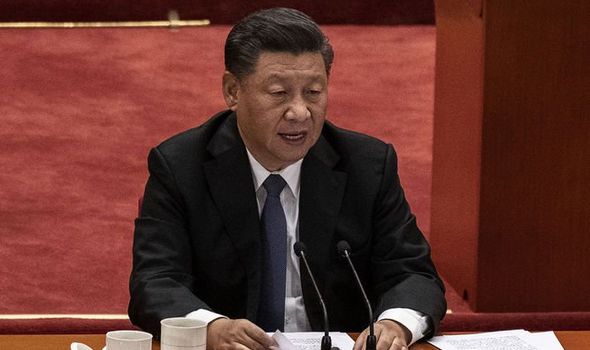 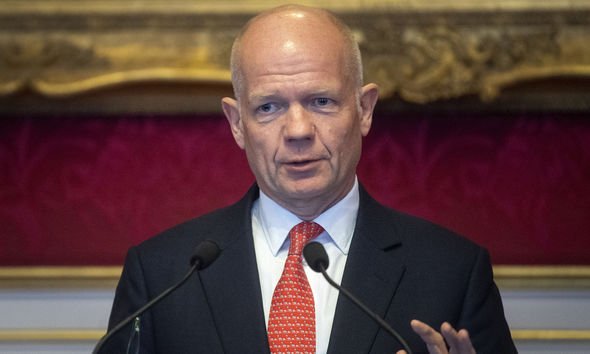 China is currently forecast to replace the United States as the world biggest economy in 2028, a date that has been brought forward by their respective handling of the coronavirus crisis.

Sir William warned there is “no certainty that free societies can survive the twin threats of China and the death of truth”.

He argued: “The combination of a loss of trust in elections in the world’s most powerful home of freedom, the cost-free snuffing out of democratic ideas by totalitarians and the steady erosion of the public’s grip on what is true or false add up to a gathering crisis for the future of free and open societies.

“In Moscow, Tehran and Beijing, there is much satisfaction at the chaos in Washington and at the state of the West: increasingly unsure of its own institutions, polarised within nations and suffering severely in a pandemic that hits free people particularly hard.” 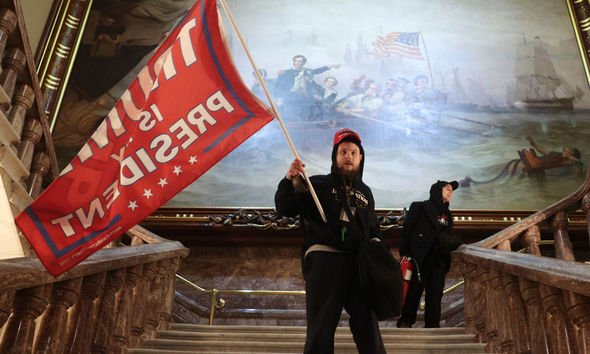 Democratic lawmakers say they will move to impeach Mr Trump for “inciting an insurrection” over his role in the Capital building attack.

The president instructed his supporters at a rally to “walk down to the Capitol” adding “you will never take back our country with weakness”.

During the violence one Trump supporter was shot dead by a police officer whilst a policeman later died of his wounds after being hit by a fire extinguisher. 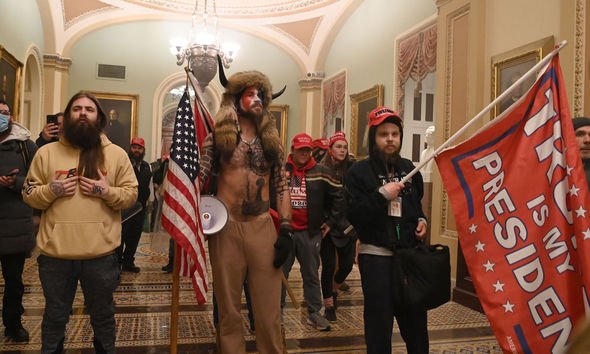 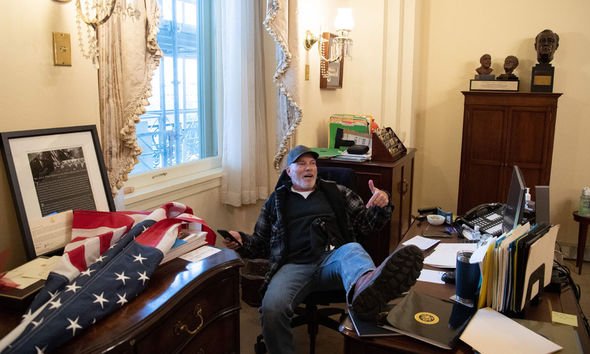 The president later released a video message urging his supporters to “go home” and adding “we love you, you’re very special”.

China imposed a new security law on Hong Kong, which had been rocked by pro-democracy protests in 2019, on June 30 2020.

Since this data a large number of dissidents, including leading activist Joshua Wong, have been seized by authorities.

Tensions between China and the US have surged during Mr Trump’s time as president.

China not opening up is ‘concerning’ says Tory MP Tugendhat

The two superpowers have clashed over trade, human rights and Beijing’s territorial claims.

China claims sovereignty over Taiwan, a US ally, and has threatened to resolve the dispute with force.

It has also claimed much of the South China Sea, the world’s busiest shipping lane, despite objections from six of its neighbours.

Sir William argued democracies will have to reassert their core values and work together against external threats. 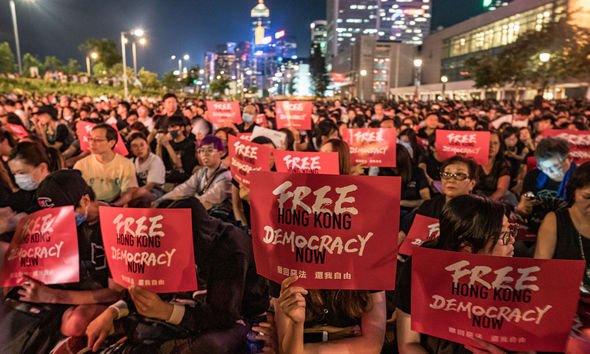 He wrote: “The virtues of freedom, and the human dignity and fulfilment that come from allowing competing ideas in a tolerant framework within the rule of law need to be advocated and championed again.

“Democracies like ours will have to forge a stronger common national purpose so that conflicting cultural identities don’t pull us apart.

“It will be vital to regulate social media so that varied views are heard instead of a stream of assertions that reinforce our prejudices.