WUHAN, China (Reuters) – The Chinese city where the coronavirus epidemic first broke out, Wuhan, ended a two-month lockdown on Wednesday, but a northern town started restricting the movement of its residents amid concerns of a second wave of infections in mainland China. 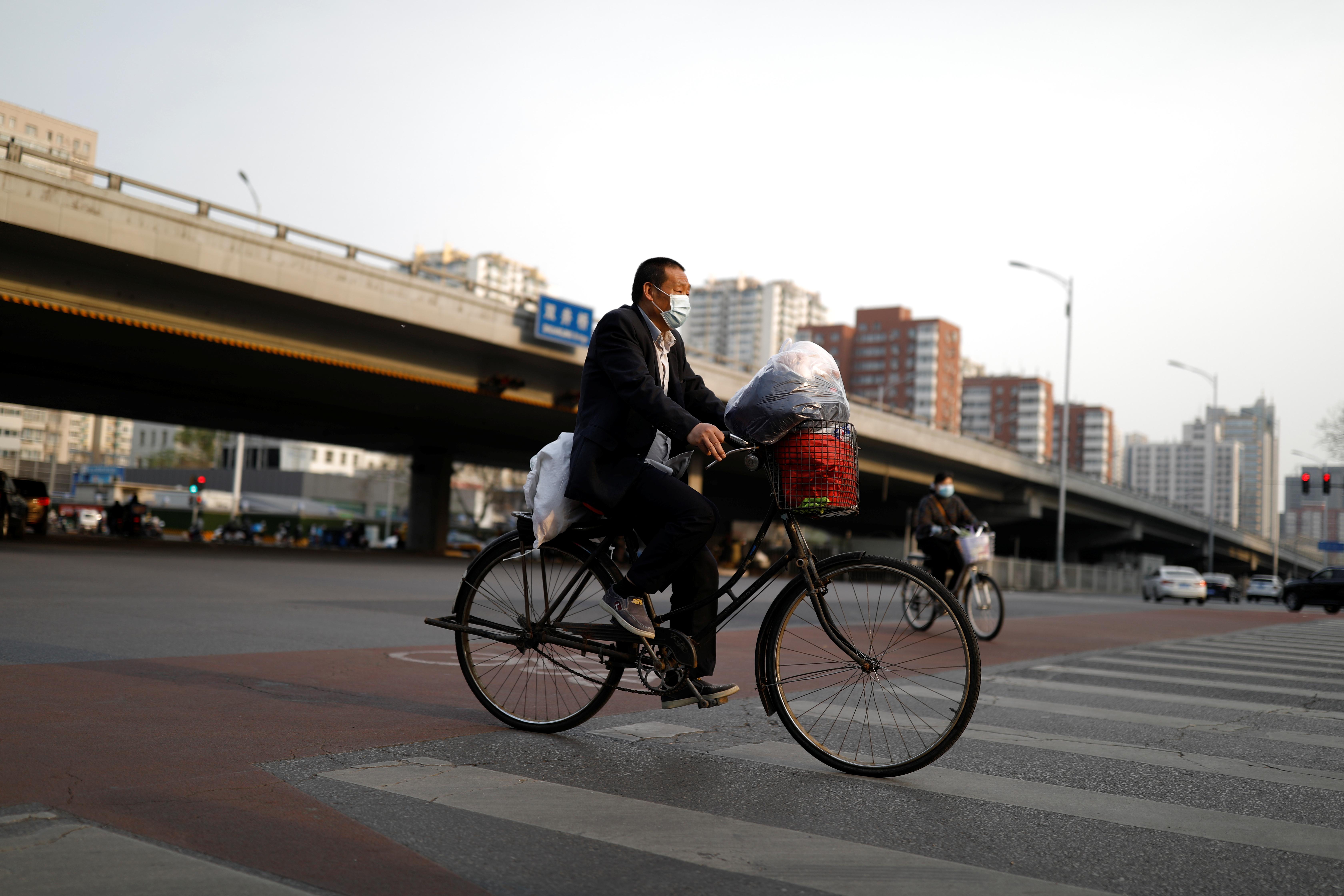 China sealed off Wuhan, a city of 11 million people, in late January to stop the spread of the virus. Over 50,000 people in Wuhan caught the virus, and more than 2,500 of them died, about 80% of all deaths in China, according to official figures.

The virus has since become a global pandemic that has infected over 1.4 million people and killed 82,000, wreaking havoc on the global economy as governments worldwide imposed sweeping lockdowns to rein in its spread.

But even as people leave the city, new imported cases in the northern province of Heilongjiang surged to a daily high of 25, fuelled by an influx of infected travellers arriving from Russia, which shares a land border with the province.

Suifenhe City in Heilongjiang restricted the movement of its citizens on Wednesday in a similar fashion to that of Wuhan.

Residents must stay in residential compounds and one person from a family can leave once every three days to buy necessities and must return on the same day, said state-run CCTV.

In Jiaozhou City in the eastern province of Shandong the risk level had risen from low to medium, according to a post on an official website, but it gave no further details.

A county in central China with a population of about 600,000 went into a partial lockdown on April 1 following several new infections, including at least two asymptomatic cases.

Around 55,000 people are expected to leave Wuhan by train on Wednesday. More than 10,000 travellers have left the city by plane so far as flights resume at Wuhan Tianhe airport. Flights to Beijing and international locations have not been restored.

Still, Wuhan residents have been urged not to leave the province, their city or even their neighbourhood unless absolutely necessary.

People from Wuhan arriving in the Chinese capital Beijing will have to undergo two rounds of testing for the virus.

China is maintaining strict screening protocols, concerned about any resurgence in domestic transmissions due to virus carriers who exhibit no symptoms and infected travellers arriving from overseas.

Authorities are chiefly concerned with imported infections and asymptomatic cases, people who have been infected with the virus but do not show any symptoms such as fever or a cough.

Mainland China’s new coronavirus cases doubled over the past 24 hours as the number of infected overseas travellers surged, while new asymptomatic infections more than quadrupled.

New confirmed cases rose to 62 on Tuesday from 32 a day earlier, the National Health Commission said, the highest since March 25. New imported infections accounted for 59 of the cases.

The number of new asymptomatic cases rose to 137 from 30 a day earlier, the health authority said on Wednesday, with incoming travellers accounting for 102 of the latest batch.

Chinese authorities do not count asymptomatic cases as part of its tally of confirmed coronavirus infections until patients show symptoms such as a fever or a cough.

As of Tuesday, 1,095 asymptomatic patients were under medical observation in China, with 358 of them travellers arriving from abroad.

To stem infections from outside its borders, China has slashed the number of international flights and denied entry to virtually all foreigners. It also started testing all international arrivals for the virus this month.

As of Tuesday, the total number of confirmed cases in mainland China stood at 81,802, including 3,333 fatalities, the National Health Commission said.