Australian police have “grave fears” for the wellbeing of a four-year-old girl who went missing from an outback campsite as they urged members of the public to come forward.

Cleo Smith was holidaying with her family at the Blowholes campsite in Macleod, around 560 miles (900km) north of Perth, when she vanished during the early hours of Saturday morning.

Her parents realised she was missing when they woke up at 6.30am, Western Australia Police said, and she was last seen at about 1.30am. 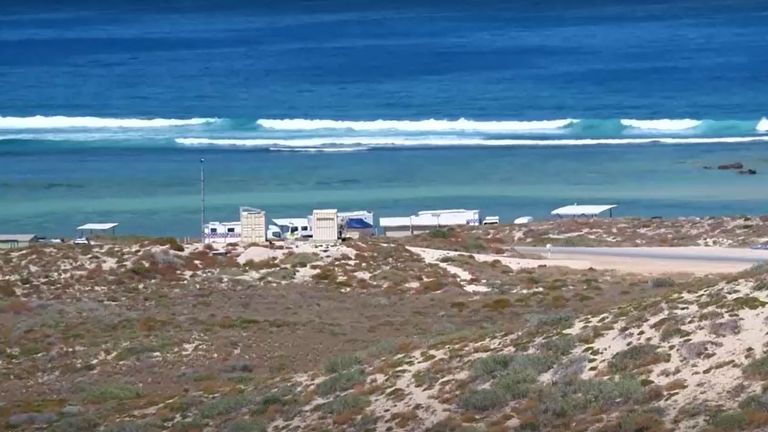 An air, land and sea search operation was launched at the weekend through the combined efforts of police officers and state emergency service (SES) crews.

Cleo’s family arrived at the campsite on Friday for a weekend camp trip, according to WA Police Inspector Jon Munday, who is leading the police investigation.

“We are continuing to focus on identifying any leads, we have our best investigators on this, we have the best searchers on this through our (State Emergency Services) and other volunteers,” he told reporters.

“We are going to leave no stone unturned.”

He said officers will continue “until we can provide some answers into what has happened to Cleo”.

“What I’d like to put out there today is that we’re really interested in anybody that was at the Blowholes campsite from Friday 15 October through to Sunday,” he said.

The girl’s father spent three hours speaking with police on Monday, according to local media.

Cleo’s father, Daniel Staines, was at work before he was asked to come into Mandurah Station, around 621 miles south of where she vanished, to give a statement, Seven News reported.

He did so willingly and there is no suggestion he is connected with his daughter’s disappearance.

Police have divulged very little information about the investigation and have not said what they believe has happened to Cleo.

But they have released a picture to the public of Cleo’s sleeping bag which is also missing from the site.

Local media reported that the family had been visiting for a weekend camping trip but were now staying in the remote area.

Inspector Munday added: “Every hour that goes by with a four-year-old out in this environment… is very, very concerning. That is why we do just hold grave fears.”

He also suggested police could consider whether Cleo was abducted.

“We are trying to cover all our bases and we are not ruling anything out. So we are going as hard as we can, as long as we can, to try and find Cleo,” he said.

Cleo was last seen wearing a pink/purple one-piece sleepsuit with a blue and yellow pattern.