Weather experts have warned temperatures will be as low as -1C, particularly in rural areas. The drop in mercury will come after the UK was hit by dense fog and chilly conditions for bonfire night on Thursday. As millions of Britons eased back into a national lockdown, they were warned to wrap up well if attending any outdoor celebrations for Guy Fawkes Night.

And on Friday parts of the UK awoke to frost and more dense fog before the weekend’s cold snap rolled in.

Londoners woke up to a “layer of mist and fog” while temperatures stayed as low as 2C throughout the day.

The Met Office said tonight in London and the south east it would be “dry and chilly” but may become “rather murky later in the night as widespread low cloud moves in from the southwest”. 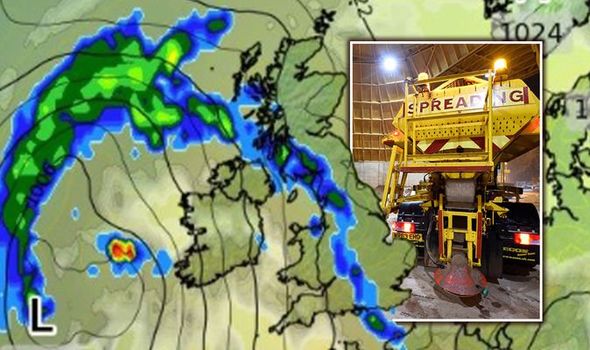 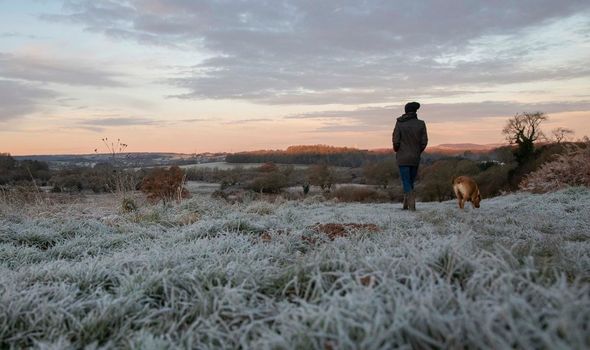 Oli Claydon, spokesman for the Met Office, told Express.co.uk: “Tonight won’t be as cold as it has been, but there will be some chilly spots”.

He warned rural areas would experience biting cold conditions and temperatures may drop below freezing.

He said: “The North and the Midlands will see a colder night, whereas in the south it will be a bit milder.

“Rural Scotland could get to freezing or just below -1C is possible. 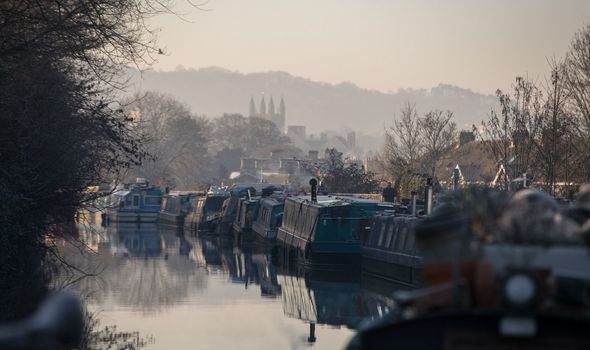 “Along the Welsh borders and in land, again temperatures will be around freezing, in Hereford for example.

“Further south it will be a bit milder. Southern parts of England, and in places like London 3C to 4C. Yeovil around 7C.

“As we move through into the weekend and next week, conditions getting a bit milder with a southerly influence.” 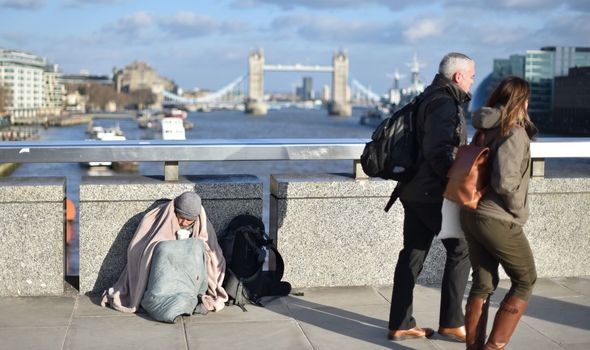 Saturday night is set to be a largely dry evening with clear spells but patches of mist and fog will form.

And overnight there may be a few scattered showers in Northern Ireland and western regions of Britain by dawn.

He added: “The high pressure which has brought the cold nights will move away. Low pressure will come in from the south which will bring milder and wetter air.

“The East will remain drier but there will be more cloud spreading across the UK and moving northwards.

“Scotland and North having the best day tomorrow, in the South more cloud. More rain on the west coast.

“The West will see the higher volumes of rain towards the end of the weekend and into the beginning of the week. Into the middle of the week rain will spread more widely across the UK.” 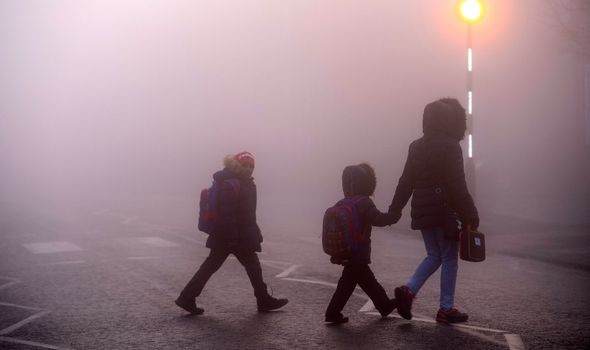 It will be cloudy on Sunday with patches of mist and fog lingering across eastern areas.

There will be scattered showers and spells of rain which will be most frequent across Scotland and western Britain.

And Monday will bring more cloud cover and scattered showers which may bring some thunder.