From Spain to France, I’ve been on plenty of beaches in recent weeks where you’d struggle to find a British tourist. But in Albufeira on the Algarve, you can’t escape them.

The beach is packed with sunbathers from across the UK who rushed to book flights when quarantine rules for travellers returning from Portugal were lifted two weeks ago.

But there’s a cloud hanging over the glorious sunshine here. Everyone knows 14 days of self-isolation upon the return home is almost certain to be reimposed. 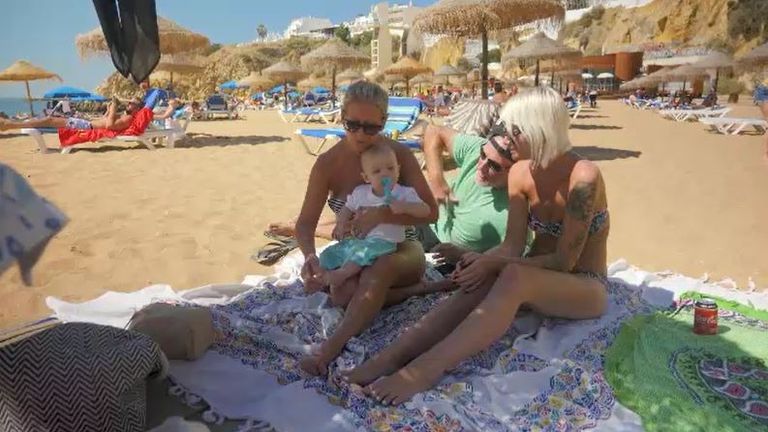 And that has put something of a dampener on the holiday for the Ashford family, who travelled here for a 60th birthday celebration.

They were kind enough to let me interrupt their sunbathing to talk quarantine.

Charli – whose mum is the birthday girl – tells me she’s been worried for days.

If quarantine comes in before their flights home it will create major headaches for some in the group – one of whom is due to start a new job on Monday.

She says they’ve tried to get flights out before any announcement but they are either booked up or ticket prices are crazy.

What’s frustrating, Charli’s dad Doug tells me, is that they cancelled the planned trip to Spain to avoid quarantine.

They never imagined it would be imposed on travellers returning from Portugal so soon after being lifted.

He reflects on the fact that in the grand scheme of things, with people dying from COVID-19, their holiday woes seem small fry.

Nevertheless, it hasn’t been the carefree break they’d all imagined.

Up at one of the bars that fringe the beach here I find a group of friends nursing hangovers.

They’re desperate to get out before any quarantine announcement but there’s just no way they can afford the flights. 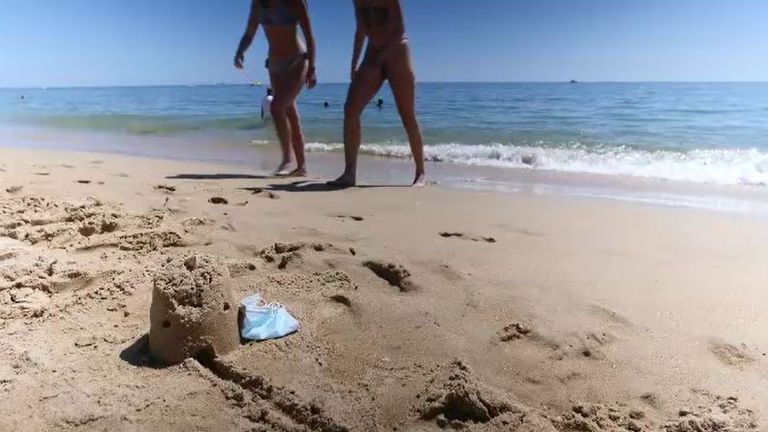 The irony is that they ended up in the Algarve after cancelling their planned and paid for trip to Croatia to avoid quarantine.

One of group is meant to be working as a nanny from Monday. She will now almost certainly have to make the call to say she can’t report for duty.

When I put it to them that they took a risk travelling anywhere at the movement they are sanguine, saying they have to take it on the chin.

And that is the sense you get from a lot of tourists.

Not everyone is angry but in the case of Portugal there is frustration that the quarantine was on, then off, and now destined to be on again.

People headed here because they had the sense things were OK. These days though, things are hard to predict.

Uncertainty and risk have become unfamiliar features of a week in the sun for UK travellers. But it seems it’s a reality we will all have to get used to.