El Nino is the name given to an abnormal weather pattern caused by the warming of the Pacific Ocean near the equator, just off the coast of South America. The sun warms the water near the equator, which creates more cloud and consequentially, more rain. Normally there are trade winds which blow the warm water west, but during El Nino, those winds weaken or even reverse, which lets the warm water normally found in the western Pacific remain or flow east.

This warm water displaces the cooler water that is normally found near the surface of the eastern Pacific, setting off atmospheric changes that affect weather patterns in numerous areas of the world.

A temperature increase of at least 0.5C needs to occur in the water of the eastern Pacific Ocean for it to be classified as an El Nino year.

Although it doesn’t come about in a perfect pattern, El Nino seems to recur every 2-7 years. Following an El Nino, an opposite phenomenon occurs, named La Nina.

During La Nina, the eastern Pacific Ocean experiences cooler than normal temperatures around the equator.

Early climate readings are currently forecasting that El Nino will not take place this year. However, the Atlantic hurricane season will arrive on June 1. 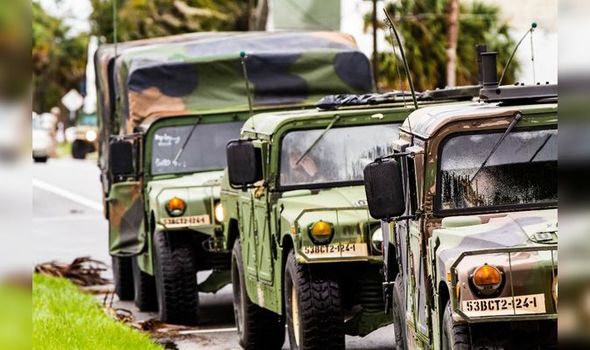 How will coronavirus impact the response to the 2020 Atlantic hurricane season?

Hurricanes are a low priority on people’s lists, as the coronavirus continues to turn the world on its head.

As social distancing becomes a household term, it remains at the top priority for medical experts who recommend people stay two metres apart.

However, as a number of tornadoes struck America’s plains and the Southern states, a rare tornado emergency was declared in Alabama.

With the likelihood of more storms to come as hurricane season looms on the horizon, many are considering a last-ditch effort to seek safety in a community storm cellar.

Some states have said that COVID-19 should not stop you from going to a community shelter. 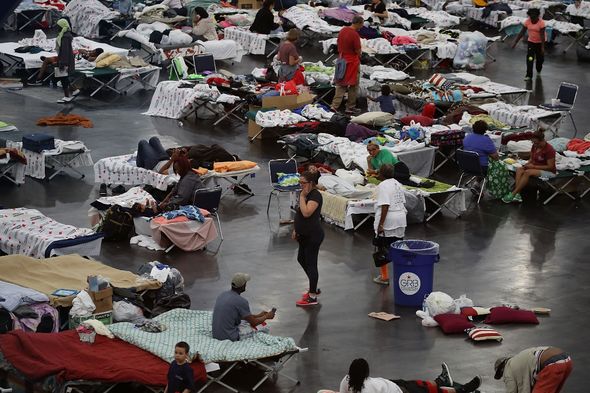 The Alabama Department of Public Health along with National Weather Services, issued a joint statement to guide residents.

It read: “The decision to seek shelter in a community storm shelter is certainly made more difficult by the consideration for COVID-19.

“At this time, the Alabama Department of Public Health (ADPH) is recommending that your first priority should be to protect yourself from a potential tornado.”

The statement also notes that if a warning is issued near you, you’re more likely to die of a hurricane or tornado than the coronavirus. 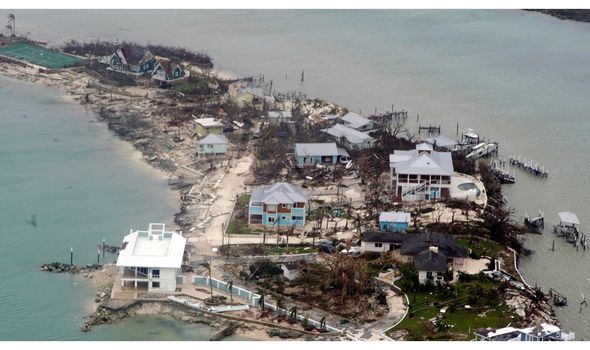 Meteorologists are aware that March is a tricky time for predictions with Earth in the throes of seasonal change, but everything points to a neutral or La Nina pattern in the summer.

El Nino is not expected to arrive for this year’s hurricane season.

The prediction was reinforced this week with updates in the European (ECMWF) and American Global Forecast System (GFS), which show calling over the next several months in the Pacific ocean near the equator, similar to a La Nina pattern.

Chief meteorologist for IBM’s The Weather Company, Todd Crawford said: “I think we have a pretty high confidence that we are not going to have an El Nino.

“We’ve had a slight El Nino conditions a couple of years now so it’s time to slosh back here toward La Nina given the natural oscillation. It’s kind of due.”

Last year, a weak El Nino gave up in August, which was an unexpected and dangerous twist to an already explosive hurricane season.

The season ended with 18 named storms, including six hurricanes, three of which were major reaching Category 3 or higher – compared to a yearly average of 12 named storms.

The 2019 season was also marked by Hurricane Dorian, a brutal Category 5 hurricane that ravaged the northern Bahamas.