Australian police have seized a black box data recorder from a ship as part of a homicide investigation into 15 deaths and more than 600 coronavirus cases.

There has been anger after authorities allowed the 2,700 passengers on The Ruby Princess to disembark last month without health checks.

Hundreds later tested positive and 15 died – more than a quarter of the country’s 51 fatalities.

Police wore full protective gear on Wednesday evening as they boarded the ship at Port Kembla, south of Sydney, to collect evidence and interview the captain.

They said it was likely to remain docked for ten more days as the 1,000 or so crew still on board get tested for coronavirus. 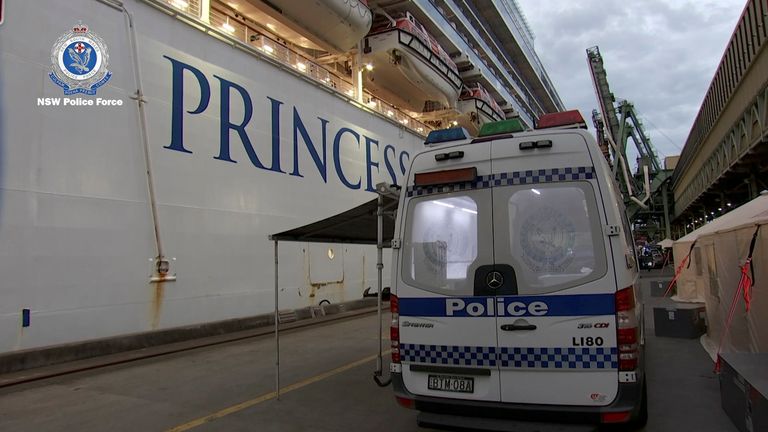 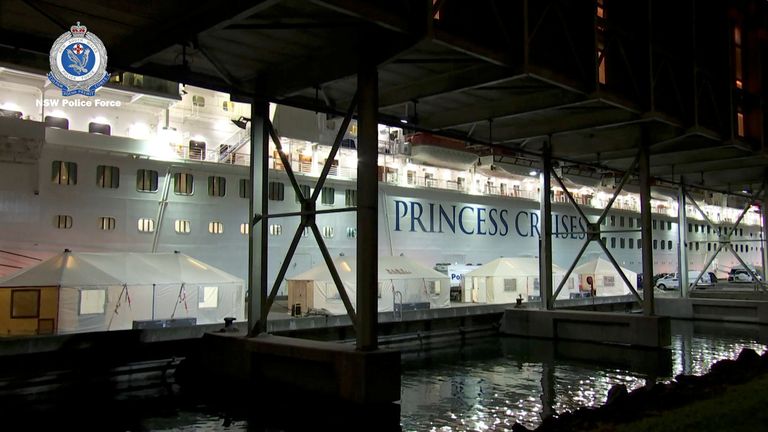 Around 200 staff are displaying symptoms, while 18 have already tested positive.

The crew come from around 50 different countries.

A black box data recorder was among evidence seized and is “very similar to that of international planes”, according to New South Wales police commissioner Mick Fuller.

Mr Fuller said the ship’s captain had been very helpful.

The Ruby Princess is the third cruise liner belonging to Princess Cruises to find itself at the centre of a virus outbreak.

The Diamond Princess docked in Yokohama in Japan for around three weeks in February after cases rose rapidly. Passengers were eventually allowed to leave and travel home under strict conditions.