While many pointed to the fall of the Berlin Wall between 1990-1991 as the catalyst for the fall of the Soviet Union, former leader of the USSR Mikhail Gorbachev offered a different view during a 2006 interview. The reason the former bloc had fallen was not because of a need for reform or a rejection of communism, in his view, but rather it was the Chernobyl disaster of 1986 that led the Soviet Union to fracture. He said: “The nuclear meltdown at Chernobyl, even more than my launch of Perestroika, was perhaps the real cause of the collapse of the Soviet Union five years later.”

On April 25, 1986, a reactor at the nuclear power plant near the city of Pripyat in Ukraine exploded, leading to a vast and deadly spread of radiation.

However, despite being the worst nuclear accident in history, the rest of the world would not become aware immediately as the Soviet leadership tried desperately to cover up the humiliating event.

Mr Gorbachev tried to persuade both people at home and around the world that the explosion was a minor event that “requires no special measures to protect the population”.

However, the Chernobyl disaster did not remain concealed for long, as the radiation reached a nuclear power plant in Sweden, where researchers were able to trace the deadly materials all the way back to the Ukraine. 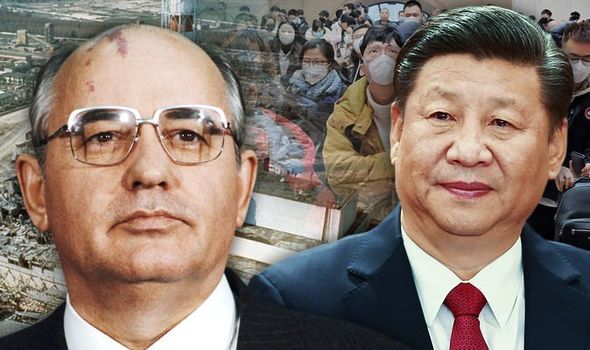 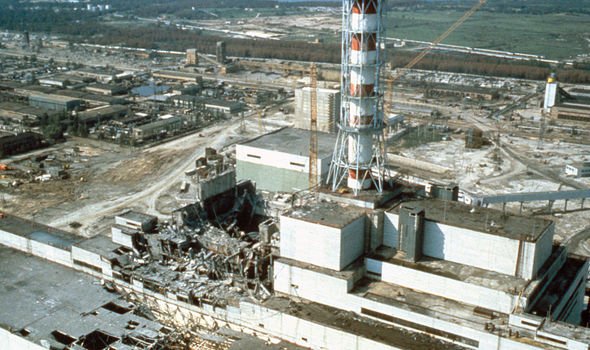 The consequences of the cover-up were embarrassing for the Soviet leadership, but history does not appear to have dissuaded China President Xi Jinping from adopting a similar approach to the ongoing coronavirus crisis.

The Communist Party in Beijing has faced growing questions over efforts to prevent news of the virus’ spread getting out of the country.

Doctors in Wuhan warned of the outbreak, but were silenced by the government.

Li Wenliang was the Chinese doctor whose warnings were shared around the world last December, but Wuhan police summoned and admonished him for “making false comments on the Internet”. 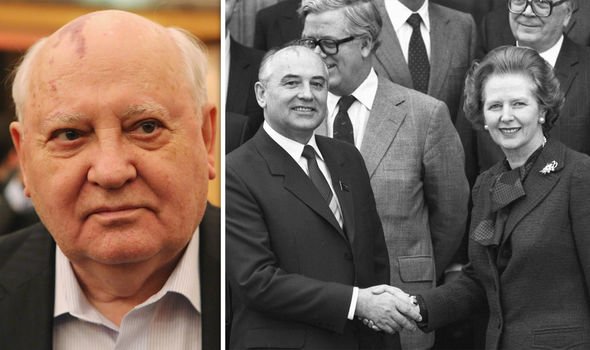 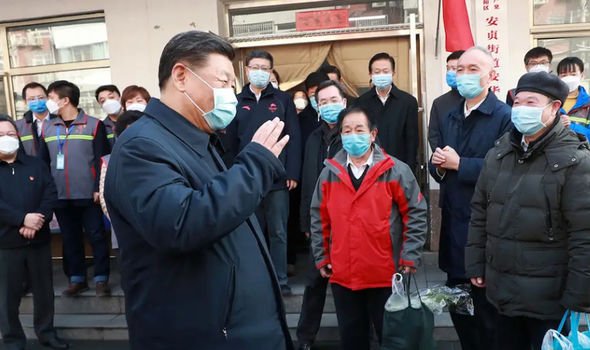 Li returned to work, later contracting the virus from an infected patient and dying from the disease on February 7.

Xi’s attempts to conceal the growing crisis have failed, as international headlines are now covering developments amid increased scrutiny on China’s leadership.

Last week, after nearly two months of inaction, the Chinese President was seen on the streets of his nation’s capital as state controlled media described his dedication to tackling the problem.

Xi had been criticised for distancing himself from the crisis, and now Beijing academics are calling for an end to the one party system and freedom of speech. 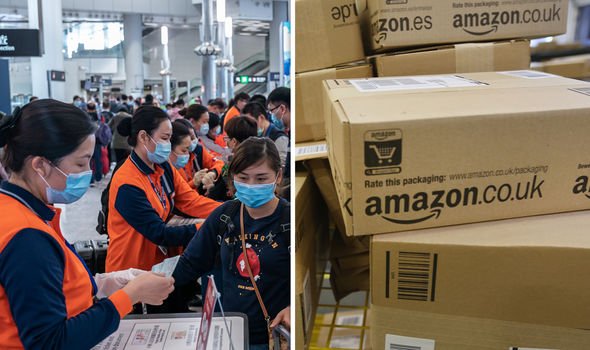 The efforts to prevent the coronavirus from spreading have resulted in strict restrictions on moving out of Wuhan, populated by around 11 million people.

The lockdown has also been extended to other parts of Hubei province, and has had a severe impact on the country’s economy.

Movement of goods and workers have been hit, and people in the country are avoiding everyday activities such as going to restaurants, cinemas, and shops.

This has also had repercussions for corporate giants such as Amazon and Apple, as well as economies around the world due to China’s all-encompassing influence on global trade.

Countries in Europe, the Middle East, Africa and Asia have all been affected by the global crisis.