Walk along the beach front in Playa de Palma this morning and some of the bustle is back.

Tourists enjoying breakfast in the early morning sun. All of them German and all enjoying what is a crowd-free holiday.

“It’s great, no crazy numbers,” one woman, who flew in from Dusseldorf on Monday as part of the first wave of holidaymakers being used to test measures to reopen the tourist industry again, told me.

And if the Germans are happy, the locals are overjoyed at having visitors back again on Mallorca – one of the Balearic Islands being used in the trial.

Thousands of Germans will be flown in over the coming days and they will be spending money in places that haven’t had customers since March.

At one of the main hotels in Playa Palma, staff formed a guard of honour for the first German arrivals, clapping and cheering.

We watched as they welcomed each one, encouraging them to keep their distance from each other, handing out masks and disinfectant gel. 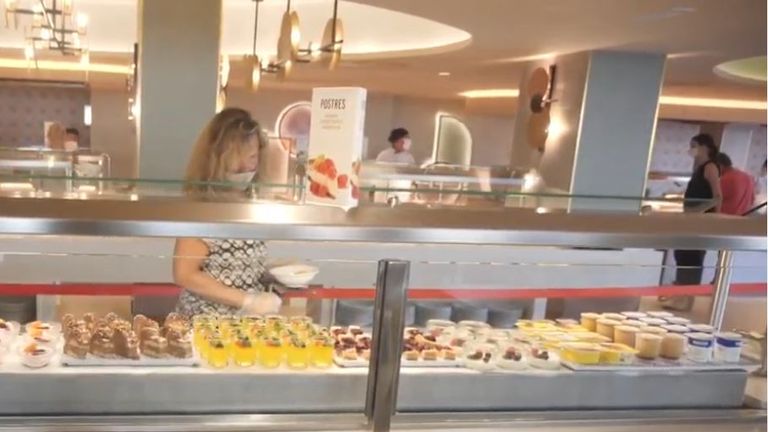 There was a buzz about the place even though the hotel – along with others on the island – can only operate at half capacity for now.

A flamenco performance was put on for the tourists who sat at tables two metres apart.

They are asked to wear plastic gloves when they go to the buffet. “It’s been hard,” the general manager tells me. “But this is the start again, more will come.”

And with Spain planning to open up to tourists from across Europe later this week, hope is high.

The question is whether the British will be coming. Spain has said they will be allowed in but there are still questions as to whether they’ll have to quarantine.

About 30 minutes west from here is Magaluf. A resort frequented by thousands from the UK every year. But since March the beaches, bars and restaurants have been pretty empty.

Except, our Spanish guide tells us, for the locals. 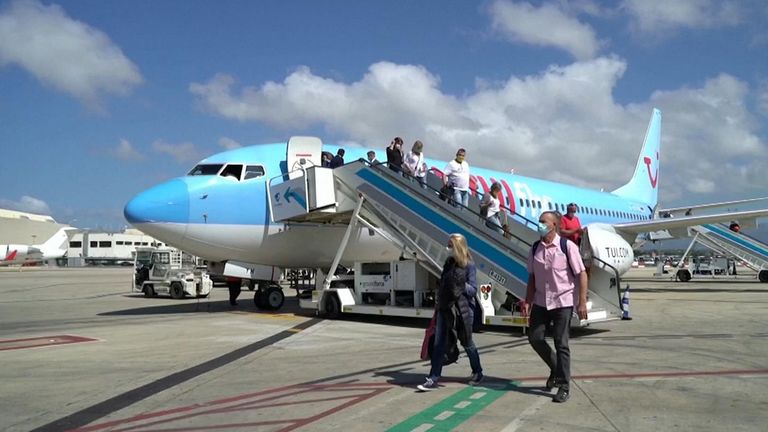 He says they’ve returned to the beaches there while the tourists have been gone. But they are no substitute for the plane loads of UK and other holidaymakers who fly in.

The business owners wait for news of the British returning. They know if quarantine is imposed the sun loungers will stay empty. 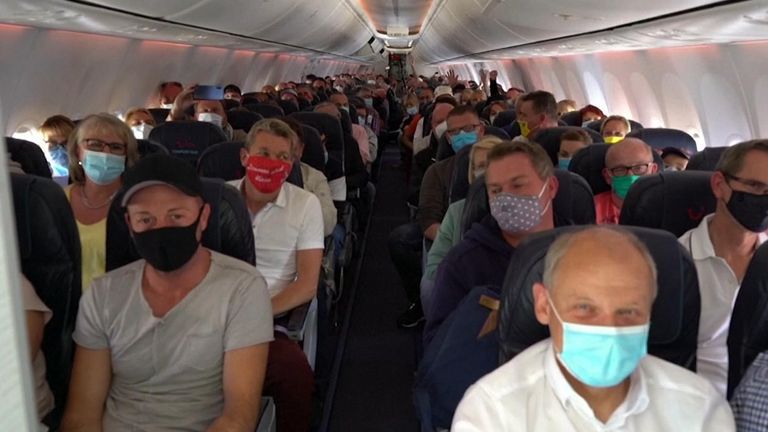 “It’s been like a horror movie,” our guide tells us. Everywhere closed. People without jobs.

And even with tourists returning recovery will be difficult. These Islands are in the slow stages of coming back, restarting an industry so important to the economy here.