On Friday the US recorded its highest daily increase in confirmed COVID-19 cases with another 57,497 identified. In nearly 40 of America’s 50 states the number of coronavirus cases is continuing to rise.

The highest number of infections are currently in Florida, Texas, California, Georgia and Arizona.

At the Mount Rushmore event Trump is expected to deliver a fiery speech denouncing those who would “tear down” America’s history.

This is a reference to attacks on statues and monuments that have taken place in cities across America over the past few weeks in the aftermath of George Floyd’s killing.

Many of those targeted commemorated key figures in the Confederacy but other status, such as one of George Washington in Portland, have also been pulled down. 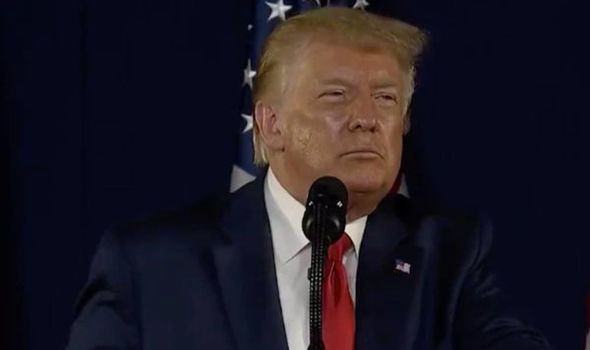 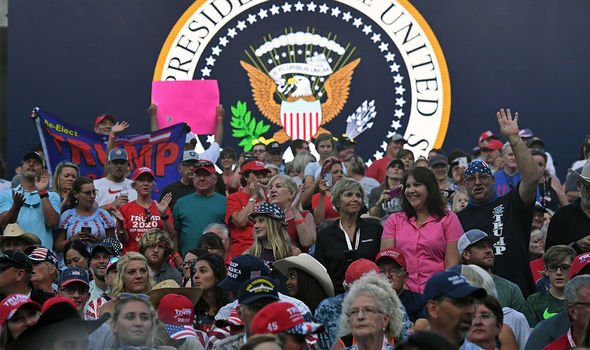 After Trump’s address attendees will watch a fireworks display to celebrate America gaining its independence from the British empire.

Speaking ahead of the event Trump commented: “We’re going to Mount Rushmore.

“’I’ll be making a speech there. 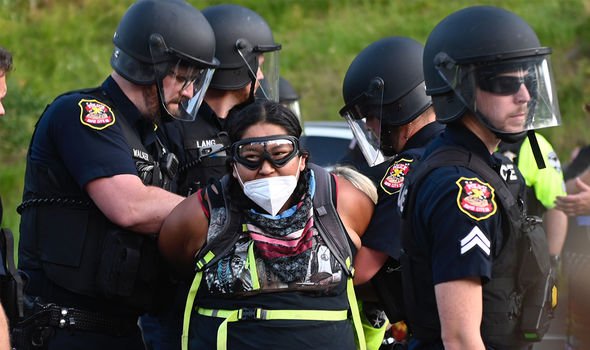 “I’ll be seeing a lot of people, a lot of different people and I think it will be a fantastic evening.”

Mount Rushmore features four iconic former US Presidents cared out of rock on the side of a South Dakota mountain.

It was carved between 1927 and 1941 by sculptor Gutzon Borglum and his son. 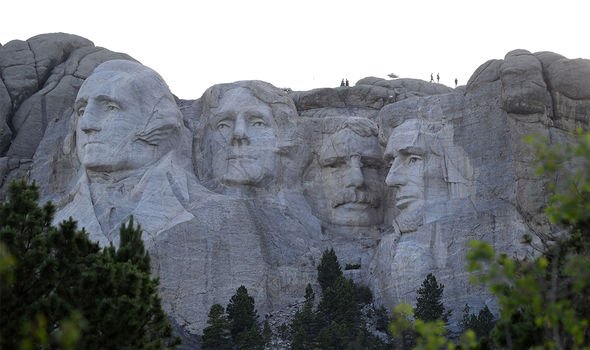 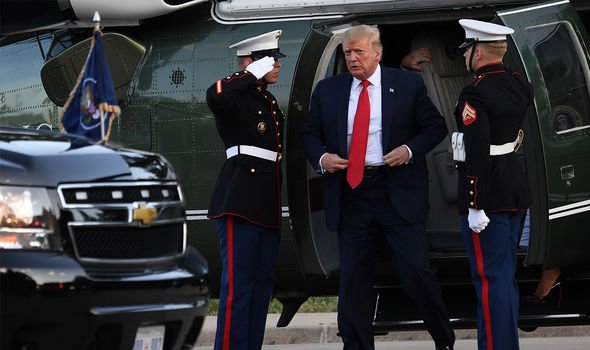 A source speaking to Associated Press said Trump plans to use his speech to attack the “left-wing mob and those practicing cancel culture”.

The President is expected to describe attacks on historic statues and monuments as “totalitarian behaviour that is completely alien to American life”.

Ahead of the event both supporters and opponents of Trump have gathered near the venue.

Independence Day celebrations across America have been cancelled or scaled back due to the coronavirus pandemic.

On Friday Florida recorded the most new coronavirus cases with an additional 9,488 patients positively diagnosed.

Major League Baseball also said 38 of its players and staff have tested positive for COVID-19 across 19 teams.

The league is expected to resume play later this month on July 23 or 24. 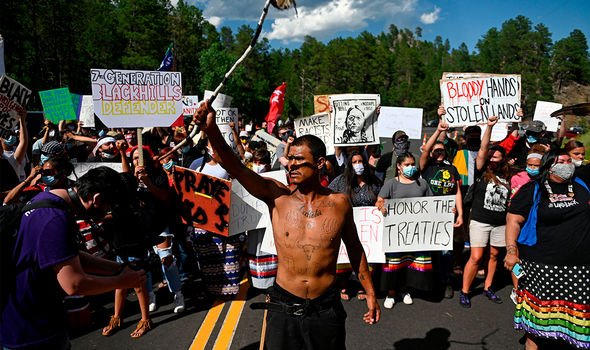 The United States has seen more coronavirus deaths than any other country in the world with over 130,000 confirmed fatalities.

It is followed by Brazil and the UK in second and third places respectively.

Trump has received criticism for only once being pictured wearing a mask since the coronavirus epidemic began.